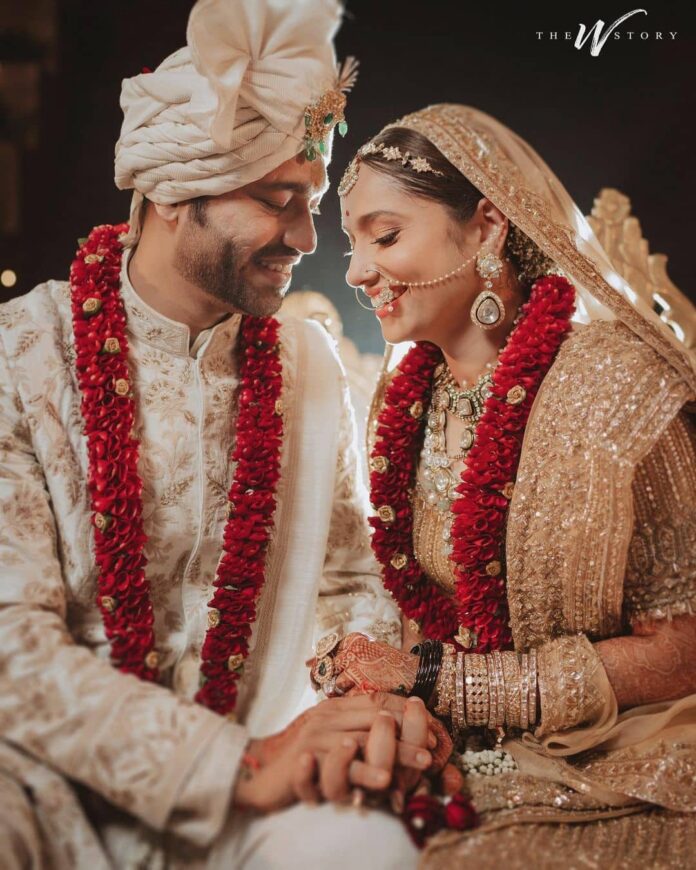 Ankita Lokhande and Vicky Jain got married on Tuesday. The two tied the knot in a lavish wedding ceremony on December 14 in Mumbai. 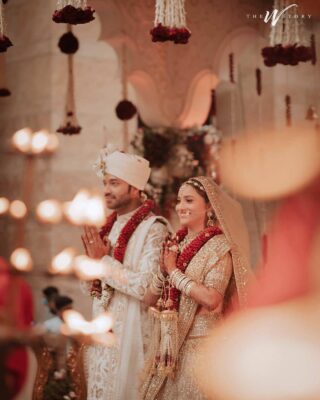 Ankita announced her marriage on Instagram by sharing several stunning pictures from the wedding. She wrote, “Love is patient but we’re not. Surprise! We’re now officially Mr and Mrs Jain!”

The Television star and her longtime beau Vicky Jain ‘s wedding was attended by the who’s who of the television industry who had a gala time attending the festivities. 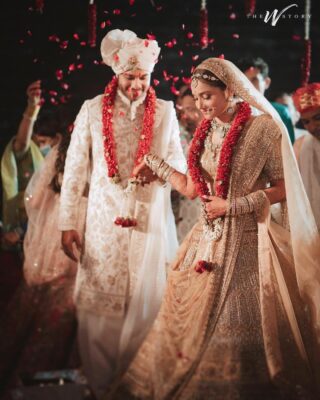 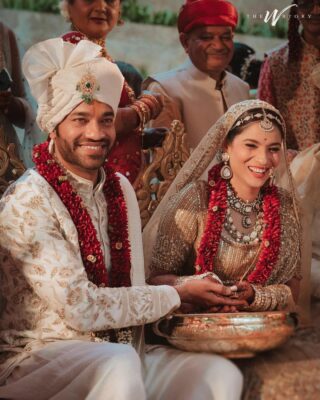 The couple had earlier called off a red carpet event due to the changing regulations regarding Covid-19 in Mumbai. 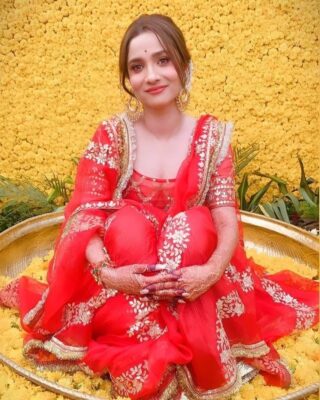 Ankita’s pre-wedding ceremonies began on Saturday with a fun mehendi ceremony which was followed by an engagement, sangeet and haldi ceremony. She wore a gorgeous red lehenga for the ceremony. 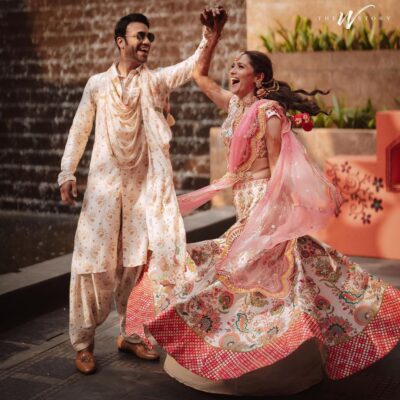 She even gave a spectacular performance with her injured foot during the wedding festivities. She was seen dancing to Ishq Bina from the film Taal. 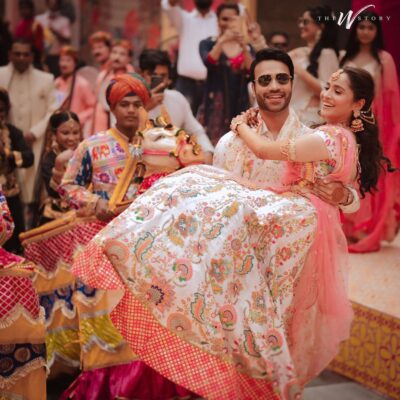 Earlier, Ankita had also given a glimpse of her pre-wedding shoot. Titled The Sands of Time, the video was shot by The Wedding Story. 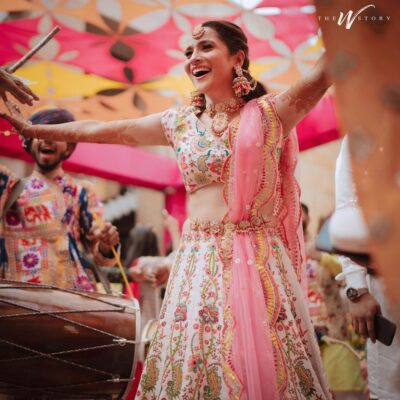 Actor Srishty Rode took to her Instagram stories to announce that the couple is now married. Later, the Pavitra Rishta star shared pictures from her lavish wedding.

The couple wore colour-coordinated ensembles for both occasions. For her engagement ceremony, Ankita looked every bit stunning and regal in a heavily embroidered gown with cut-out details. She chose a black floor-sweeping tulle dress featuring shimmery sequin embellishments, a plunging neckline, exaggerated cape sleeves, and side cut-outs that extended onto the back. 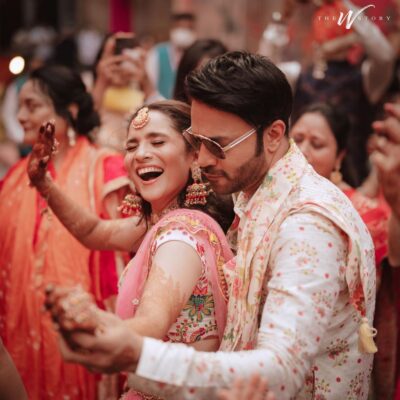 Ankita and Vicky decided upon a floral and ivory colour palette for their Mehendi ceremony. The bride-to-be and her groom looked resplendent in a bespoke lehenga set by designer Siddhartha Bansal.

Vicky complemented his bride in a matching ivory sherwani. He looked dapper in a bandhgala sherwani adorned with floral prints in pink, green, orange and red shades 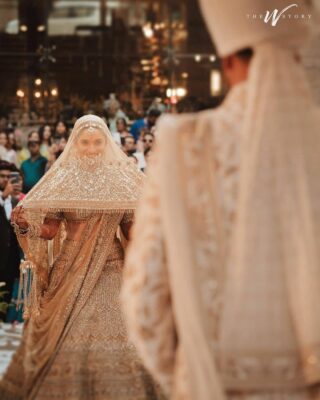 For the wedding Ankita opted for a gold ensemble from Manish Malhotra instead of the traditional bridal colours of red and pink. She appeared even more stunning than before, with a netted long trail that added a majestic touch to her whole look. Vicky Jain looked great in a white sherwani with golden blossoms and a pink turban, suiting his wife.

Bridesmaids Movies to Binge-Watch with Your Girls