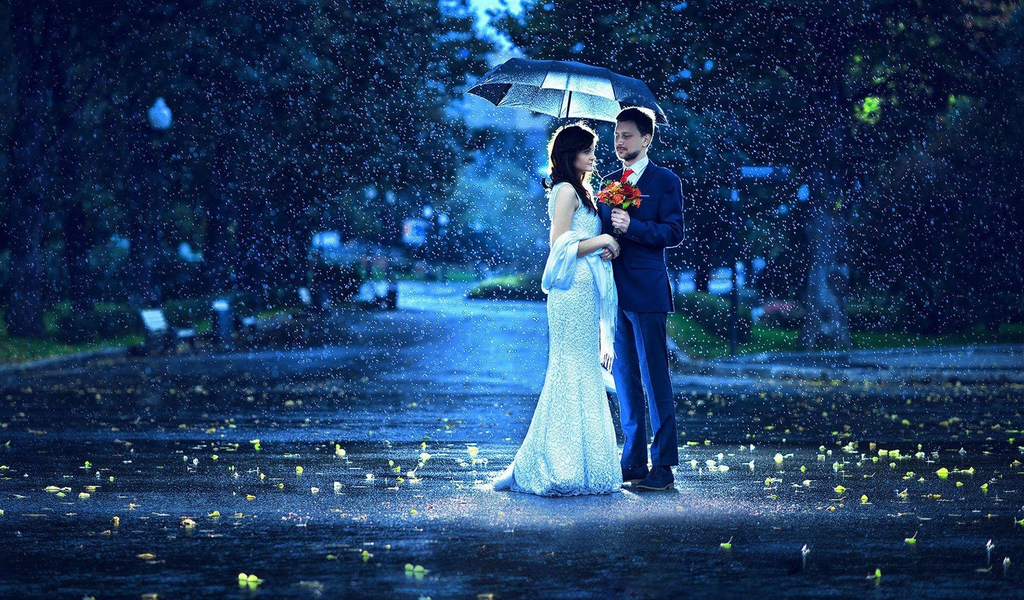 A scenic journey with your partner can definitely breathe endless romance into the equation. With the onset of monsoon, the couples might wish on visiting exotic locations within India. Wedding Affair enlists some gorgeous destinations you can visit with your partner.

The romantic city of Shillong is one of the important tourist destinations in the northeast. It is often referred to as the “Scotland of the East” due to its striking similarity with the Scottish highlands. The city derives its name from “Leishyllong”-the Superpower or God who is believed to reside on the Shillong peak, overlooking the city. Lying in the cradle of the tall pine conifers and pineapple shrubs, Shillong’s undulating terrain is a constant source of attraction for tourists from both home and abroad. The Khasi, Jaintia and Garo tribes add colour to this hilly city. Rainfall in the months from June to September ranges from average to heavy. This is the time when the waterfalls look even more stunning and Shillong look even greener. (Source: Tourism of India)

Goa opened for tourism recently, where people can arrive via private jets. Goa’s biggest draw is undoubtedly its virtually-uninterrupted string of golden-sand beaches. This coastline stretches along the Arabian Sea from the tip to the toe of the state, and each beach community has developed its own personality and reputation since the hippie days of the ’60s. They cater to every tropical whim: choose from backpacker Arambol or bolder, brasher Baga; the palm-fringed sands of Palolem, hippie market bliss at Anjuna or lovely, laid-back Mandrem; expansive groomed sands in front of fancy five-star resorts or hidden crescent coves, where the only footprints will be the scuttling crabs’ and your own. (Source: Lonely Planet)

Uttarakhand also opened tourism recently. Mussoorie, the proverbial Queen of Hill stations, as professed by the British gentry. They evaded hot, desultory summers of Delhi and Kolkata destinations by spending time here. It is at an average altitude of 2,000 metres (6,600 ft), Mussoorie. With its green hills and varied flora and fauna, it is a fascinating hill resort. It also has snow ranges to the north-east, and glittering views of the Doon Valley. And Shiwalik ranges in the south, the town once presented a ‘fairyland’ atmosphere to tourists. It lies 300 kilometres north of Delhi the capital of India, is among the more popular hill stations of India and is called the Queen among the hill stations. It overlooks the sprawling Doon valley and the city of Dehradun, the gateway to Mussoorie and in fact to the entire Garhwal region of the Himalayas.

Wayanad’s rich history stretches back to the Neolithic Age, with the Edakkal Caves one of the oldest signs of the human settlement discovered. The caves seem to have been inhabited by several humans settle over the course of time. The cave paintings at Edakkal, the burial sites around the caves, and the ancient earthenware within – these are proof of their existence. Couples can visit beautiful destinations as and when the state opens tourism again. Hence, this and its surrounding destinations are definitely worth it.

The town of Lonavala has an amazing location on Sahyadri hills. Rolling hills, dense forests, waterfalls, dams and a fort are only some of the things that Lonavala is so famous for. Tourists visiting Khandala and Rajmachi also make it a point to visit Lonavala. These three towns are located very close to each other. Lonavala is a popular tourist haunt, especially during summer when whole families come here for sightseeing. It is one of the best destinations. Tiger’s Leap leaves tourists spellbound with the fabulous views of 650 meters. The echo point is a major fascination as well. Bushi Dam is picturesque and the perfect picnic spot. Lonavala is rife with several other sights that are must-see.

ALSO READ: The warmth of romance in the Indian hill stations

Places to go Solo before your wedding

The Maldives to open for international tourists

In the Arms of Maldives

Chasing The Legacies Of India