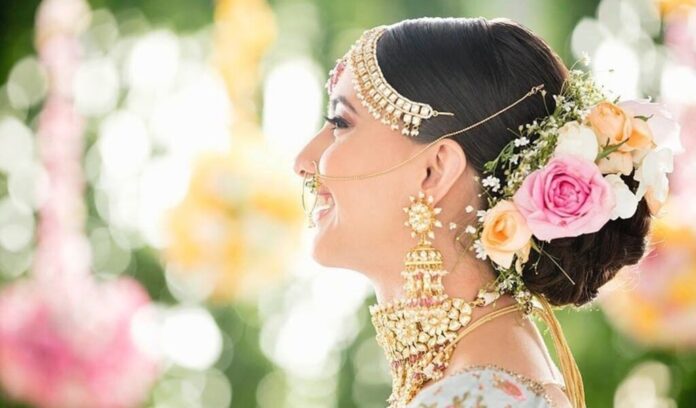 An Indian bride is considered incomplete by most if she is not loaded with jewellery that accentuates her look. Bridal jewellery often finds its connection with auspiciousness and mythical importance, hence, one of the most important aspects of bridal shopping is hunting for the right bridal jewellery. The point where the maang teeka falls is popular to be the Ajna chakra, which in Sanskrit means “to know or perceive”. The chakra is commonly of two petals signifying the holy union of male and female on a spiritual, physical and emotional level. Wedding Affair lists for you some of the most elegant pieces of hair jewellery that the bride must adorn herself with, at least in one of the auspicious wedding ceremonies. 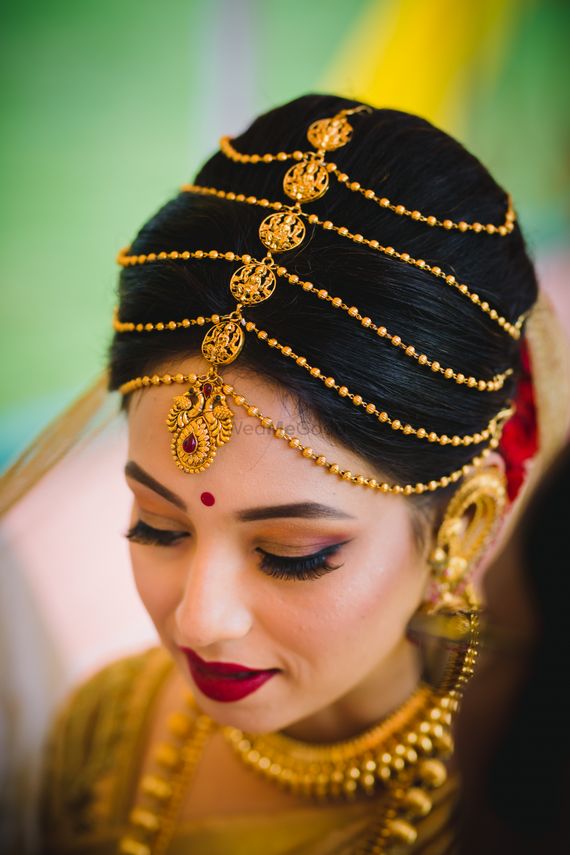 Matha Patti is immensely popular among the brides. It usually decorates the entire head. Anushka Sharma, Sonam Kapoor, and Deepika Padukone — all these brides also chose the elegant matha patti for their wedding day. It immediately multiplies the charm of an Indian bride.

A traditional Rajasthani jewellery piece, rakhdi is also very popular to adorn the royal rajputana princesses’ hair. This gained more popularity with the release of Jodhaa-Akbar, both the movie and drama series.

The maang teeka is a typically Indian hair adornment. It finds its place on the bride’s hairline with a drop pendant that gracefully sits on her forehead. Traditionally, it is popular for being auspicious for an Indian bride to wear a maang teeka on her wedding day.

Passa, also known as Jhumar, worn on the left side of the head in hair with or without tika by females especially during Eid festivals, Muslim Weddings and other occasions. Said Jewelry can be seen used in Hollywood movies like Pakeezah & Umrao Jaan. 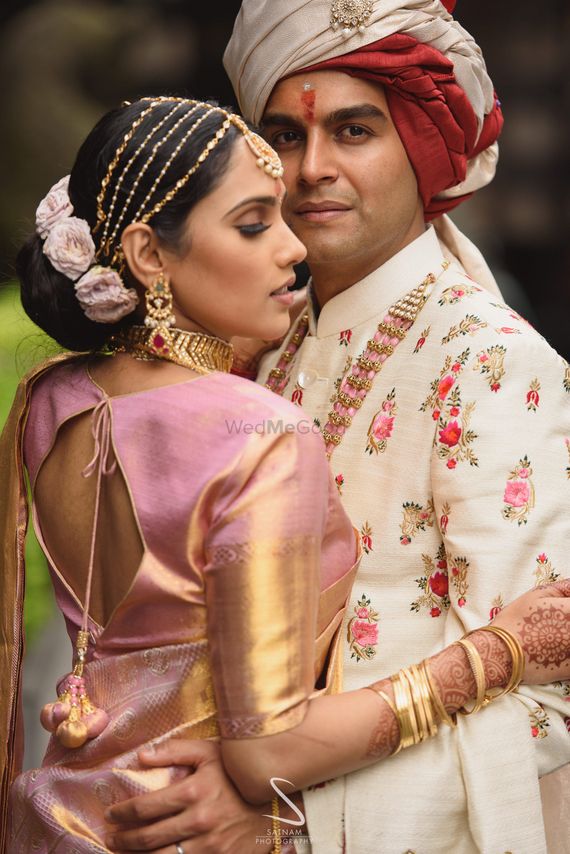 The hair chains are extremely useful for the brides as a lighter accessory. Also, these help the bride to deck up even for simple wedding ceremonies. Dainty head chains also look elegant on the bridesmaids.

The right nail colour to go with every engagement ring shape

Earrings guide for the Festive season

5 Jewellery Pieces Every Millennial Bride Should Own