Richard Quinn was the most buzz-worthy designer at the recently concluded London Fashion Week 2020 from February 14 to 18. His show at LFW naturally featured signature designs and silhouettes. Guests were invited to the “House of Quinn” held at the Royal Horticultural Halls that featured a life-size Georgian facade covered in flowers from the ceiling to the ground, as indicated by Hypebae.

According to Vogue, the show was inspired by the concept of building a house: “If we’re building a house, we need men and women in it. I’m imagining a house with rooms that have all these different people living in these interiors, whether they’re the harsh, dark and sexy S&M ones or the more romantic ones,” said Quinn.

Richard Quinn is the fantastical designer who has dressed J.Lo and Kendall Jenner for recent red carpets. This season, he supplemented his signature latex-and-daffodil dresses with Elizabethan chain mail frocks. Also, the Cardi B dress for Paris Fashion Week was much talked about. That same energy was carried over into Quinn’s Fall 2020 show in London over the weekend, where he sent out a variety of models (including men for the first time!) in fully concealed getups that hid their faces. Among the most captivating was the opening series of bedazzled couture looks with “GOD SAVE THE QUINN” embroidered all over, according to papermag.

Hypebae also mentioned that the show opened with bedazzling haute-couture gemstone looks where the models sported the designer’s signature face masks on the runway. Womenswear transitioned to Quinn’s iconic floral prints arriving in a kaleidoscope of colour combinations featured on poofy dresses and bold, stuffed sleeves. As for the men’s looks, the British designer showcased a selection of flared pants, corset-inspired jacquard tank tops, as well as feathered shell tops. 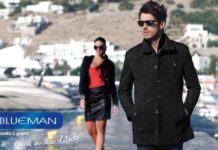 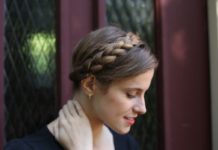 Fuss-Free Hairstyles For Your Stay-At-Home Days 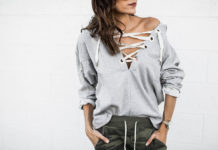 Up Your Fashion Game As You Quarantine

Runway Fashion Inspirations For The Bride

A Journey Through The Timeless Style Of Yumi Katsura