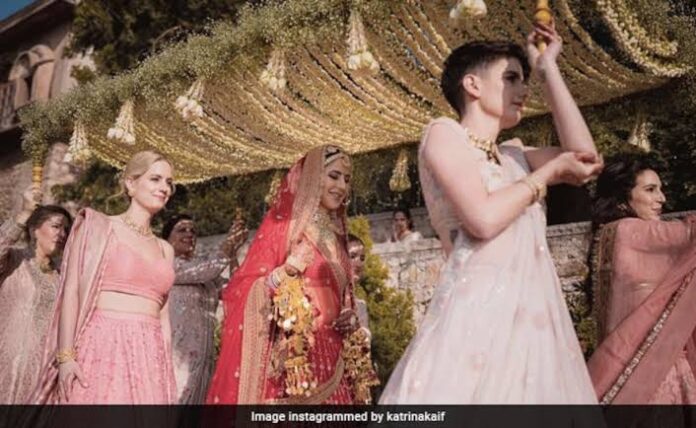 The times are yet again changing with many celebrities taking a step forward towards unconventional wedding formalities and helping in rewriting  wedding norms and rules.Here is a list of celebrities who broke stereotypes at their own weddings and inspired us in many ways. 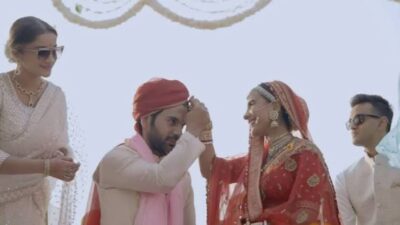 Rajkummar Rao married his long-time sweetheart Patralekhaa last year in an intimate ceremony in chandigarh. During their wedding ceremony, Rajkummar Rao placed the sindoor on his wife’s forehead and later  prompted Patralekhaa to also put the Sindoor on his forehead, and she did just that. After Rajkummar Rao says, “Tum bhi laga do”,  this beautiful moment stole hearts all over the internet. 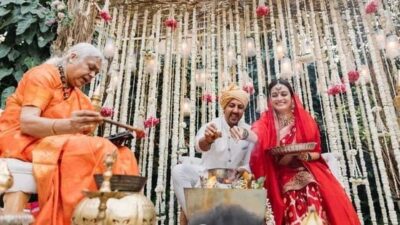 Dia Mirza and her husband Vaibhav Rekhi decided on a priestess to conduct their wedding, breaking the norms of weddings. She noted that Sheela Atta was the aunt of her childhood friend Ananya, who is also a priestess. She also spoke about how theirs was an eco-friendly wedding.Dia also highlighted the fact that they did not have kanyadaan and bidaai rituals

Katrina Kaif’s bridal entry under a phoolon ki chaadar held up by her sisters. 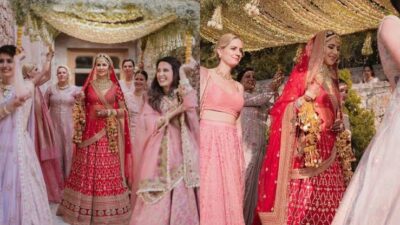 As per our customs, we only see brothers carrying Phoolon ki Chaadar as bride makes an entry. Katrina broke the stereotype as her sisters carried the same for her. “Growing up, we sisters always protected each other. They are my pillars of strength and we keep each other grounded.May it always stay that way,” she wrote. Talking about how sisters protected each other in ways many.

Neena Gupta got married at 50 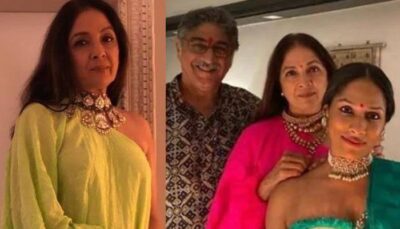 Neena Gupta and Vivian Richards were in a relationship in the ’80s. At that time, Neena broke societal norms and had a child out of wedlock. At that time, several people including Satish Kaushik offered to marry her, but she “didn’t feel right about getting married just to avoid controversy”. She raised the child alone and at the age of 50, she found love and got married to Vivek Sharma. 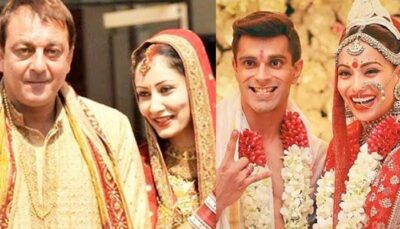 From Vidya Balan to Sridevi and Kareena Kapoor; from Bipasha Basu to Lara Dutta and Dia Mirza, several celebrities have married divorces and they are all happily married now. 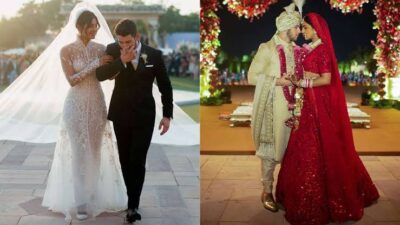 When Priyanka Chopra, tied the knot with singer Nick Jonas,  in 2018, she was 36 and Nick was 26, with a 10-year age gap between them. And the best thing is that they never hesitate about the big age difference, and the fact that their marriage is going strong, proves that age difference does not matter in love.

Celebrity couples who give us serious #couple goals

Best Sunglasses For Your Face Type