The prestigious Cannes Film Festival was due to start from yesterday. But like all the other major events this year, the festival has couldn’t be carried as desired due to the global pandemic. For now, the organisers have halted any plans for a ‘physical edition’ of the festival. The screenings due at the festival will be screened in collaboration with other film festivals later this year. Cannes has also appeared to resist calls to go down the digital route and construct a ‘virtual’ festival online, The Guardian reported. For now, all we can say is that we deeply miss the gorgeous red carpet appearances. Hence, Wedding Affair has shortlisted some of the best red carpet memories from Cannes Film Festivals across the years.

People’s favourite Lady Di walked the red carpet in a flowing chiffon blue ballgown at the 1987 Cannes Film Festival. She attended the Cannes Film Festival with Prince Charles by her side. The princess was seen in a pale blue Catherine Walker strapless chiffon floor-length gown. 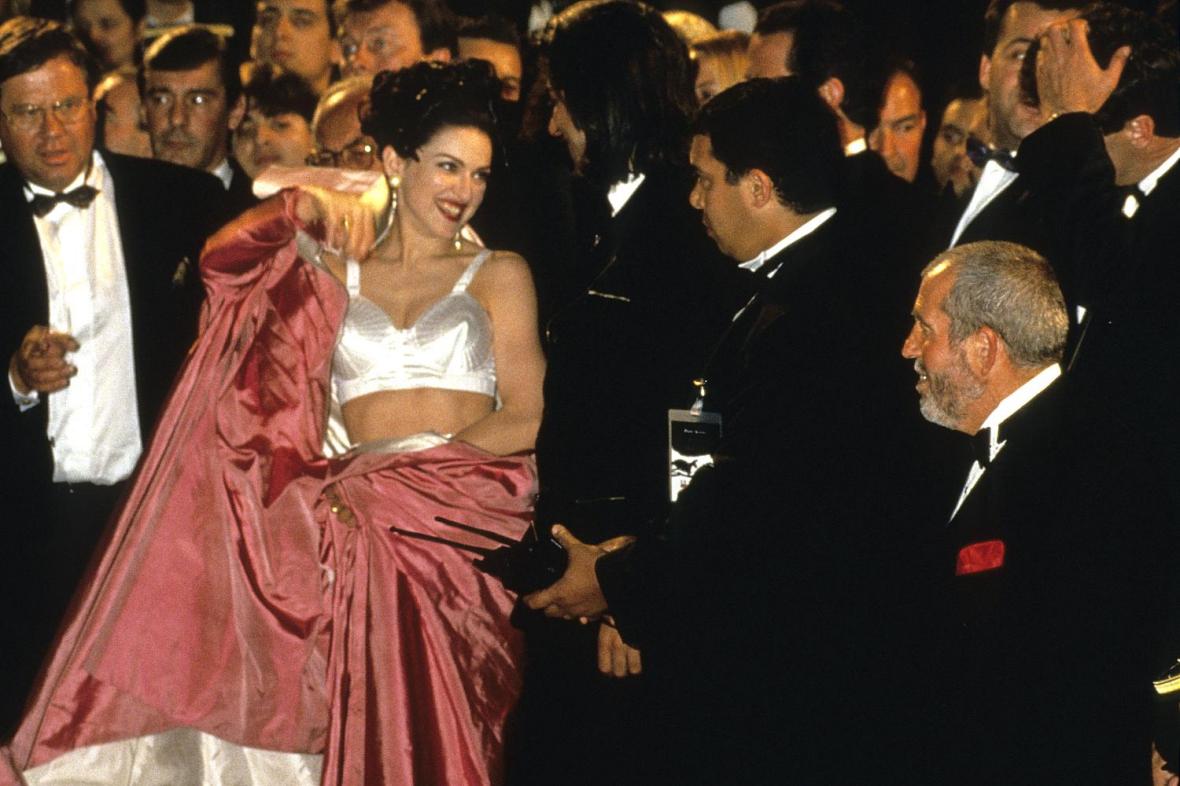 In 1991, Madonna showed up to the Cannes Film Festival premiere of Madonna: Truth or Dare in a silk bra and tap shorts and Pepto-pink overcoat by Jean-Paul Gaultier. This was a stunner for audience globally, never expecting such a look at Cannes.

The supermodels posing for the paparazzi at the 1998 Cannes Film Festival is till date one of the most iconic pictures from the history of red carpets.

Jennifer Aniston wore a beaded halterneck gown to the premiere of Troy at the Cannes Film Festival in 2004. This Versace gown garnered quite some attention as did her appearance with her then-husband Brad Pitt. The doting couple had posed smilingly at the red carpet.

She had shaved her head to star in V For Vendetta when she walked the red carpet in Cannes for the premiere of Star Wars: Episode III – Revenge of the Sith – in which she played Queen Amidala.

The singer became the talk of the town with this appearance as the latest L’Oreal girl. That evening the singer/designer arrived on the red carpet with her husband Gavin Rossdale, to attend “The Tree Of Life” Premiere.

She is the master of wearing vibrant colours. She killed the style competition at the Cannes Film Festival’s Opening Ceremony Wednesday in a grasshopper-green Gucci gown. That happened to be another sentimental dedication to Africa. 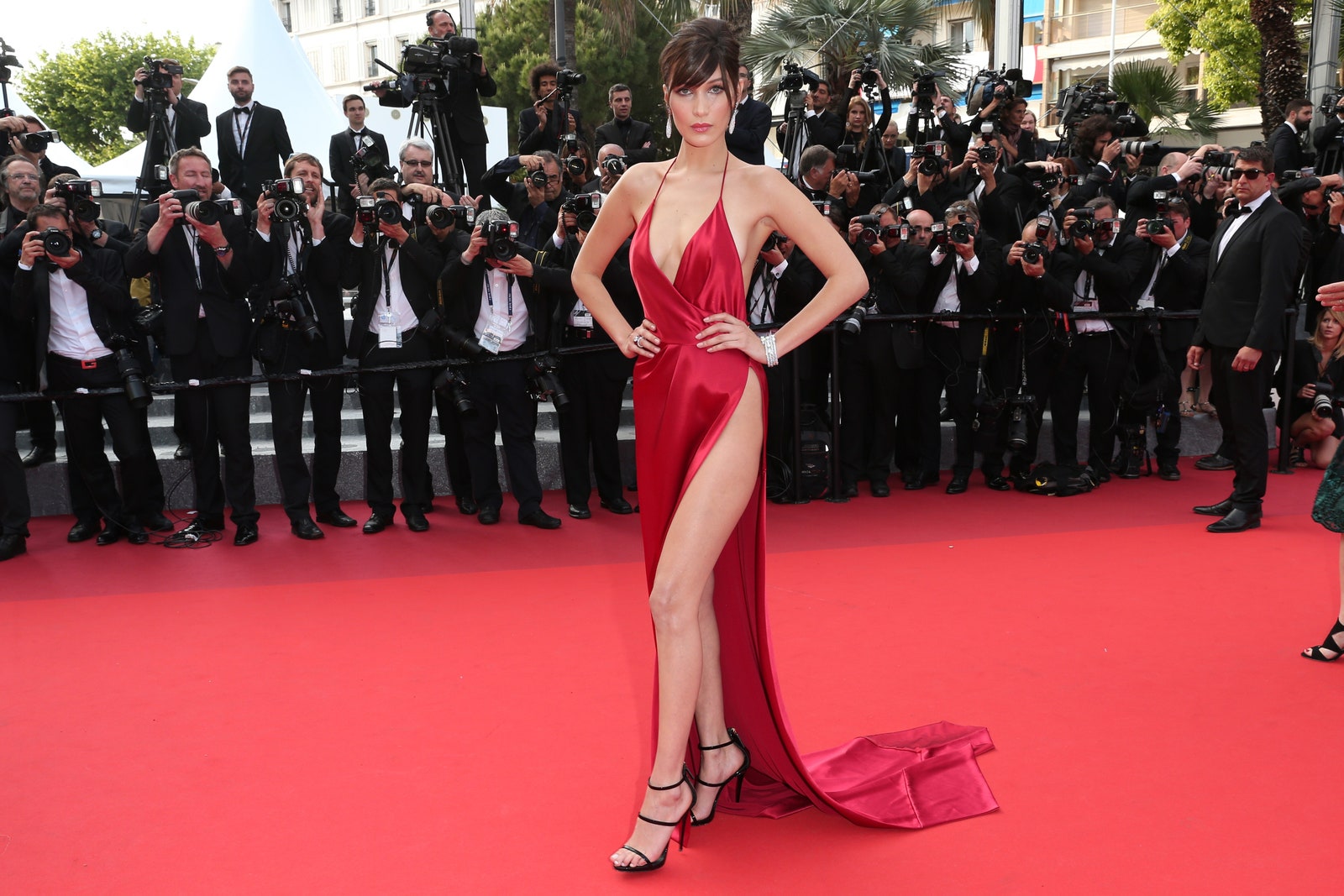 The younger Hadid sister made a whole lot of buzz at the premiere of The Unknown Girl (La Fille Inconnue) in Cannes. She graced the carpet in the sexiest gown ever — a red silk gown from Alexandre Vauthier Couture.

All delicate embroidery and sculpted-to-perfection pleats, the icy blue Michael Cinco gown was the perfect combination of elegant and theatrical. The princess style ball gown still remains etched in our memories as the most wonderful outfits at Cannes ever.

The singer opted for a goth-meets-glam look, donning a black strapless Ralph & Russo gown for the unveiling of her new jewellery collection with diamond purveyor, Chopard. This was considered a game-changing red carpet look.

Walking the red carpet before a screening of Spike Lee’s BlacKkKlansman, Kristen Stewart pointedly removed her black Louboutin heels. “If you’re not asking guys to wear heels and a dress then you can’t ask me either,” she had said in 2017.

She appeared at the premiere of Girls of The Sun in a gorgeous, very sheer pink princessy gown with pretty tulle details. This established itself as one of the most naked dresses of all time.

Rather than wearing a giant ball gown, the actress wore a Chanel Couture sequined tunic and sequined black pants for her first time ever on the red carpet there.

The actress handpicked a pristine white layered tulle gown from the studios of Georges Hobeika. She accentuated her look with a diamond necklace and earrings, designed by Chopard.

Ways to style your scarves this summer

5 Unconventional Outfits For The Millennial Groom