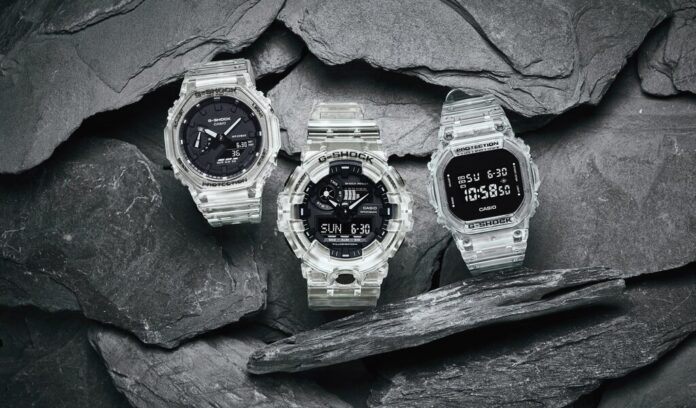 Moving away from its more premium all-metal offerings as of late, Casio G-Shock has been steadily offering playful, colourful versions of its signature watch in a lightweight material. G-Shocks come in countless iterations. They’re black, white, pink, and gold. Plastic and metal. Inspired by snakes, samurai helmets, and volcanic lightning. And now, thanks to a new drop, they’re clear. Clear as a glass bottle, clear as a fishbowl. All the better to focus on their iconic shape (and, perhaps, the skin of your wrist).

They give the wearer G-Shock’s sturdiest and most popular base designs in Transparent Gray for series numbers GA2000, GA900, and GA110 and Transparent White for the DW5600, GA700, and GA2100 model lines. Collectively, G-Shock calls these timepieces the Transparent Pack. They were all created with a semi-transparent resin that’s eye-catching and sleek in an understated way.

Its newest release maintains that same futuristic appeal with a transparent edition of the DW-5600, as part of the Skeleton Series. Still featuring all the functional aspects like impact resistance, water-resistance, and long battery life, the G-SHOCK is made from transparent resin which goes from the 42mm case all the way down to the band. There are technically two colourways, Transparent White and Transparent Grey, the former light and bright and the latter bringing a smoked-out, tactical vibe. 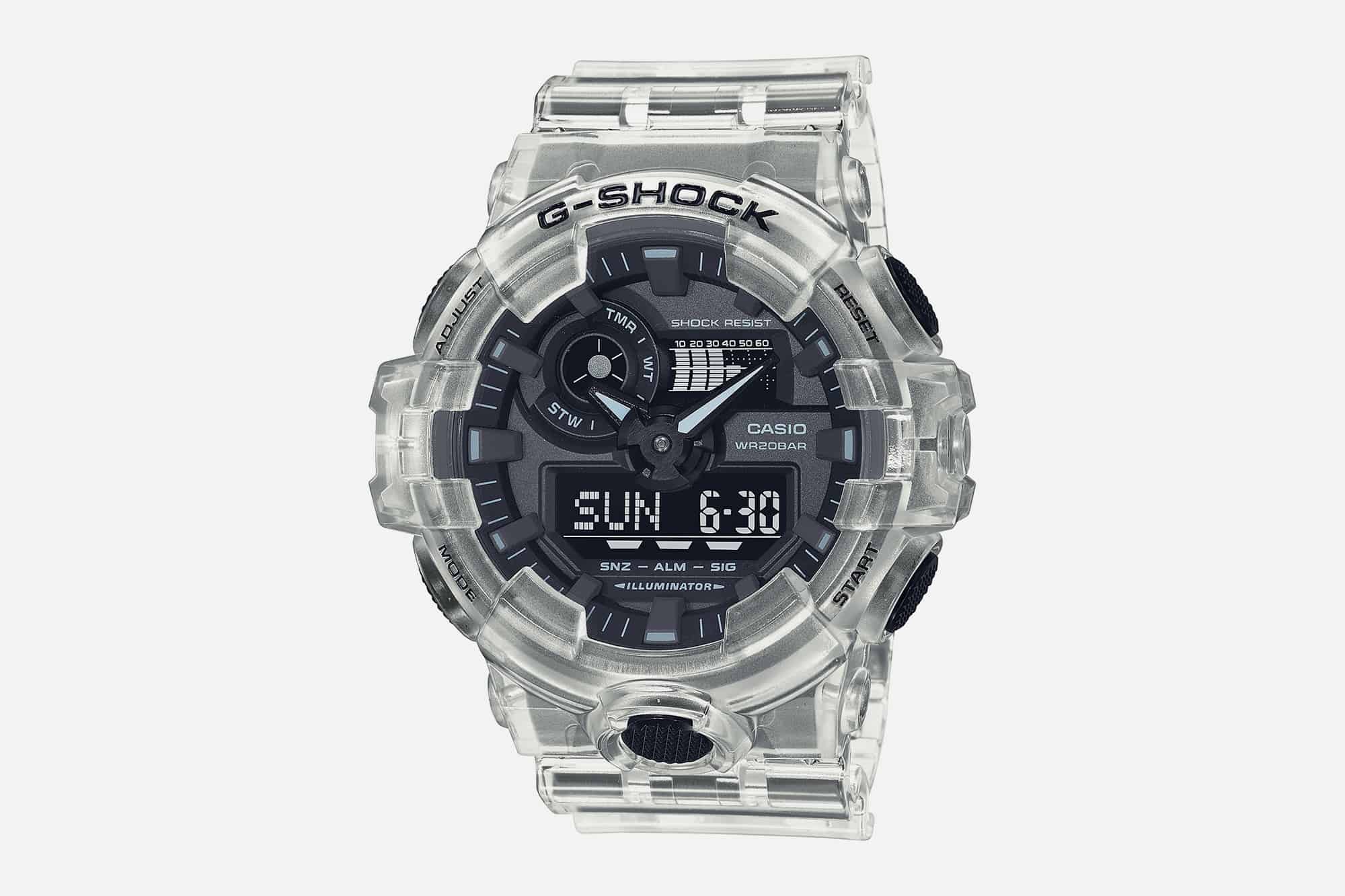 G-Shock has put the new watches all on a browsable landing page that lets you see the difference between the two new shades. You can also see what the new transparent designs add – or rather, subtract – from already extant versions of popular models.

ALSO READ: Choosing the right lipstick shade for your skin