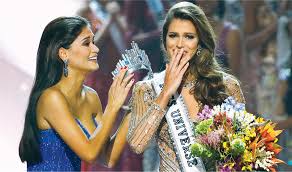 To win a Miss Universe beauty pageant is like a dream come true. Young girls work hard on aspects like mental and physical attributes to emerge as the winner of the most prestigious beauty contest in the world which is further followed by Miss world and Miss Earth. The contest witness enchantresses and beauty goddesses on a single platform, under the same roof to choose the one deserving girl out of all 80 contestants from all around the world.

Iris Mittenaere has been crowned Miss Universe 2017 from France. The brunette beauty went on to the worldwide competition after being crowned Miss France 2016. Iris is a native of Lille, a city in northern France, and her platform throughout the competition has been advocating for dental and oral hygiene. The 24-year-old has a keen interest in the subject and is currently working towards a degree in dental surgery, and with that movie star smile of hers, she’s basically a walking advertisement. She was crowned by Miss universe 2016, who was Miss Philippines. Iris Mittenaere becomes the second Frenchwomen to be crowned Miss Universe. Only 15 other countries, including India have sent fourth multiple Miss Universes.

The question which led her to this never ending victory was,

“Name something from the course of your life that you failed at, and tell us what you learned from this experience”

to which Miss France answered….“I have failed several times in my life. I thought I failed the first time I went out on a casting because my name wasn’t on the list, and the very next day I found out that I was in a new book. So, I think that when you fail, you have to be elevated, and you have to try again and keep going. If tonight, I’m not one of the winners, I would still have had the great honor of being one of the three finalists. So, I think that I have failed before, but for me this is a great first opportunity.”

The prizes and perks that she received after winning Miss Universe was a diamond tiara and loads of goodies from sponsors, including a year’s supply of wardrobe and personal care products. The opportunity came with a full-time yearly commitment for a salary and paid for upscale accommodation in New York.

Miss Universe 1994, Sushmita sen was also seen as one of the judges and looked admirable in a black gown. 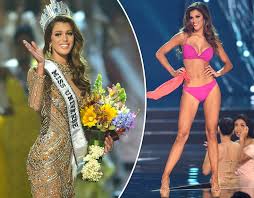