It was a dreamlike ceremony set in the most tranquil marine environs when the bride-to-be Havisha Mehta and groom-to-be Vedang Patel set sail to their onward journey by getting engaged on the Royal Caribbean Cruise, Singapore. The beautiful sundowner engagement themed ‘Royal Rendezvous’ was done in the English style and was attended by 400 guests as the couple exchanged their vows and rings on November 9 on the cruise.

The celebrations began on November 8 and continued till November 11, as the couple and their families revelled in various theme parties for the engagement. The first day began with a lunch and proceeded with an ‘RDM — Remix Dance Music’ night where the family and guests danced and celebrated with vivacity and humour. The day was followed by days celebrating the engagement replete with lunches, pool party and Bollywood night till November 11. The family, although organised a Christian engagement ceremony for the couple, didn’t forget to seek Thakurji’s blessing, by also indulging in Thakurji’s Sewa.

The engagement was a grand success owing to the love and efforts of the couple’s family. Havisha’s parents, Dharmesh and Shailja Mehta, and her sister and her husband, Neelima and Nikunj Sanghavi along with Vedang’s parents, Ashok and Tejal Patel, and his sister Priyanka curated each ceremony with utmost care. The entire engagement and event experience was stylised and curated by ‘Swaaha Weddings & Experiences’.

Havisha looked straight out of a dream as she was adorned in jewels by Archana Aggarwal and couture by Dolly J. She also donned Gauri And Nainika couture later on. The beautiful shots were captured by Luv Isrrani Photography, and her makeup was done by Bianca Louzado Creative Make-up & Hair Design.

The lovely couple’s engagement ceremony was as beautiful as their love story. The couple had met in Boston where both of them were pursuing their graduation. Later, when Havisha moved to London to pursue her Masters from King’s College London, Vedang adorably planned a proposal for Havisha in front of St. Paul’s Cathedral in London. As awe-struck as Havisha was with the surprise, she said yes, as they later went to Restaurant St. Pauls — Madison to celebrate.

The love story was marked even more exceptional as Havisha’s family flew to Mumbai immediately, Vedang’s home, to perform an ‘e-roka’ for the much-in-love couple in London. “We are completely opposite personalities but we somehow clicked. He flew into London thrice to meet me while I was in King’s London. The proposal was a great surprise. He just asked me to dress up well for a play and there at St. Paul’s he proposed me in the best possible way. It was beautiful,” Havisha said. 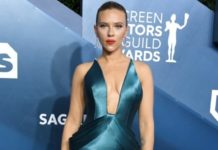 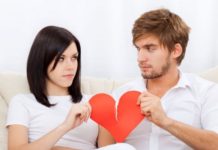 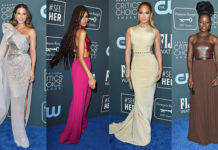 Carve your wedding in mystical themes with Mapsor Weddings