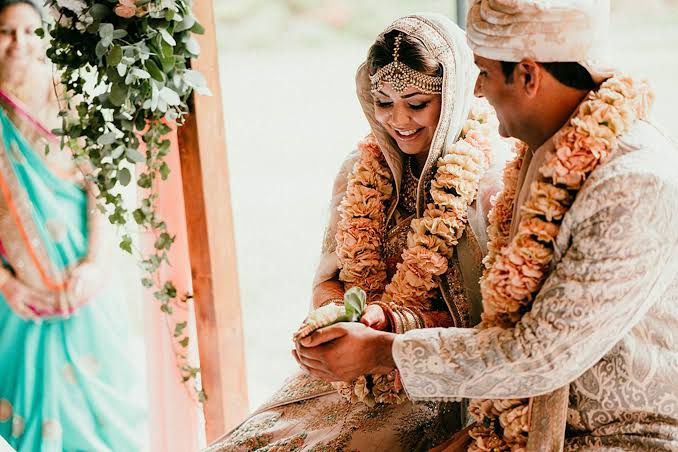 The past year has seen too many celebrity weddings. With celebrities whipping out photos on social media of their different ceremonies. Whole Hindu weddings seem to have to.many ceremonies the significance and reason for it has not been known to everyone. 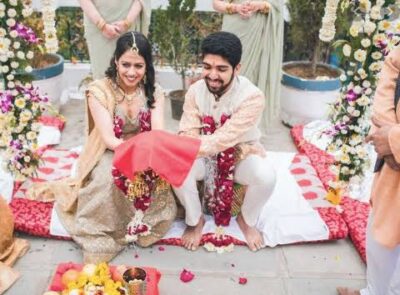 Roka ceremony is considered to be the first step towards the marriage. It is like an official announcement of the consent of both the bride and the groom to get married to each other. In this ceremony, the families of two sides gather for the first time and exchange sweets, gifts and dry fruits with each other. 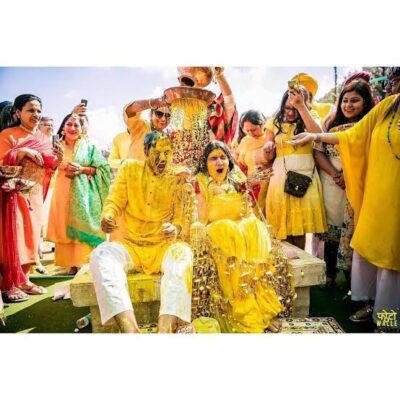 this tradition takes place. The two families get together and spread a lotion of oil, water and turmeric on the bride and groom. This mixture plays a role in blessing the couple.After the haldi ceremony, when the paste is rinsed off, it helps to remove dead cells and detoxify the skin. It is proven to be an effective exfoliating agent.It also marks an auspicious beginning of a new life together 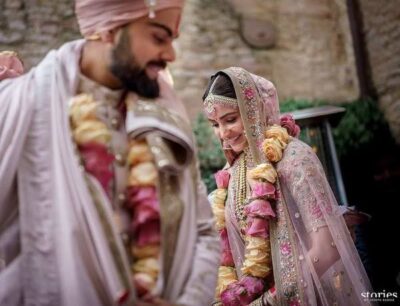 the Saat Phere are very significant for a Hindu wedding. Keeping fire as the witness the couples dupattas are toes together as their take seven pheras. The first vow is a prayer to the Lord for provision and nourishment. The second vow stands for strength and togetherness in all situations.The third vow is for prosperity. The fourth vow is for families. The fifth vow is for progeny. The sixth vow is for health and finally the seventh one being that of love and friendship. 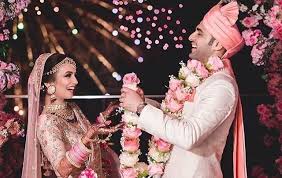 Jaimala’ directly translates to ‘victory garland’ as princes and kings returning home from battle were greeted with flower garlands.The jaimala is a token of acceptance. When the bride and the groom exchange the garland, it symbolises the acceptance of the would-be man by the would-be wife as her partner for life. This tradition has been in practice since the Ramayana and the Mahabharata days. 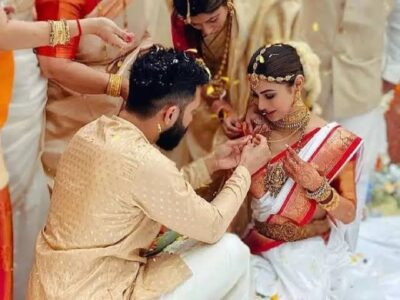 Worn as a symbol of marital status, it is a promise made by the husband to the wife of staying together forever. It also symbolizes the union of two souls (husband and wife), and protects them from all the evil in the world.Following the Hastamelap, the Bride moves to sit on the Groom’s left side, taking the closest position to the Groom’s heart. He then proceeds into the ceremony called Mangalya dharanam and places the Mangalsutra around her neck and applies sindoor, red vermillion (also known as kumkum), to the center of her forehead. These two offerings signify the Groom’s devotion to his Bride and the Bride’s new status as a married woman.

Token Of Love For Your Bridesmaids

5 Bollywood Songs To Spill The True Vibes Of Ganesh Chaturthi