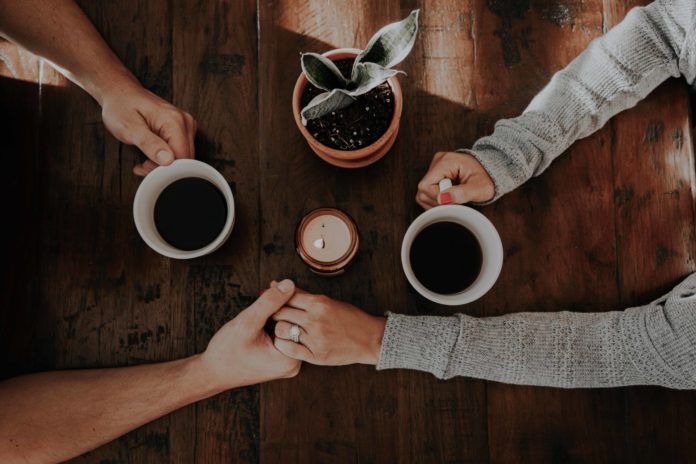 Aman was the kind of guy who preferred to remain hidden behind his friends, siblings and colleagues. The back-bencher of the class, not because he performed any tricks or flew paper planes behind the teacher’s back, but because his existence was concealed. He never had a girlfriend, neither during his graduation nor during MBA. He was the ‘shy one’; part of the popular boy gang, still invisible to the world. The not-so-popular guy, Aman was unable to hold a conversation with a girl beyond work.

But now, his marriage was finalised. Three months from now, that is, on March 25, he was going to tie the knot.

Aman celebrated his 29th birthday exactly two months ago. The sword of marriage had been hanging on his head from the past two years and became unavoidable. Aman’s parents had started their search for a suitable girl for him, one year back, but there was no success. After a rigorous search and meeting umpteen number of girls with his parents, Aman had finally found someone with whom he had to spend the rest of his life. Her name was Aisha Elwadhi.

It was the first time Aman was meeting Aisha without their families being around. They were supposed to meet on the upcoming Saturday in the coffee shop near his house at dusk, around 4:00 p.m. Aman had reached 15 minutes earlier than the decided time. He wore a nice, crisp pink shirt with rolled-up sleeves, trying to look as confident as his attire. But his face, as usual, gave away his nervousness. As he sat there waiting in the coffee shop, all kinds of thoughts kept running through his mind.

“What am I going to say to her? What should I talk about? I hope I don’t get awkward. I am just too tense about the meeting. What if she gets bored? *Fingers crossed* I hope everything goes well.”

Aman was eagerly awaiting Aisha’s presence, looking at his watch again and again. As the clock struck four, the door to the coffee shop opened and he could see Aisha’s eyes searching for him amidst the crowd. Aisha was on time and Aman was already impressed with her. Dressed simply in a plain red top and a black jacket, silver danglers in her ears, her beautiful hair falling on the shoulders and a hint of gloss on the lips; Aman was left part speechless and completely mesmerised. He couldn’t take his gaze off her kohl-rimmed eyes. He seemed lost. Lost deep in Aisha’s thoughts.

With a jerk, he was brought back to his senses. Aisha had been standing in front of him for the past two minutes, and he gawked back at her, unknowingly.

Embarrassed, he hastily stood up, spilling the entire glass of water on himself. His face turned red with self-consciousness. This was already turning out to be the worst meeting of his entire life.

Aisha asked for a waiter to clean-up the mess as she grabbed a few tissues herself to help Aman. After the entire mess was cleared, Aisha extended her hand towards Aman for a formal handshake. He was sweating profusely. He didn’t know what to do. Aman nervously took her hand and extended a very mild handshake, giving a feeble smile.

For the next few minutes, both of them sat silently opposite each other, looking here and there; Aman trying to avoid eye contact with Aisha, and she, struggling to avoid the uneasiness of the situation. No one knew where to start the conversation from. Finally, Aisha spoke to break the ice.

“Aman, it’s okay. You don’t need to feel embarrassed. Such goof-ups can happen with anyone. And anyway, meeting outside of the family for the first time can be a little awkward.”

Aman was relieved to hear those words coming from Aisha. He was finally able to look at her. His shoulders eased out a bit but he still couldn’t stop fidgeting with his hands. Mustering a little courage, Aman said, “Sorry for all that mess. The glass just slipped.”

“How was your week?”

“It was quite hectic. The deadline for the presentation was preponed and the whole office turned into a mess.”

“Your job is quite demanding it feels.”

“Yeah, it is. Sometimes you don’t even get Saturday’s off if the workload is too much.”

It was visible from their conversation and body language that Aisha was trying to hold a chat, making an effort to make Aman feel as comfortable as possible. Aman, on the other hand, was quick enough to notice Aisha’s efforts. He was trying to stay calm but his mind was still stuck on what had happened earlier, how he had messed up big time.

Aman absent-mindedly asked Aisha about her week. “It was amazing,” replied Aisha excitedly. “The client approved our creative in one-go and trust me, getting them to do so is such a difficult task.”

“But why is it so difficult?” asked an intrigued Aman.

“Well, you see, in this creative line, the client always wants on paper exactly what they picture in their minds. While doing so, there are bound to be some discrepancies and difference of opinions,” sighed Aisha.

“But at least you get to unleash your imagination!” exclaimed Aman, now fully immersed in the conversation.

“Yes that is the good part,” agreed Aisha.

They continued chatting and went deep into the conversation. So deep that they forgot to order anything. By then, even Aman had loosened up. From their hobbies to instances from their childhood, they talked about every topic that came to their mind. They realised they were on the opposite ends of the world. Still, there was no stopping their conversations. They wanted to discover each other’s world, know everything about them.

Aman was hesitant in the beginning, he couldn’t open up to Aisha. And how could he even get comfortable in such a short span of time. Neither he ever had a girlfriend or even girls as friends nor had he ever talked to a girl beyond work. This was by far the longest he had ever talked to a girl. Aisha was the first girl he was chatting casually with.

There was something about Aisha that made Aman feel extremely comfortable. A certain sort of vibe that calmed his nerves. He never felt like this before. There seemed no end to their talks.

The moment Aisha saw her food coming, she got all excited, just like a kid. There was a different shine in her eyes. Aman couldn’t help but smile adorably at her. Aisha took a sudden glance at him.

“Why are you smiling?” asked Aisha shyly.

“No, nothing,” Aman got conscious. “It’s just, I am a big foodie myself,” said Aman hesitantly, “and the way your face shone brightly as you saw your food coming, I knew I’ve found a partner in crime”.

“Oh!” blushed Aisha as she looked away from him. Aman noticed her cheeks turning pink. Aisha stole a glance from him as she placed one slice of the sandwich in Aman’s plate.

Aman couldn’t understand what was it about Aisha that attracted him towards her. He felt a flush of confidence and happiness in Aisha’s presence. Maybe it was her bubbliness and child-like innocence that caught Aman’s attention, or they were completely opposite yet they got along so well, or the mere fact how Aisha tried to make him feel comfortable despite all his nervousness; he had no clue. She had unveiled a whole new side of Aman, a side that even Aman wasn’t aware he had.

Their conversation flowed smoothly for the rest of the date. Aisha brought out the best in him. Leaving all his inhibitions aside, Aman felt that he could be his true self in front of her. And with the last sip of coffee, Aman knew that this was the girl he wanted to spend the rest of his life with.

The Art Of Talking To A Shy Girl

Ways To Pamper The Groom Before The D-day

And I Fell In Love With A High-Value Woman

The Art Of Talking To A Shy Girl

And I Fell In Love With A High-Value Woman