Every since the news of collaboration between Dior and Jordan is out, fans have been in a state of frenzy. Dior and Jordan Brand are ending this decade with a special collaboration sneaker dubbed the Air Jordan 1 High OG Dior. A first look at the Dior x Air Jordan 1 has surfaced courtesy of Travis Scott. Based on the glimpse provided, we can see the colorway combines white and light grey blocking with a Swoosh covered in the repeating Dior logo that’s been a signature of designer Kim Jones’ stint with the brand. Further details include “Air Dior” branding on the Wings logo stamp, a metal hang tag, and a clear out sole.

Shortly after Scott’s initial leak, Jones formally announced the sneakers on Instagram and added further details, highlighting the collaboration’s Italian-made construction, hand-painted edges, and jacquard Swoosh.Nike has confirmed the sneakers will be released globally at select Dior stores in April 2020. Take a full look at the shoes below.

Coinciding with the 35th anniversary of the Air Jordan and celebrating the first Dior men’s collection debut in the United States, the collaborative, limited-edition Air Jordan 1 High OG underscores both the timeless appeal of the shoe and the emblematic style of Maison Dior — born always on l’air du temps, the spirit of the moment.

With this partnership, the different cultures of America and France and of haute couture and high-performance sportswear are drawn together, unified and then blended to create a new hybrid look. The heritage of both brands is valued, respected and each is given equal gravitas. Jordan Brand’s footprint of innovation and product excellence is echoed in the élan of the Parisian ateliers of Dior men.

Celebrating our first show in the US, I am proud to announce the #airdior AJ1. I year in the making, it is made in Italy with Italian leather, hand-painted edges, original Dior Oblique jacquard swoosh and transparent soles with the Air Dior Wings and Dior logos 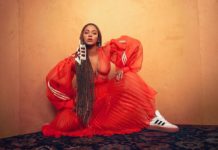 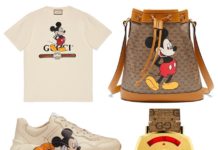 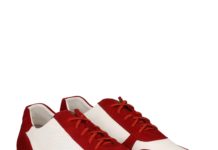