The declaration of the President of Azerbaijan – His Excellency Mr Ilhan Alivey – that the year 2019 in Azerbaijan is the “Year of Nasimi,” was conveyed by Dr Ashraf Shikhaliyev, Ambassador Extraordinary and Plenipotentiary of Azerbaijan as he addressed the gathering at the National Day celebrations of the Republic of Azerbaijan at the Hotel Taj Mahal in New Delhi on 21 May, 2019. 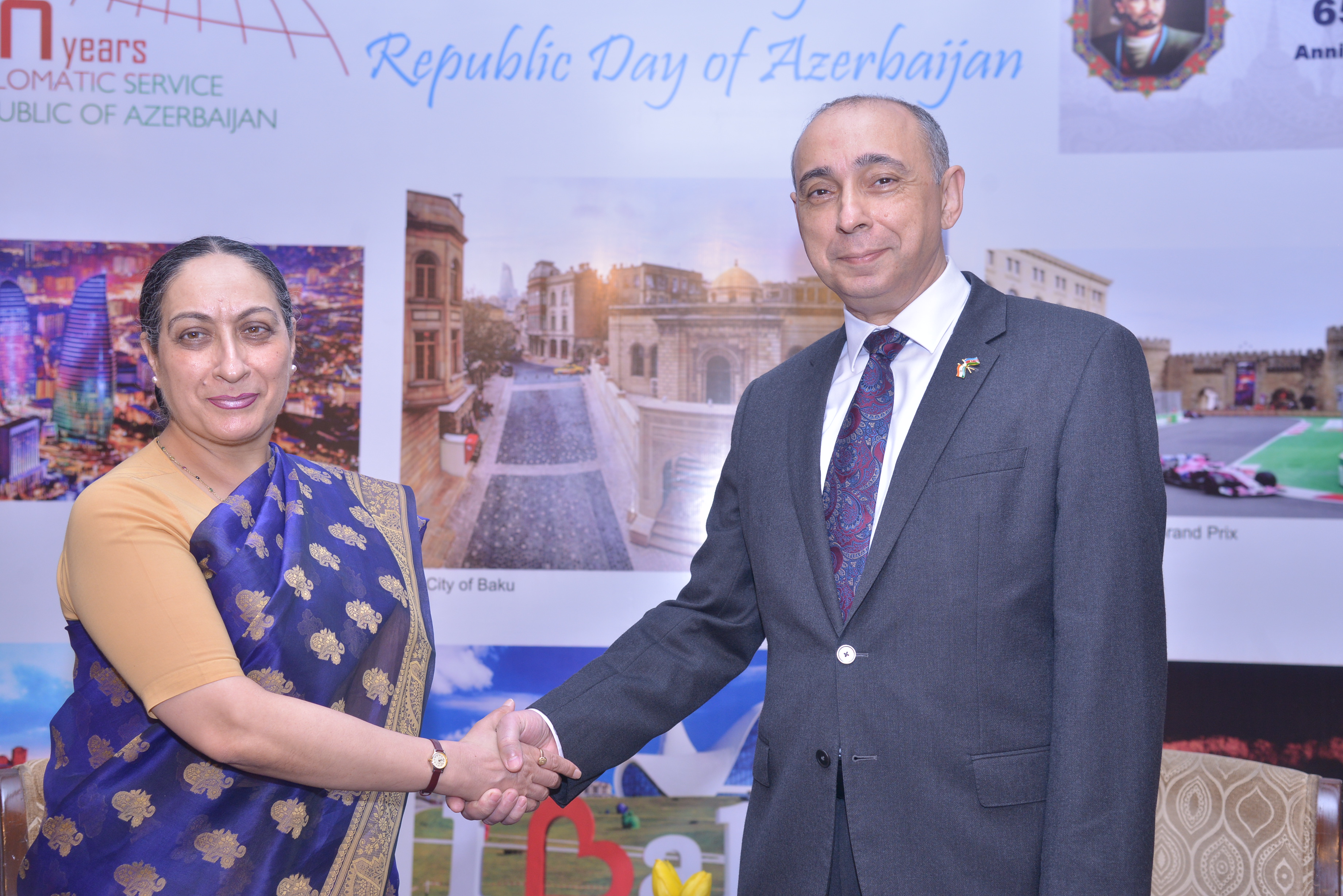 The reception was organized by the Embassy of Azerbaijan to celebrate the Republic Day of the nation, where Mrs Vijay Thakur Singh, Secretary (East), Ministry of External Affair of India was invited as the Chief Guest. Among the attendees were senior officials of the Government of India and the state members of Parliament, representatives of the Indian Public Diplomatic Corps in New Delhi, representatives of the various chambers of Commerce and Industry, as well as media representatives. 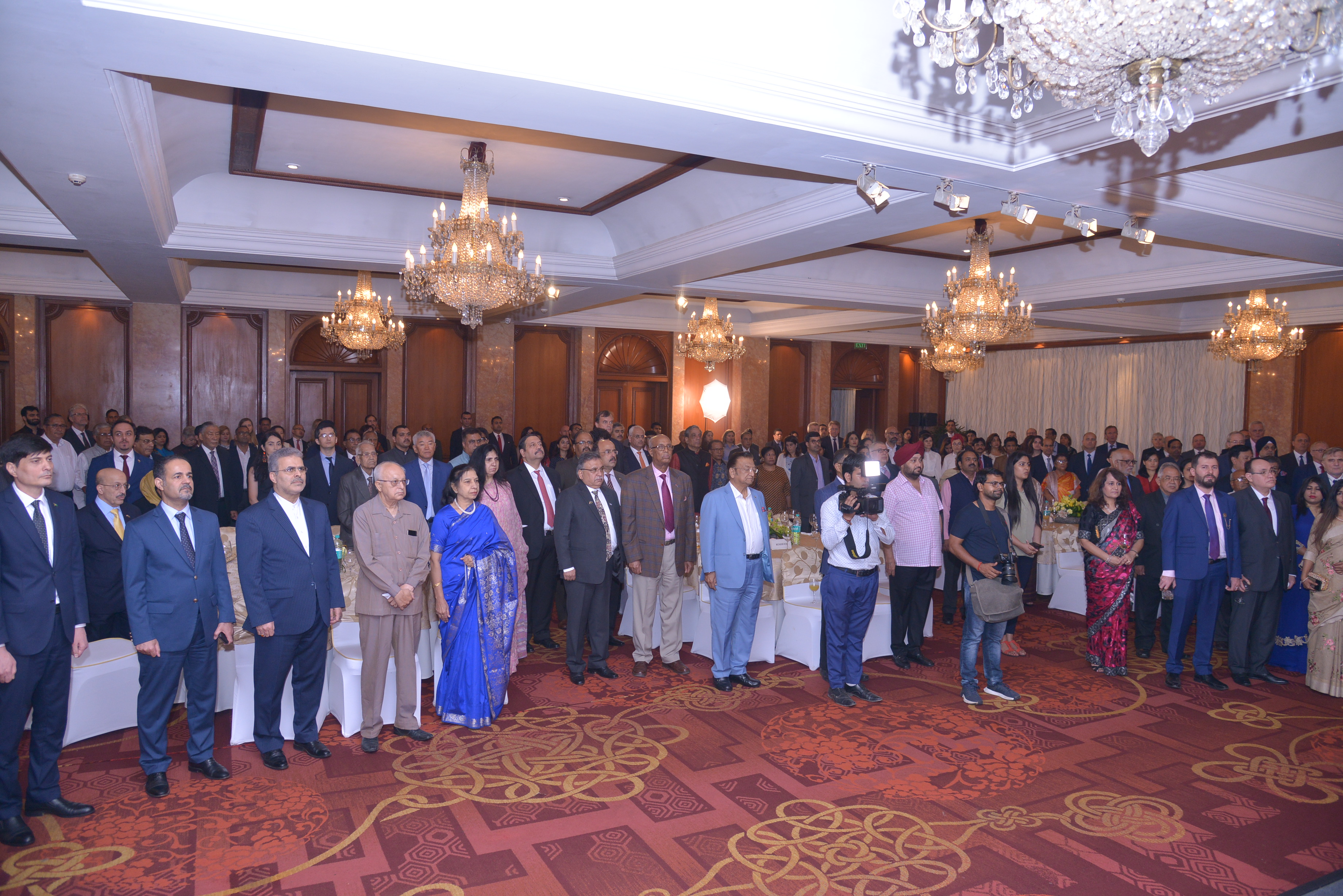 Dr Shikhaliyev, Ambassador Extraordinary and Plenipotentiary of Azerbaijan also informed that this year Azerbaijan celebrates the 100th Anniversary of the Azerbaijan Diplomatic Services, and also acquainted the audience about the life and poetry of the great Azerbaijani poet Imadaddin Nasimi, whose 650th birth anniversary is being celebrated in Azerbaijan. Stressing on the importance of relations between Azerbaijan and India, he also pointed to the considerable increase in the number of tourists between the two Nations, and the business that is flourishing as Azerbaijan has become a popular choice for shooting Indian movies and also other businesses. The guests savoured on the national cuisines of Azerbaijan and India, as the exchanged opinions on the growth and development of both the nations. 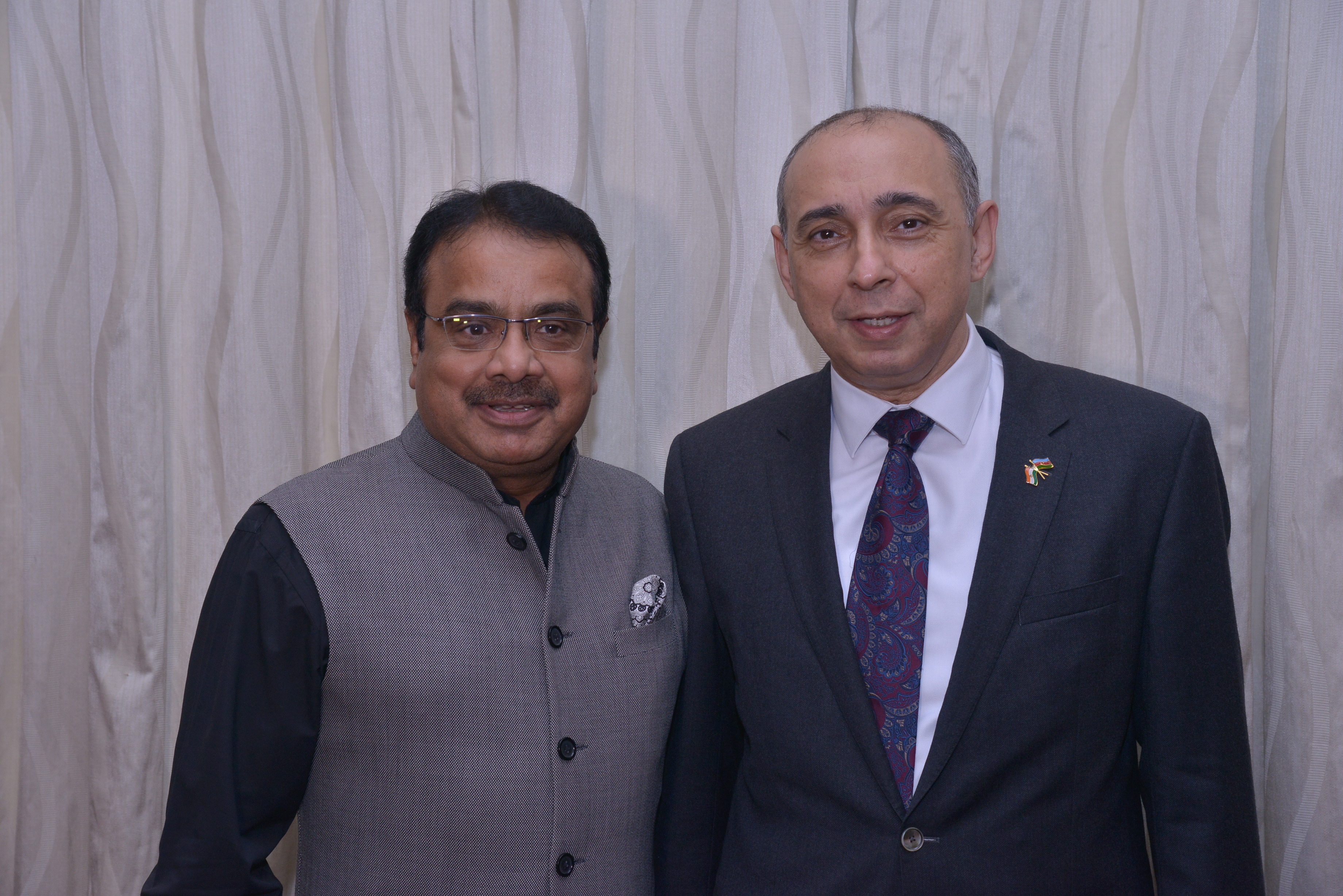 Ms Singh, the chief guest for the event, also said, “Azerbaijan is growing exponentially in terms of economic development every year. And we need to maintain strong relations between India and Azerbaijan.” Among the topics discussed during the reception – heritage, poetry, literature, dance, cinema or music, Indian Cinema – were the favourite ones.

Also Read: A Wedding Of Your Dreams At Conrad Pune

Royal Rendezvous Kicks Off In Jodhpur