Etihad Airways, the national airline of the UAE honoured its prestigious partnership with Manchester City Football Club as they welcomed the arrival of its new Boeing 787-9 Dreamliner, unveiling a special livery design.

Ahead of its inaugural flight to Manchester Airport, the aircraft was delivered to Etihad in Abu Dhabi on 18 October 2019. On arrival, the flight and its passengers were met by Omar Berrada, Chief Operating Officer for Manchester City, City legend Joleon Lescott, Karen Bardsley and mascots for a welcome ceremony to mark the historic occasion. Guests travelling were given City branded merchandise on arrival.

Etihad Airways has been Manchester City Football Club’s main club partner since May 2009. During that time, the club has enjoyed considerable success. The Club’s stadium has been renamed Etihad Stadium, forming the centrepiece of the Etihad Campus.

Robin Kamark, Chief Commercial Officer, Etihad Aviation Group, said: “As we celebrate a decade of this successful partnership, we are proud to see the Manchester City colours grace our runways and skies, as the new Boeing 787-9 Dreamliner takes flight. This livery pays tribute to the Club’s incredible accomplishments on and off the pitch.

In the coming months, the specially painted City Boeing 787-9 Dreamliner will also be scheduled to fly in and out of destinations including Manchester, Jordan, Spain, Indonesia and China.

“Manchester City’s partnership with Etihad Airways continues to go from strength to strength and this new livery is yet another example of how Etihad are celebrating the achievements of the Club with fans around the world. This is an exciting milestone in our partnership, and we can’t wait to see the City crest and colours take to the skies!” said Omar Berrada, COO at Manchester City.

Etihad Airways flies to Manchester Airport 14 times a week, providing guests with direct access to the UK’s cultural hotspot. The brand-new Boeing 787-9 Dreamliner features Etihad’s innovative, award-winning cabin designs and products, including the unique ‘fixed wing’ headrest for maximum comfort while travelling in economy. The Business Studios feature direct aisle access and a fully-flat bed of up to 80.5 inches in length. The Boeing 787-9 Dreamliner is also one of the most economic aircraft in the sky. 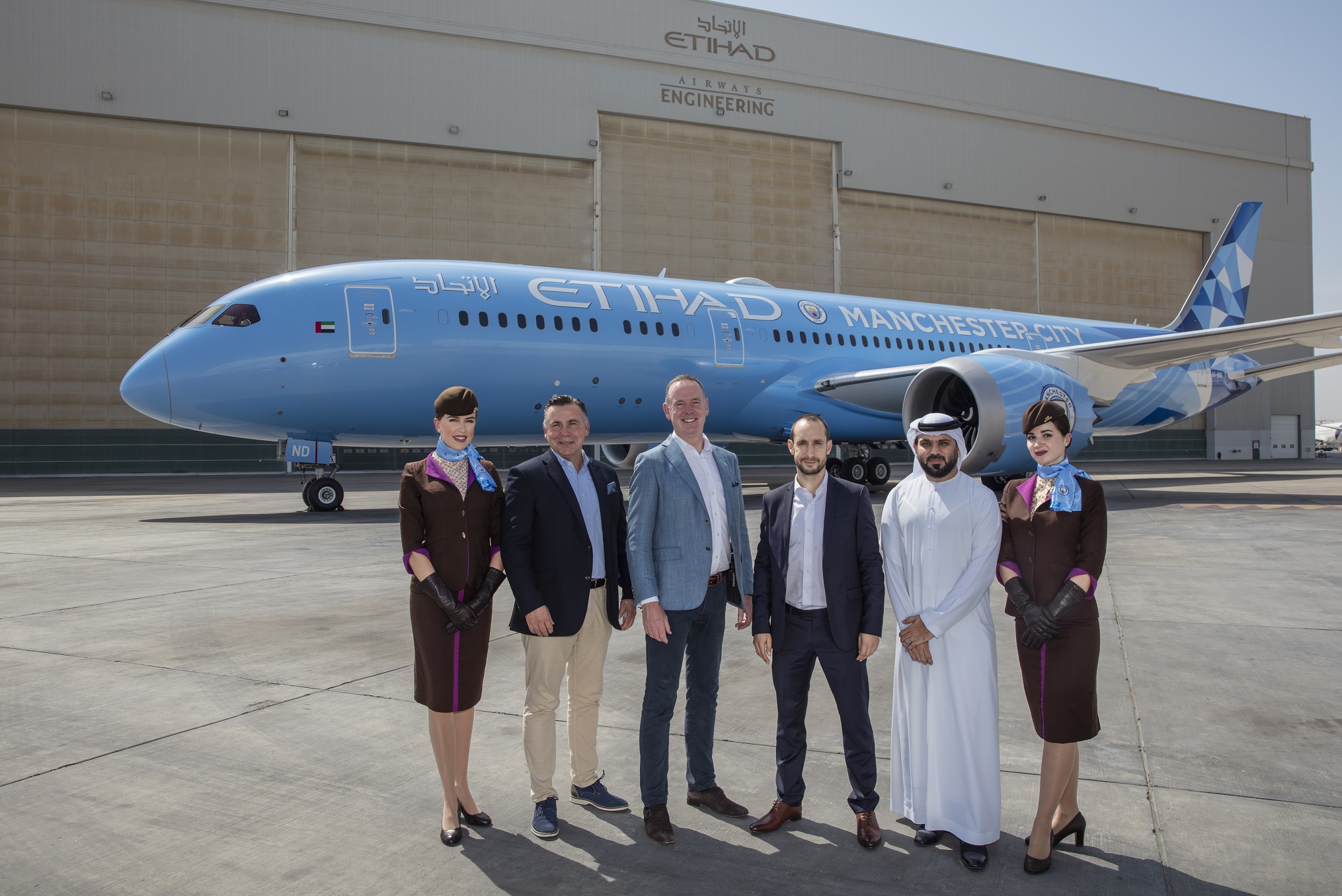 The new Manchester City-themed livery is the first since 2011 when Etihad Airways unveiled the “Blue Moon Rising” A330-200 in celebration of its second daily service to Manchester.

Both City and Manchester Airport have launched a joint social media competition encouraging fans to post photos of the aircraft on their Instagram or Facebook pages with the hashtag #EtihadMCFC787. Participants stand a chance of winning flights to Abu Dhabi or tickets to watch the derby match at Manchester City FC.

Sartorial Delight At The Emmy Awards 2019

Tarun Tahiliani And Swarovski Spell Magic On the ICW Runway