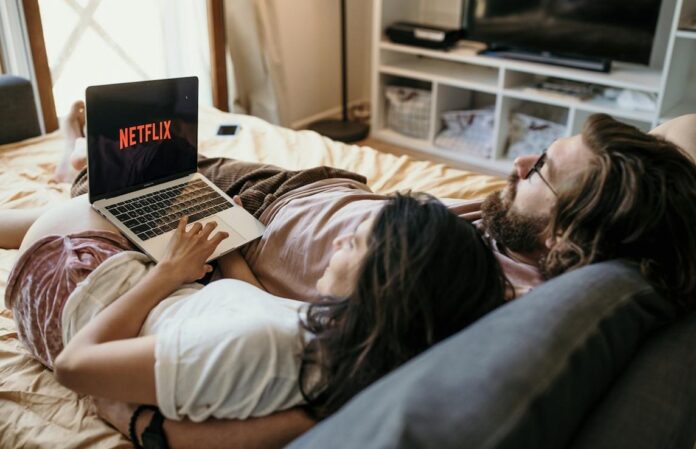 We all love binge-watching movies, whether it is the New Year’s Eve, your birthday night, the sequel to your favorite movie series, Christmas, or just another day of doing nothing. And if you are accompanied by your significant other, it is the cherry on the top. Whether you are exploring the depths of your relationship or tying the knot next week, these movies are meant for you and your partner to watch together. Not only will these give you some important relationship advice for longevity, but also strengthen your bonds. So, grab some snacks, cuddle up with your partner, and turn on the TV for wholesome entertainment –

Starring three girls in the lead, Someone Great is a movie that takes a toll on how one girl and her two best friends handle a years-long relationship breakup. Well, it is a rough road, but hey we know how best friends help us get through every phase of our lives. But what happens when the long-lost ex returns to the girl’s life? Are they gonna get back together? Is he her Someone Great? Stream to find out. Oh, and yes, you and your partner could bet on this.

Starring Will Smith and Eva Mendes in the lead, this rom-com shows Smith as a Date Doctor, who claims to be a love guru and advises multiple men to win the girl of their dreams by following simple, yet nerve-wracking power moves. What happens when one of his friend’s is unable to win the love of his girl, and when Smith starts falling for a new character, is a joyful 2-hour ride. This movie is sure gonna be some good bedtime entertainment for you two.

Another new-age romantic drama, ABMM is a cute and funny movie where Ali Wong is engaged to an uninterested person who eventually parts his ways from her while on an exploration trip. Amidst all of this, Wong reconnects with her childhood best friend Randall Park, and they share some awkward bond after these years. When these two start getting close, a hilarious twist to the story shows up with a new exotic character. What is it?

Adam Sandler and Drew Barrymore star in this amazing rom-com where Sandler’s character is afraid of commitment. He asks women out and then eventually does not get back to them giving silly excuses. When this man crosses paths with Barrymore, he infatuates her, but she later loses her memory of it. If you want to watch something that teases the inner casual side of you and your partner, hop on to this movie.

Okay well, there must be no one human in the world, who is not aware of this evergreen period movie. Named the ‘Happily Ever After’ movie, the story revolves around Kiera Knightley, her 3 sisters, and her could-be partner for life, Matthew Macfadyen. It depicts the strange relationship the two leads share with each other, in the times when marrying a rich man is the only goal set by society for a woman. This romantic flick is surely one of the best-rated movies ever.

This Academy Award nominee movie stars Scarlet Johansson and Adam Driver as the lead married couple. Truly and deeply in love, both of them start struggling to keep up to their vows after having children. When people who know each and every core of their other half, it is hard to face separation. But is love enough to keep them together? Or was it never there? Pick this one to find out.

Falling under the category of teenage drama, Jesse Eisenberg is a young mind who after thousands of struggles finds a job at Adventureland. He encounters different incidents at the amusement park daily that makes him get on his nerves but also keep him occupied for good. Kristen Stewart is a co-worker who accompanies him through various tasks, and what follows is a rollercoaster ride of emotions and laughter.

Audrey Tatou plays the role of Amelie, who is a young woman running around the city on a quest to fix everyone’s lives, including her. This romantic comedy which seems more like a musical has won several awards for the artistic representation of different people and their deep backgrounds. If you and your partner are art lovers, Amelie will be a treat to watch.

Celebrate this Independence Day by Watching These Movies

Shows & Movies to Binge-Watch with Your Sibling This Rakhi

Movie Recommendations for Your Next Date Night!

Classic rom coms we still hold on to

Celebrate this Independence Day by Watching These Movies