Home Events India Makes Its Way To The Emmys 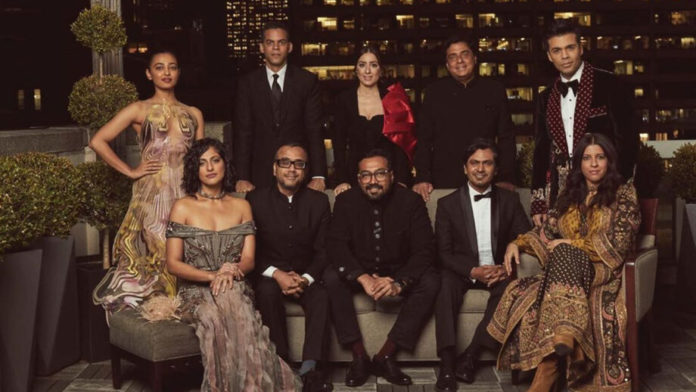 The International Emmys 2019 witnessed some of our most amazing shows getting nominated to represent our country. From ‘Sacred Games’ to ‘Lust Stories’ and ‘The Remix’. While these nominations didn’t end up bringing the Emmys home, getting nominated itself is a big feat.

Headed to the International Emmys #iemmys in @dolcegabbana Styled by @nikitajaisinghani !!!

Director-producer Karan Johar and actress Kubbra Sait gave us precious little glimpses into the ceremony. Karan posted a picture of him with the producers of ‘Game Of Thrones’, while the teams of both Sacred Games and Lust Stories posed together for some pictures.

Honoured to have met the #GOT #GameofThrones prolific producers! David Benoif and D. B Weiss At the @iemmys pic.twitter.com/2XnIMEppvL

Sadhana Subramaniam’s ‘Witness: India’s Forbidden Love’, which was up for Best Documentary, was another Indian representative in the Emmys.