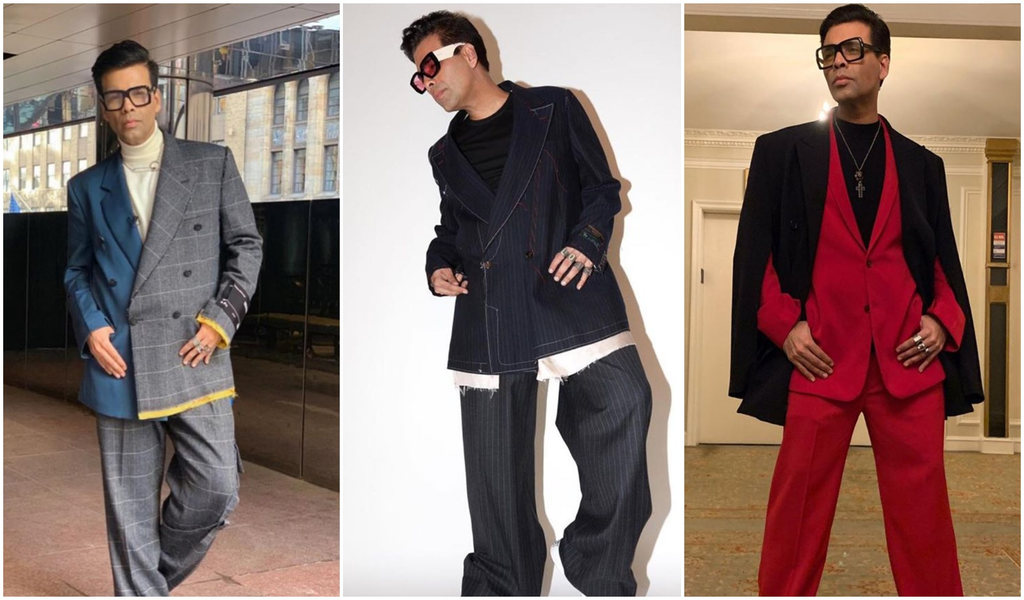 Karan Johar (KJo) rules Bollywood without a doubt. The director and producer, for his banner Dharma Productions, reeks in Bollywood pageantry. Known to have given some of the most iconic movies to the industry, KJo belongs to the industry elite club. Although he worked as an assistant director and actor in ‘Dilwale Dulhaniya Le Jayenge’ (DDLJ), ‘Kuch Kuch Hota Hai’ (KKHH) was his directorial debut. Then he went on to direct wholesome Bollywood movies like ‘Kabhie Khushi Kabhie Gham…’ and ‘Kabhi Alvida Naa Kehnaa’. The real gem of his career although remains to be ‘My Name Is Khan’ that made the critics swoon over his directorial craft. The director is also popular for his Student of the Year (SOTY) franchise.

Although KJo is known for his marvels of Bollywood movies as a director and producer, his personal style is often the talk of the town. The original fashionista of Bollywood, KJo is bringing true international fashion vibes in the industry. As Wedding Affair wishes him happy birthday, we have enlisted some fashion notes from his wardrobe.

Nobody does OTT as KJo does. Be it his exaggerated glasses or uniques boots, he stands out of the crowd. In this picture, Johar has styled a cape with his suit. No one could have pulled this Gaurav Gupta look in the industry as KJo has done. This customised outfits had all the necessary elements to make it shine. Glitter suit, golden boots, OTT glasses and a huge cape. All black and stylised accents in gold – just perfection!

As it is evident from his looks, KJo is not afraid of super experimental looks. Take a look at this amazing jacket look. The jacket is lined with fur. The jacket body is decked with glittery accentuates. Since KJo can easily be seen in such an outfit, some often rightly associate dramatic styles with him. He walks off with such looks with utmost ease that they look seamless like anything. Hence, KJo is the real player of drama!

Johar totally nails his ethnic looks as well. Take, for instance, this stylish Sabyasachi look. The star looks effortlessly stylish. Simple, yet eccentric, this look definitely grabs attention. The elegantly lined sherwani in shades of red, pink and neutral is the right mix of contemporary and traditional. Therefore, KJo carries the look like a true ruler of fashion. Letting the clothes do the talking is so Karan Johar style.

KJo can do casual better than anyone else. That doesn’t mean that he can’t dazzle in the formal attire. Johar has been known to pull out the best suited-and-booted looks in the fraternity. From Alexander McQueen to Gucci, the boy can style them all. His USP surely the added spunk and the OTT glasses that he can style with the utmost ease.

The fashion monger is definitely is one of the best-dressed men in the industry. The director/producer doesn’t shy away from experimenting with glitters, colours and OTT styles that people are afraid of playing with. One can find KJo in the most glamorous and stylised outfits. This red glitter Dolce & Gabanna definitely stands out.

Accept it. Karan Johar has the best eyewear collection. The director/producer is always spotted in the most amazing glasses. The metal details and the oversized style definitely breathe their own identity. Also, he styles them beautifully with his outfits. His glasses add a new identity to his entire persona and outfit. If any day you are looking for eyewear inspiration, you know whose Instagram to stalk now.

Accessories do the Talking

His shoes, his bags, his rings, his chains – each speaks volumes of his style. The director doesn’t like to keep low-key when it comes to accessories. He likes chunky shoes. He nails the ‘KJo’ rings like a ruler. And he owns his chains and bags better than anyone else. Hence, he truly lets his accessories speak for him. And boy! Do they talk glories! His accessories are always the steal-worthy and fashion-forward. Therefore, KJo is the fashion ruler of the industry!

5 Wedding Looks That You Can Totally Steal From Alia Bhatt!