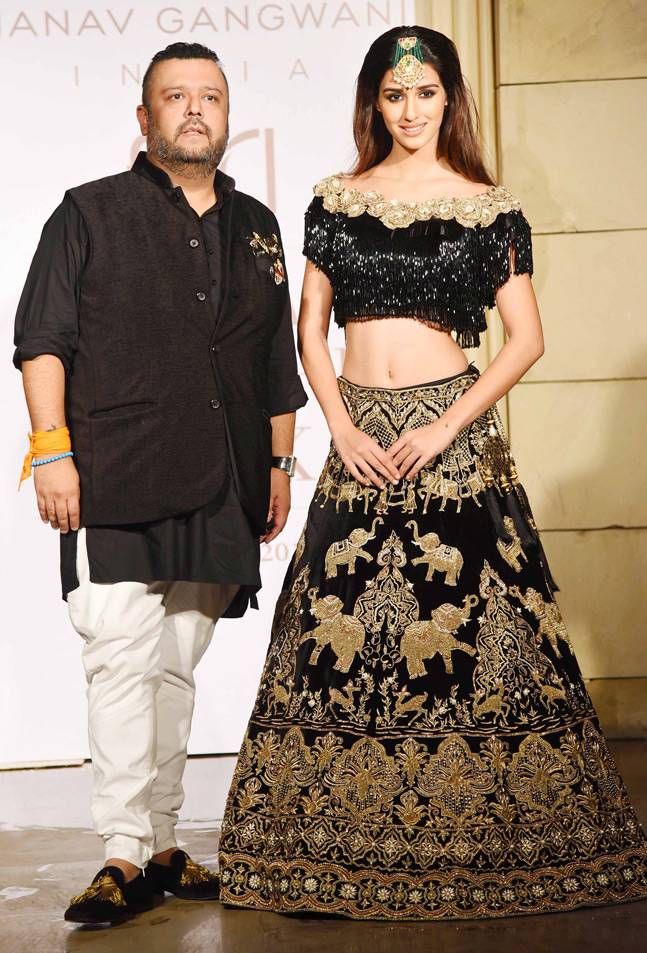 The collection was an amalgamation of India’s rich heritage and some modern edgy elements. Inspired by various regions of India, Manav Gangwani incorporated elements like Bandhni of Rajasthan, Kathakali from Kerala and Brocades from Varanasi.

Talking about his collection, the designer said, “In this collection, I have taken inspiration from the rich Indian heritage and have created a collection that brings together interesting elements from every region of India. I have used techniques silhouettes and designs that together create a perfect amalgamation of traditionalism and authenticity”.

The garments were created using various techniques like Badla, Chikankari, Zardozi, Parsi etc. With the garments reflecting the Indian Heritage, from gods and goddesses to miniature arts of the Mughal Empire, from Meenakari to Patolas to Panthanis,  Manav Gangwani believes to have portrayed, “the best of what India has to offer”.

The garments included intricate motifs, embroidered on them, depicting scenes from the Mughal era, traditional Kathakali, gods, and goddesses which projected the cultural diversity of India.

Vintage gold elements were used with the garments, to add a touch of royalty. The colour pallet of the collection were the colours most commonly used to represent India, like, Royal Blue, Crimson, Ivory, Orange and Green. While the fabrics chosen were silk brocades, rich velvets and sheer tissue with gold.

The collection captures the essence of every region in India, with an undertone of drama and mystery. A result of the designer’s vivid imagination, the garments has been thoughtfully designed to recreate the fragrance, grandeur and splendor of India.

B-Town Celebrities Sizzle The Runway On Day 3 Of Lotus Make-Up...