Throughout the course of our history, with every movement or revolution, a shift in patterns of clothing and styling is evident. With the pursuit of a better way of living through these movements, the styles of donning clothes also shifted. They shifted to resonate with new-found freedom. Marie Antoinette continues to be an icon from then. The following are a couple of historical movements and revolutions that find links with changes in general fashion –

The Clothing Norms of the Past 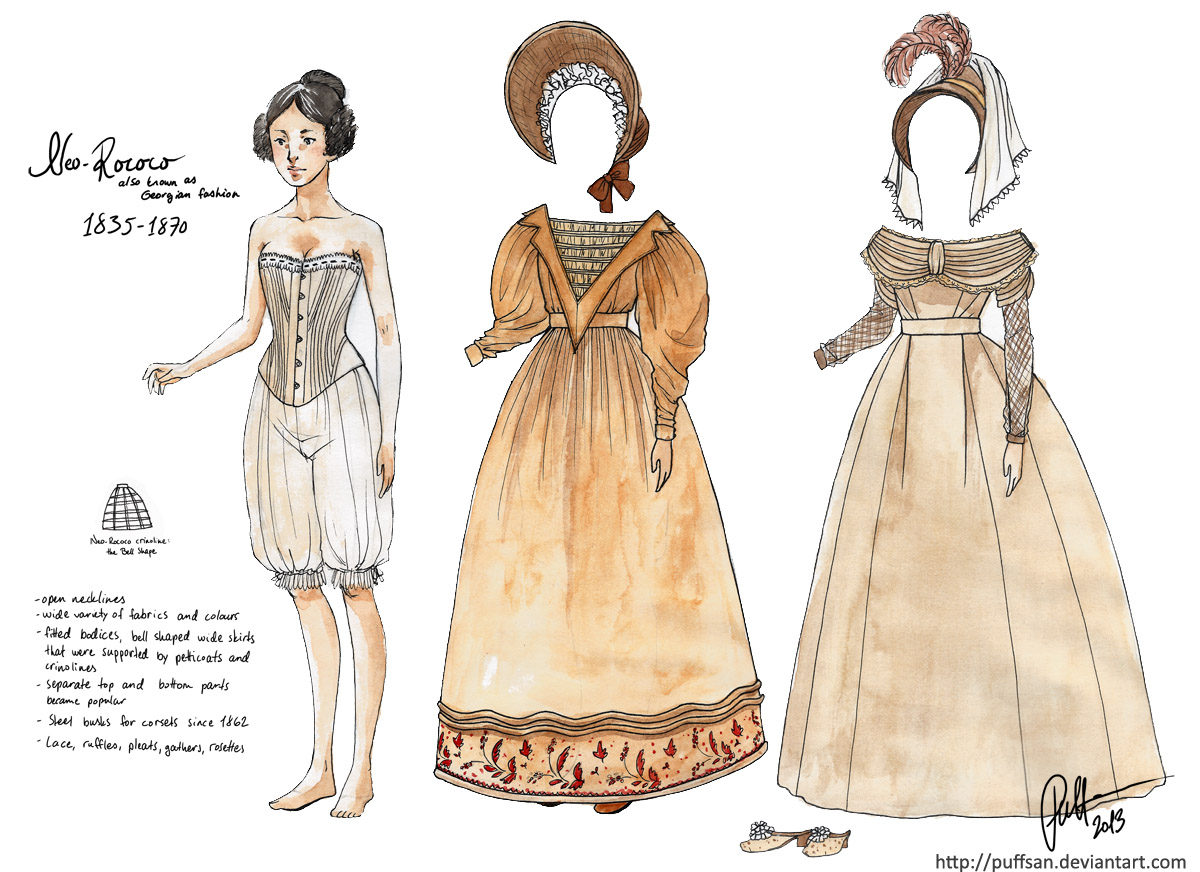 As noted by Del Hierro (2016), in History Magazine by National Geographic, very strict rules persisted for clothing. This happened during the early 1700s, under the reign of Louis XIV (Sun King), in the courts and palaces. There were proper norms for each season, time and day. This was the era of Baroque i.e. exaggerated and ornamental art, music, architecture, and haute couture. After the death of Sun King in 1715, Rococo style takes over the Baroque one. And Rococo is popular for association with pastel colours, more frivolous frocks, and lots of frills, ruffles, bows and laces.

This was just the beginning of Marie Antoinette’s style reign. During Rococan era, Versailles was the centre for the female aristocrats and the royalty of France. They resorted to metal hoop structures around their waists. These were in turn accentuated by the corsets to give a bell-shaped volume below the waistline. This structure became the prominent undergarment of this era, known as the “pannier”.  It helped to create wider and wider gowns from the waist down for the women. No two women could pass each other through the doorways or even sit near each other because of the widths reaching up to 8 metres.  (Smithfield, 2016)

Marie Antoinette was the fashion icon of the 18th century. She has been popular in history for her ornate standard of living, elaborate parties and grandeur in her dressing and hairstyles. She was also a popular subject for the pamphlets and fashion magazines that had started mushrooming during that period. ‘le Cabinet des modes ou Les Modes Nouvelles’ (1785-1789) was a bi-monthly fashion magazine formed with the aim of promoting French Fashion throughout the world.

The portrait by Le Brun in 1783, titled Marie Antoinette en chemise, created a huge uproar at the time as Antoinette was wearing a cotton/muslin chemise, sans any embellishments. This emerged as a political statement of being anti-French and more English as Indian cotton and muslin were popular in the English circles during that era. Moreover, cotton was the fabric that broke the barrier between royalty and commoners.

Marie Antoinette was just not it. As noted by Stubblefield, for Armstrong Journal of History, “The Revolution itself added the element of politicization to clothing with the introduction of new styles and items of clothing. In several respects, the Revolution quickened the pace of fashion trends already present before 1789. The tailored, unadorned English styles worn by the middle class during the preceding decade became the clothing of the revolutionaries, while cotton and linen came to replace the silk associated with the aristocracy.”

The Digital World History Project (2014) observed the following. The very roots of the French Revolution lay in the desire to diminish the class distinction. As clothing was the public indicator of social class, the changes in clothing played a defining role. They brought about the class changes. Also, not only revolution, but the trade relations that grew around the world played a major hand. This was in the availability of cheaper fabrics and therefore cheaper costume.

5 Summer Must-Haves Your Wardrobe Is Incomplete Without