Home Latest News Marital Rape- An Oxymoron or An Evil ? 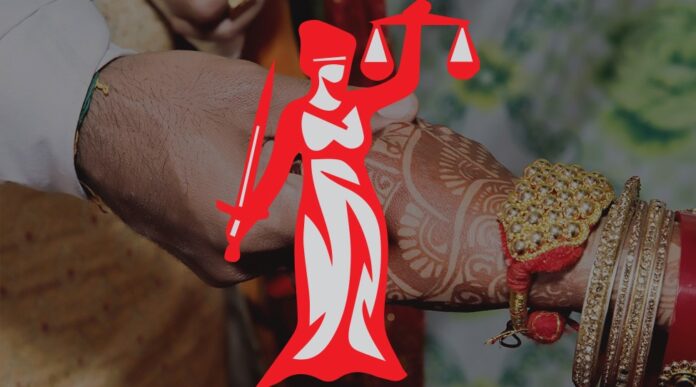 A DIVISION bench of the Delhi High Court delivered a split verdict on petitions seeking the criminalization of marital rape, paving the way for the matter to be adjudicated by the Supreme Court. While one judge said “legitimate expectation of sex” is an “inexorable” aspect of marriage, the other said the “right to withdraw consent at any given point in time forms the core of the woman’s right to life and liberty”.

Justice Rajiv Shakdher, who headed the two-judge Bench, struck down as unconstitutional, the exception to Section 375 of the Indian Penal Code (IPC) which says that sexual intercourse by a man with his wife aged 18 or above is not rape even if it is without her consent. However, Justice C. Hari Shankar rejected the plea to criminalize marital rape noting that any change in the law has to be carried out by the legislature since the issue requires consideration of various aspects, including social, cultural, and legal.

The right to withdraw consent at any given point in time forms the core of the woman’s right to life and liberty which encompasses her right to protect her physical and mental being,” Justice Shakdher said, calling for a change in the 162-year-old law.

The two judges differed on key issues such as availability of evidence, the importance of consent, whether the court could adjudicate over the issue of marital rape or only the legislature could decide, and whether the State’s concerns about safeguarding the institution of marriage were valid or not and whether remedies were available to women survivors of spousal violence in other laws such as the law on domestic violence.

“Consent is not the sole deciding factor. What determines whether or not the sexual act is an offense are the circumstances set forth in Section 375. In other words, circumstances/context determine the nature of consent or its absence,” said Justice Shankar.

Probing the issue of consent further, he said, “consent is given as a part of spousal intimacy although the will to engage may be absent.”

He also said that the presence of injuries on a partner during sex may not necessarily imply the absence of consent as “in the age of sexual liberation” injuries could be a sign of “passion”. He was referring to sadomasochistic sex.

The judge further noted that by removing the exception, courts will be creating an offense, which is proscribed in law.

“Therefore, State’s intervention through the legislative route is required to balance individual dignity and prevent the possibility of abuse of legal remedies which may end up harming an individual’s dignity/reputation,” according to Justice Shankar

In India, marital rape is not defined in any statute or law. The High Court’s verdict came on a bunch of petitions, including by NGO RIT Foundation, the All India Democratic Women’s Association, and a marital rape victim, who challenged the exception to Section 375 of the IPC.

Following the split verdict, Delhi Commission for Women (DCW) chairperson Swati Maliwal tweeted, “Don’t know how many more years we will have to wait to change a British era law! Marital rape is a reality and it’s high time we take the strongest action against it!”.

Advocate J Sai Deepak, who represented the NGO, Men Welfare Trust (MWT), which opposed the petitions seeking the criminalization of marital rape, said he was happy that one of the judges on the Bench had agreed with his position.

The NGO had argued that sexual intercourse between a husband and wife could not be treated at par with that in non-marital relationships as the issue of consent could not be divorced from the context of a marriage.

Both the judges, however, agreed to grant a certificate of leave to the petitioners for appeal before the Supreme Court, saying the matter involves substantial questions of law.

Delhi allows 200 guests in closed halls weddings, no limit on...