Home netflix and chill Movie Recommendations for Your Next Date Night! 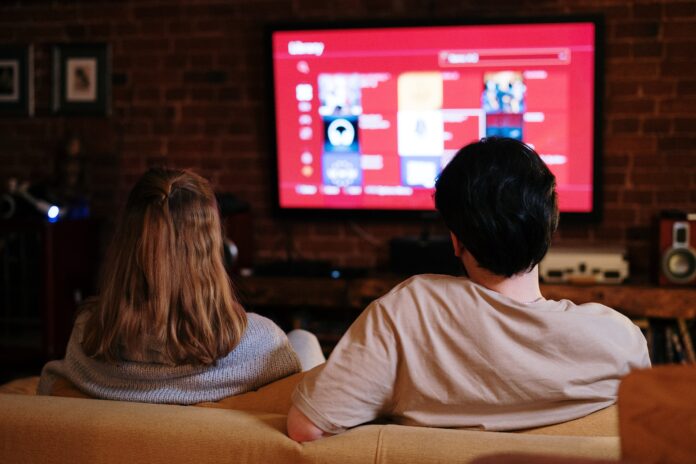 Date nights are always special for every couple. These are a way to bond and spend time with your significant other. Dates help in keeping the spark of romance alive in any relationship and make your relationship more intimate and your connection deeper.  Date nights can be as elaborate and as simple as you desire.

But sometimes, you don’t really want to dress up and go out for an elaborate date. In fact, all you actually want is to spend some time with your partner and home and just laze around. Movie dates are awesome for those days.

Following are some of the WA movie recommendations for your next date night.

Written and Directed by Cooper Raiff with him and the charming Dakota Johnson as the lead, Cha Cha Real Smooth is a sarcastic dramedy with a heartwarming message and is a story of a 22-year-old college graduate who meets a 32-year-old woman and her autistic daughter and strikes up a relationship with them. This movie is 2022’s one of the most popular and critically acclaimed movies. It was also premiered at the Sundance Film Festival. The movie will remain with you and your partner for a long tie and you both will greatly enjoy it.

Directed by Max Barbakow, Palm Springs is a science fiction romantic comedy starring Andy Samberg and J.K Simmons. The movie is about two strangers who meet at a wedding in Palm Springs and get stuck in a time loop. The film was highly praised for its acting and concept. The movie is a deeply entertaining and unique piece of art that you both will enjoy on your date night.

Written, directed, and co-produced by Spike Jonze, this 2013 American science fiction romantic drama is a futuristic story about a writer (Joaquin Phoenix) who falls in love with an artificially intelligent virtual assistant (Scarlett Johansson) personified by a female voice. The movie was critically acclaimed and was praised by the audience worldwide and even won The Best Original Screenplay at the Oscars. This movie is gripping, soul-clenching, and hilarious which will be enjoyed by every person on a date.

Written and directed by Damien Chazelle, La La Land is a romantic musical comedy-drama movie starring Ryan Gosling and Emma Stone. It is the story of a struggling Jazz Pianist (Gosling) and an aspiring movie actress (Stone) who meet and fall for each other in Los Angeles while pursuing their dreams. The musical score was one of the highlights of the film. The film received numerous accolades and Emma Stone and Damien Chazelle even won the Academy Award for Best Actress and Best Director respectively for the movie.

Directed by Glenn Ficarra and John Requa and written by Dan Fogelman, Crazy, Stupid, Love is a 2011 romedy starring Steve Carell, Ryan Gosling, Julianne Moore, Emma Stone, Marisa Tomei, and Kevin Bacon. It is the story of a recently divorced man who once again starts to learn about picking girls at a bar. This movie is quite heartwarming and light-hearted which you can enjoy with your partner on a cozy night with a tub of delicious popcorn.

Directed by Joe Wright, Pride and Prejudice is a romantic drama based on the 1813 novel of the same name written by Jane Austen. The film is the love story of Elizabeth Bennett (Kiera Knightly) and Mr. Darcy (Matthew Macfadyen) set in 18th century England. The film was highly acclaimed and was also nominated for various Academy Awards. Kiera Knightly won the Academy Award for Best Actress in a Leading Role for this film. The film is quite entertaining and engaging that can be enjoyed by every group of people.

Thus, add some spice to your date nights by watching these entertaining movies with your partner. You can also cook up some popcorn or order some pizza to eat along with the movie. This lowkey date would be highly enjoyable and comfortable for you both.

Also Read: Bridesmaids Movies to Binge-Watch with Your Girls

6 Wedding Movies to Watch Before the Big Day

Add some Spice to Your Date Night with these Thriller Movies

Shows & Movies to Binge-Watch with Your Sibling This Rakhi