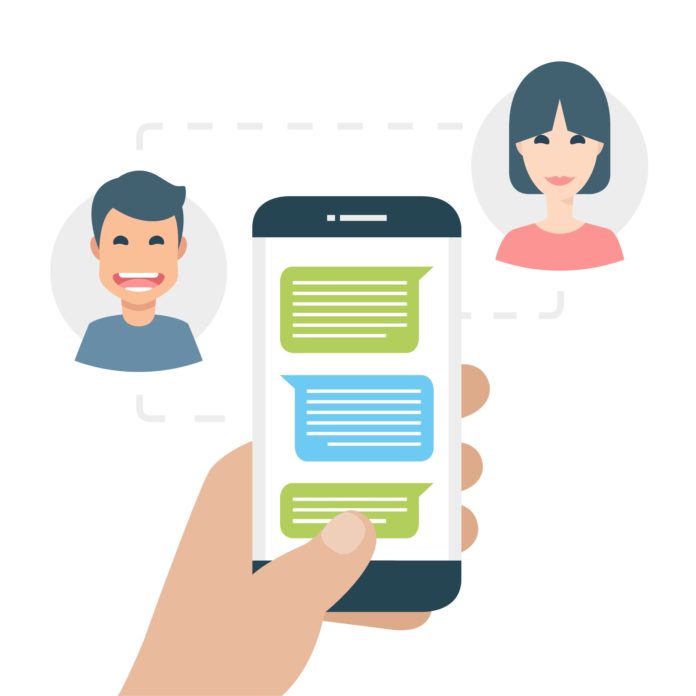 Thank God Romeo and Juliet had primitive modes of communication. Had they belonged to this era, there would have been no classic love story. Only short-lived initial positivity and sycophancy followed by series of misinterpreted textual exchanges, impatience, sarcasm and hate-mails were all one would have recovered from their mobiles. And if you are a reluctant lover, then online dating is not going to be an easy ride.

Pleasantly drowned in my own sweet mood, I smiled as Adam Levine’s ‘Sunday Morning’ fell on my ears. He has a knack of making girls go weak in the knees. Something about the weather that day, amplified my happy rhythm. The cold autumn breeze and the dim daylight. Divine. “This is so romantic,” I thought. My lips curved further to reveal my front teeth. Looking lovingly at all random things around me, I noticed my mother looking back at me, not with love. “O heck, she must be thinking I am in love with someone,” I thought as my smile vanished into thin air. I don’t know why people assume that a person is in love, if they see them smiling for no reason. Yes, love is a potent drug. Adept at doing crazy things to you. Gifted to transport you from real-time. But it has other connotations than being happy. It comes with certain repercussions. “Okay, now she doubts that I have a boyfriend and I have to clear the air over my non-existent love life.” Being an obedient Indian daughter, I must do this. Soon.

This had happened with me before. I wanted to write a diary once. So, I started to pen down my vision of a hunk I saw across the street that day. Displaying the highest levels of creativity, I used the best flowery words, forceful poetry spritzed with a little exaggeration. He never even looked at me, but I nicely calligraphed our fictional dialogue, just to see how good a writer I am. Ironically, my interest in writing and my mother’s keenness to read ‘something’ coincided on the same day. There she went reading it. It was so embarrassing. Just like the current situation.

Look, I am born with the mother of all bad luck. In a ground full of a million people, if you throw a brick, it will find its way to me. I have an acute gravitational pull, for all things stupid. Based on very special similar experiences that I go through every now and then, I had maintained a distance from the world of affection. The feeling of love. The concept of dating. I was tired of explaining my singledom to everyone. Unnecessarily justifying against unjust accusations. I was challaned again and again for no offence. It was a time to commit. I had to take a decision.

The idea of being in love, occurred. I had to lift myself out of the solitude. Honestly, had it been about ordering love online, I would have added 2-3 boyfriends in my cart and got them express delivered to me. But, it was about my own species falling in love with me. It was about free will. However, the idea of finding love online was not so bad. Though, I was a little apprehensive. I silently made some space in my phone memory for newer apps. Not the hardcore dating ones. Taking baby-steps, one at a time, I re-installed Telegram, which was once my go-to app for free movies. I have had a few guys approach me on this platform before. So I was convinced that this would work without risking my privacy. This was my kindergarten before formal schooling. I checked my name ‘Shruti’, a pseudonym of a pseudonym, uploaded a decent close up as a profile picture; a section that lay blank before, and waited. And waited. No one was responding. There was an awkward silence on my profile. I could hear crickets.

While searching for a film, I came across a channel. I typed in a film name. Chat requests started to erupt. I received a chat request from someone named Guy. Having a bike as his display picture. “Hey”, he wrote followed by a “Whassup?” I replied with, “Hey” and “Installed hai”. I was at my humourous best. Or so I thought. I waited two minutes for his reply. The longest two minutes. Guy never replied. He left. “I think he didn’t get the joke,” my usual monologue began. Incoming message, a private chat request caught my attention. A guy named Rock with a sleazy profile picture had sent a “hey grl” to me. Completely ignoring the message I explored other messages.Out of the many messages, one guy Siddharth with a decent profile picture appealed the most to me. “Hi,” he wrote. I replied with a “Hi”. “How are you?,” he asked. “Good”, I reverted and threw the same question back to him. He replied with the same. Where are you from? What do you do? I discovered that texts are always monotonous and boring in the beginning until you find one common point of reference to really strike a good conversation. Till then, it’s just lame questions backed with interesting one-liners.

By some time, we had one thing in common — our love for South India. He was a South Indian settled in Delhi for a long time. I felt I hit the jackpot. I could not believe that luck was favouring me. I was quite curious of his views about me. If he liked me or not? I wanted to sound interesting to him. He mattered. Realisation number two — when you begin new chats, you are at your positive and interesting best, be it about your dreams or an advice only to sound intelligent and flatter the other person. While in real life you are positive that luck is that baby who pees on you  just at the right time.

He texted, “What do you like? “Movies, music (all languages) and travelling”, I answered with an expected reply. We bonded over our mutual fondness for Pondicherry, Malayalam films, Dulquer Salmaan and aurora borealis until he asked me, what I disliked. My hyper-confident self swiftly tapped the keypad,  “Bouquets, teddy bear, chocolates, cheese and chhole bhature,” I wrote at 11:53 pm. Two seconds later, I was expecting a reply. He didn’t reply. I saw a tiny ‘….typing’ displayed on his profile. I was excited for his words. Seconds turned into several minutes. He was still typing something. I was sure he would ridicule my choices, afterall what takes so long to type. “Aw-shucks! I shouldn’t have said chhole bhature. Delhiites can kill for it. Everyone loves the white, fluffy, oily, rubber-chappal kind of bread and its similar cubical variant, cheese. WTF! I divulge too many things about me unnecessarily,” my sunny mood was shrouded by self doubt. I stared at his profile. At 12:24 am, I wandered off to a channel in search of a movie. In reality, I was searching for peace of mind. I was stuck on him. I returned to our conversation again and again to check if he had sent a message. I so badly wanted him to reply. I just wanted him to approve of me. To get a response from him, I texted him “bye” and waited. He went offline. “That was rude,’’ I thought, “doesn’t he know I must be waiting”. I immediately regretted having sent him a message before getting a reply to my previous message.

I tried to sleep. And then my phone buzzed. I checked. “What are you wearing?” asked Rock at 2:02 am. I was already pissed. I replied, “Now I know why you are named Rock, you hardened ass**le,” and blocked him. At the same time, I received a message from Siddharth “You are strange” followed by a hand-folded emoji. “What the fuck? Did he just call me strange? Means weird? Means not-normal? Excuse me? And what the heck does this emoji mean? He had enough of me? Who is he to question my choices? And he doesn’t even seem that bright in the first place? Afterall, all the bright southies either work for ISRO or IIT. They are least interested in movies. And what Pondicherry? It is now Puducherry, he doesn’t even know that.” I started to defend myself. I took my picture off. I was so defensive and affirmative of my angst towards him. I was so angry I could not sleep that night. At 7:00 am I received a message “morning morning” from Sid. I was ready to fight at the first opportunity. I wanted to apprise him of my disgust. So I reverted him with a hand-folded emoji. He threw it back at me again. I got even angrier. I wanted revenge. He asked, “You wake up early on weekends?” I couldn’t tell him that I never fell asleep last night, so I replied with a very reserved “hmm” followed by a hand-folded emoji. He asked if I was a night-person as my energy levels weren’t the same that morning.’ I was taken aback by his sheer audacity of not acknowledging his deed. How could he act so normal? He then said, “You are different?”. I said, “Strange, right?”. He said, “Yeah, cause normally girls like chocolates and all northies love chhole bhature. That’s as strange as hearing from a South Indian that he dislikes sambhar. haha! Interesting.” I was applying his logic on my bruised ego when his “haha” punched me on my face. Before I could proceed with my interrogation he typed, “I revisited our entire conversation last night, and couldn’t stop laughing. Btw why you took off your profile picture? It was there until 2 am. All okay?” Holding him guilty of his sudden disappearance I bombarded him with, “So you were online?” He said, “Not exactly. The network at my place sucks. The message could not reach you in time. I tried till 2 and then went to sleep, but it was delivered a little later.” My spiking anger stopped boiling further. I could connect with the fluctuating network as my place suffers with the same. He made sense. Everything was making sense. The network left at the wrong time making me assume all things shitty. I realised that strange also means different, may also mean interesting. Also I realised that emojis and text can be the most easily misunderstood mode of communication. Recipient’s discretion is advised. A lot depends on the mood of the reader. A simple “What do you do?” can have different interpretations at different times.

I was embarrassed of my presumptions and tried to cover up. I replied, “I was changing the profile picture, but just at the right time my network crashed,” accompanied with a ROFL smiley. He replied with, “ No need for a change,” accompanied with a smiley. I smiled. I smiled at my foolishness but handled the rest of the chat calm-headedly.

We are meeting tomorrow. Just casually. Nothing serious. IDK why online chatters that sound interesting and cool over the apps, act gawky during face-to-face meetings. I will be wearing my old dress, old heels and I am sorted. I am just wondering about my frizzy baby hair that makes me look as if I just survived an atom bomb. It makes me look different. Weird. What if he doesn’t like it? Maybe I shouldn’t think that much. Also, I mustn’t speak much. I think I am thinking too much. I need help, I am a gawk.

Playing with the Zodiac

The Science, Maths And Psychology Of Soulmates