The first seal for the wedding is marked by a wedding ring. And diamonds is the choicest of gems for making up that bling to shine of the couple’s fingers. But, often couples find themselves in a fix as to which wedding ring to go for! But worry not, because we have the perfect wedding band inspiration for you! Take a look at Wedding Affair’s top choice for celebrity wedding rings to inspire your dream ring! 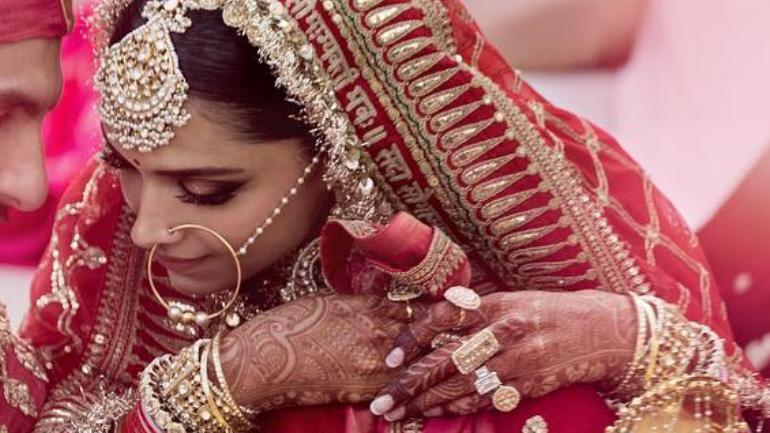 What caught the attention of the world besides the Sanskrit quote on her dupatta, was Deepika’s huge solitaire. It spotted standing out of the many rings the actor wore for her nuptials. Looking gorgeous on her henna-laden hands, the rectangle solitaire set in platinum has got the town talking for its mere size. The square-cut huge diamond solitaire on Deepika’s finger, but it left everyone wondering at first how much it would have cost.

Unlike other royal engagement rings that have been custom-made (including Meghan Markle’s ring from Harry!), People reports that Diana’s ring was featured in the catalogue for royal jeweller Garrard—meaning multiple people own it. According to Vogue, some think Diana picked the sapphire because it reminded her of her mother’s engagement ring. Either way, the TASTE. (Source: Cosmo)

The ring is a light brown, 11-carat diamond that is reportedly priced at about $400,000, according to an expert who spoke to Page Six. To put that whole “11 carats” thing in perspective, Who What Wear says the average person considers a “big” engagement ring to be 2.4 carats, so to hit 11 is basically a blingy, diamond-y flex. (Source: MSN) 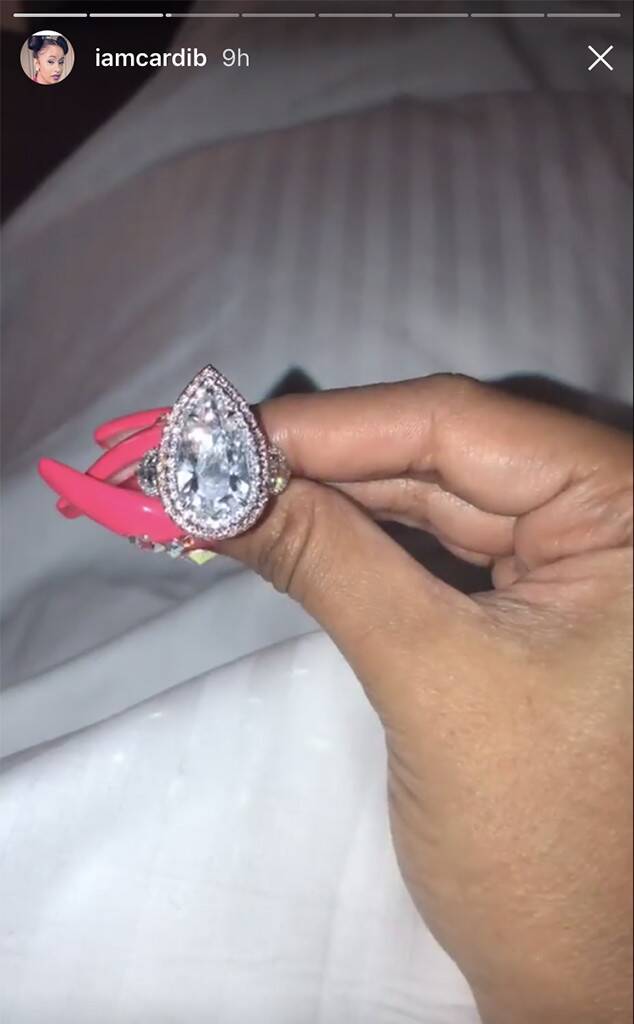 Thanks to a very lavish birthday gift from the partner, Offset of the rap trio Migos, Cardi B entered into the ranks of celebrities with the biggest diamond rings in history. Blowing past Jackie Kennedy’s 40-carat marquise-cut VS2 clarity diamond. This came from tycoon Aristotle Onassis. Also, Mariah Carey’s 35-carat diamond from billionaire James Packer. Cardi B received a ring-and-band set that reportedly weighs in at 100 carats, according to Bossip. (Source: Harper’s Bazaar)

Emily Ratajokowski’s engagement band is set with gigantic square princess-cut and pear-shape diamonds on a gold band. She revealed the jewel on Instagram, as social media stars do. She didn’t give any additional details on the design, because social media stars don’t. The supermodel only added a ✨ to the caption. They bought the gold for the rings in Manhattan’s Chinatown. (Source: The Adventurine)

Versatile Jewelry Pieces for The Minimalist in You

Top 5 Things you need in your bridal emergency kit