Fashionista Pernia Quereshi looked absolutely stunning as she tied the sacred knot decked in an Elan ensemble. Pernia Quereshi got hitched to Sahil Gilani in all royalty in the ethereal backdrop of Turkey. Sahil Gilani is the sales and marketing head of FMCG. No sooner than the wedding videos from the wedding were released than it went viral. Moving away from the conventional red, Pernia Quereshi chose to drape a dramatic lehenga set with a long trail. Nimrat Kaur, Sophie Choudry and Chef Kelvin Cheung were amongst the prominent faces who attended the grand wedding. The venue for her wedding was drop-dead gorgeous. The bride herself took to Instagram to share some moments of her big day. Here are some of the images of the breathtaking wedding in Turkey.

If I could sum up the last few days in one word it would be gratitude. I’m so grateful for our amazing families and friends who have made this time so special and full of love. #psiloveyou @sahilgilani

Illustrious celebrity wedding photographer Joseph Radhik shared the images on his Instagram profile. He has previously captured weddings of celebrities like Anushka Sharma and Virat Kohli, Priyanka Chopra and Nick Jonas and many others.

Pernia, the bride. 😁 Shot by @josephradhik So glad to be here and to be a part of this beautiful wedding with our forever fave @perniaq.

She looked no less than a regal princess at her mehendi ceremony. Decked in all pastel, she looked absolutely stunning. Her minimalist look is something that we really can’t stop gushing over. The images from her wedding are simply breathtaking. The alluring backdrop of Turkey is certainly adding to the charm of her special day. Wedding Affair wishes the fashionista a very happy married life and all the best in her future endeavours. 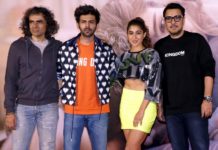 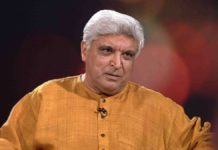 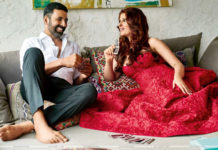 Anniversary Special: All The Times Akshay and Twinkle Gave Us Major Couple Goals

Rohit Khandelwal is Mr World 2016, First Indian Winner of the...