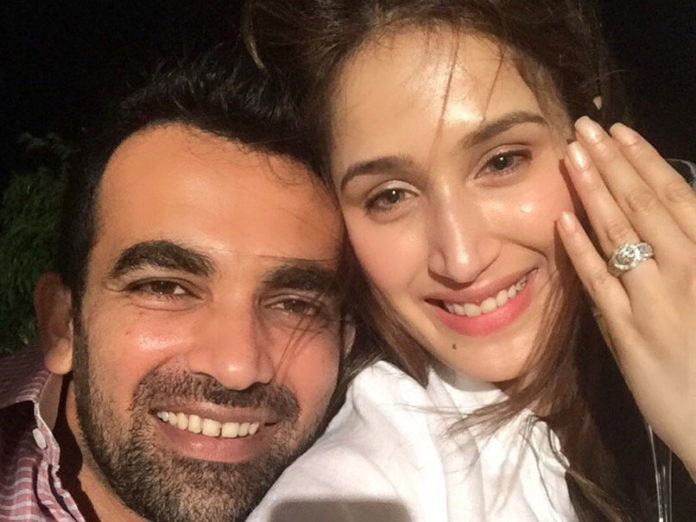 On April 24, Chak De! India actress Sagarika Ghatge and Indian cricketer Zaheer Khan had made their relationship public on social media. Ever since a star studded engagement party, after IPL season 10, speculations on their wedding dates have been going around on social media platforms and in the press.

Clearing the air of speculations, Sagarika told the local newspapers, “The wedding is definitely going to happen towards the end of this year. Though no date has been fixed as of now, I’m quite looking forward to getting married.”

She further added, “You won’t believe it, but nothing has started yet… no shopping, no venue booking, and that’s the stressful part, because when we talk about it, we realize that time is moving so fast. We’ll have more clarity on what exactly we’re doing and how in a few weeks from now.”

Speaking about their courtship period, Sagarika stated that although it is a widely accepted fact that men change after commitment, Zaheer has stayed his grounded self so far.

She said, “He’s the same caring, loving and protective person that he has always been. Ofcourse, now there are so many more topics we have to talk about as a family. On those things have changed. “

The talk about the couple started breaking headlines when the two made their first public appearance as a couple at Yuvraj Singh and Hazel Keech’s wedding.

In her debut movie, Chak De! India, Sagarika’s character was shown dating a cricketer, spraining on this uncanny coincidence, she said that she started relating to it before her parents could react because of how much was being written about it.

Despite all conjectures, the couple seems to be happily in love and looking forward to their winter wedding.

Tribute to the Greatest Showman of India: Raj Kapoor

The Most Desirable Actors Of Bollywood In 2018