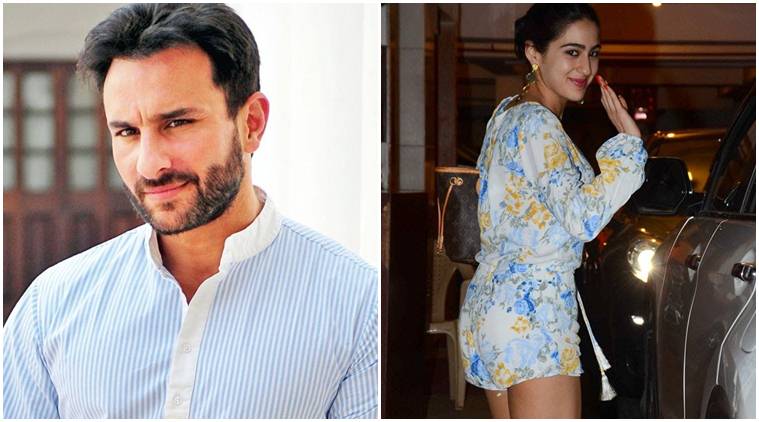 With star kids like Alia Bhatt making it big in the Industry, and Jhanvi Kapoor gearing up, Saif Ali Khan’s daughter Sara Ali Khan is all set to make her big Bollywood debut. She will be seen in Abhishek Kapoor’s ‘Kedarnath’ opposite Sushant Singh Rajput.

Like most fathers, Saif Ali Khan too is excited, as well as nervous for his daughter’s first steps towards a new journey. He said, “I certainly understand why she wants to do it and I think it’s a fascinating job. Yet, I’m concerned because, first of all, it’s fraught with insecurity.”

At the launch of Rujuta Diwekar’s book Pregnancy Notes, Kareena Kapoor Khan, also expressed her confidence in Sara Ali Khan and her talent.

She said, “I am sure she is going to be supremely talented. She has it in her genes, she is looking gorgeous. I truly believe that with her beauty and her talent, she is going to rock the industry for sure.”

Earlier this year, Saif Ali Khan and Kareena Kapoor Khan became parents to young Taimur Ali Khan. Commenting on how experienced he has become as a father, he said, “During Sara and Ibrahim’s time, I myself was very young, juggling my own ambitions and careers while also having kids. I think I am pretty much the same person now but my life has also gotten simpler. I want to do less work so I can maximize this phase in my life.”

He spoke about spending time with both his elder children, Sara and Ibrahim, while he was in New York fir IIFA ’17.

How To Be Every Bit Alluring Like Aditi Arya