After making her Bollywood debut with ‘Kedarnath’, the Bollywood actress Sara Ali Khan of the Pataudi and Tagore family, saw no stopping. Not just her acting skills, but her adorable personality is one of the reasons that her fanbase grew exponentially. Loaded with breathtaking looks and humble yet royal charm, the actress always manages to steal her hearts away. It is Sara Ali Khan’s 25th birthday today and Wedding Affair wishes the actress all the love and luck in the world! Here’s how the actress is celebrating her day.

Sara Ali Khan celebrates her 25th birthday today and this time it’s just with her family. She began her celebrations at midnight at what ‘appears’ to be an idyllic getaway. At midnight, Sara Ali Khan’s birthday celebrations accelerated with balloons, champagne and of course, cake, the pictures indicate.

In one of the pictures, Sara Ali Khan, dressed in pyjamas, posed with the many balloons put up for decoration as a bottle of champagne stood waiting (Source: NDTV). In another picture, she changed into a pinstripe romper and posed in another corner of the house. This had a unicorn birthday banner in the backdrop. And then, Sara Ali Khan also shared a picture of her two very delicious looking birthday cakes – one of which was arranged by her brother Ibrahim Ali Khan.

Sara’s fans, family and friends from the industry took to social media to celebrate and wish her with sweet birthday wishes. Bollywood celebs like Anushka Sharma, Kiara Advani, Ananya Panday among others shared adorable wishes on social media to wish the actress. 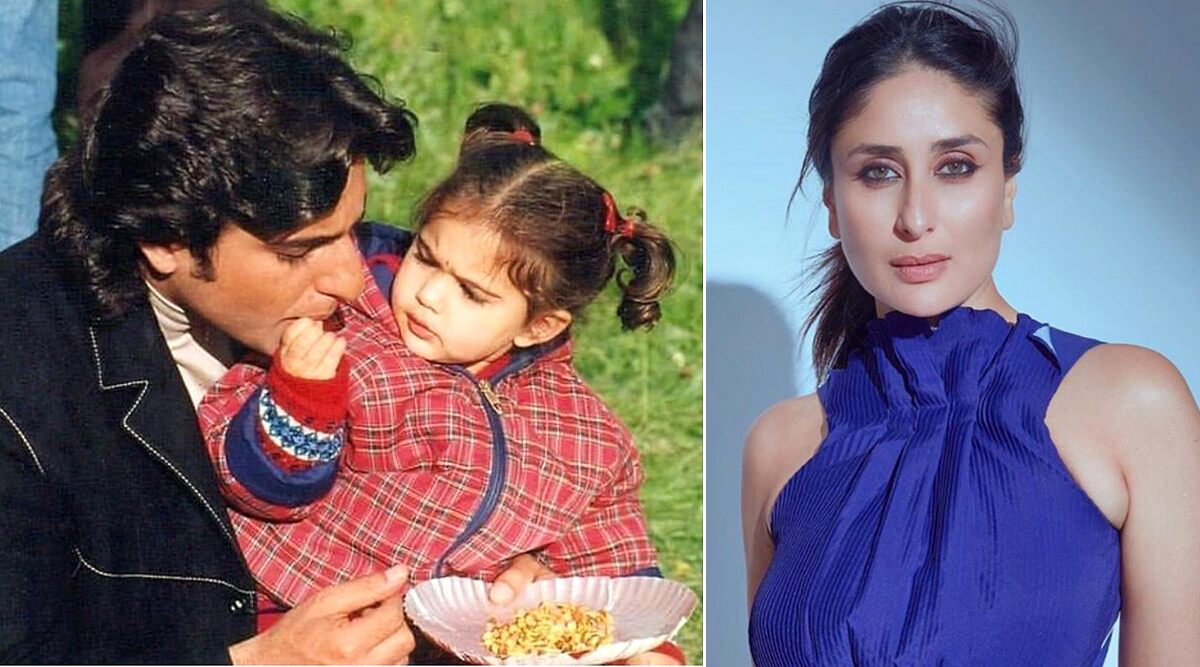 Meanwhile, Kareena Kapoor Khan also shared a throwback picture. The picture shared was of the birthday girl with Saif Ali Khan on her Instagram handle. In the picture, a kiddo Sara snuggled up in the arms of her dad while feeding him some snacks. Along with the picture, Bebo also sent out a message and sweet wishes for Sara. Since the ‘Kedarnath’ actress is a huge pizza fan, she wrote, “Happy birthday beautiful @saraalikhan95 ❤️🎈 Eat loads of pizza 🍕 Big hug ❤️” 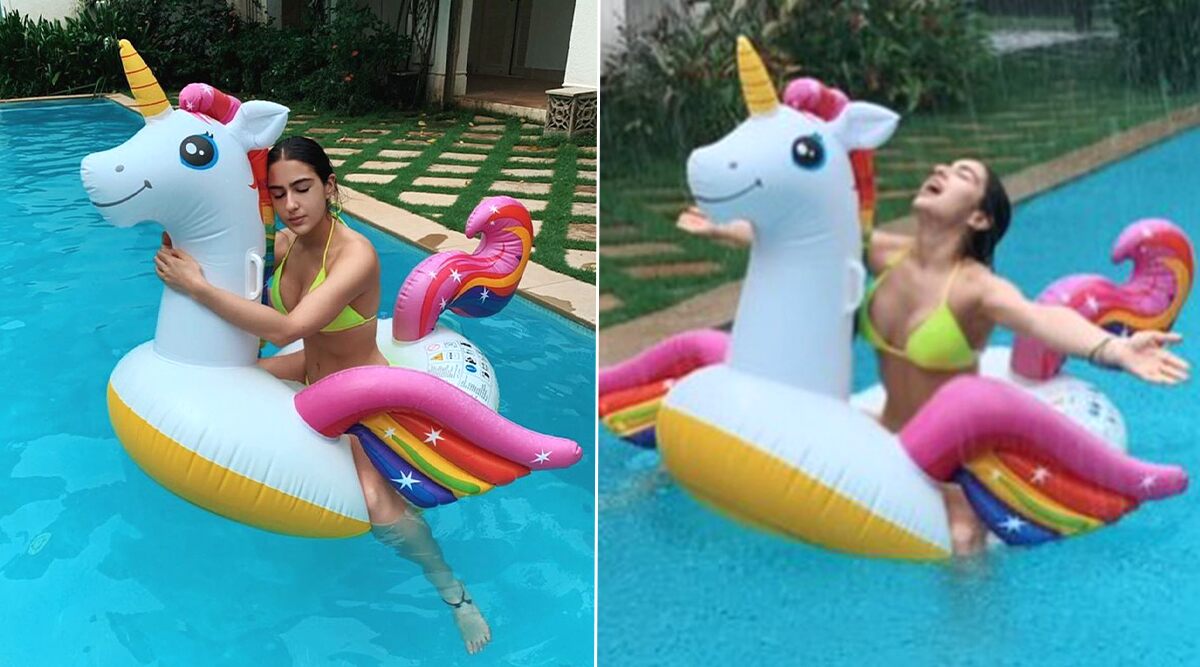 The actress is currently in Goa with her brother Ibrahim Ali Khan. This we know, as she keeps her social media alive with regular updates! From laps in the swimming pool to cycling with her brother, Sara is on her A-game when it comes to fitness. The actress recently shared a video in which she can be seen cycling with her brother. She captioned the video, “Gone with the Wind (sic),” along with a lot of emoticons. (Source: India Today). The Simmba actress is making sure that she includes some or the other form of workout in her daily routine during her trip.

The actress made her official Bollywood debut with the movie Kedarnath in 2018 starring opposite Sushant Singh Rajput. Since then, her career has seen an onwards journey with back to back hits. These include the likes of Simmba and Love Aaj Kal. The actress is all set and working with her upcoming and much-anticipated projects. Her upcoming movies include Coolie No.1 with Varun Dhawan and Atrangi Re tarring Akshay Kumar and Dhanush, directed by Anand L Rai.

Must-watch films of Hrithik Roshan to catch up this week