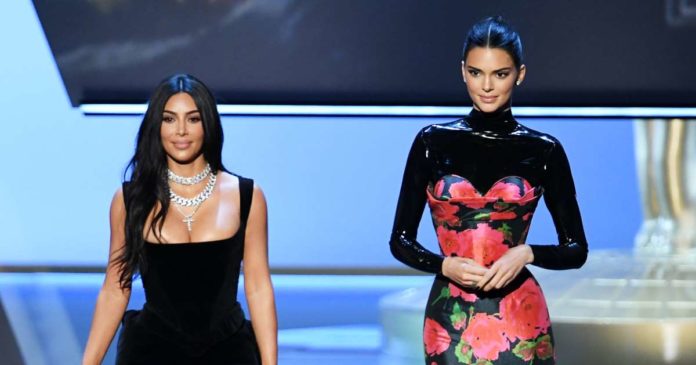 The 71st Primetime Emmy Awards have kick-started a fashion fiesta that is going to spill over to the Golden Globes and Academy Awards. Sartorial elegance and dramatic arrivals on the red (purple/black/green) carpets — the season is coming up with a mixed bag of surprises. These seasons of supreme fashion have been known to be filled up with paramount audience engagement and maximal fashion-world buzz. Hence, the Emmy Awards have commenced a season of treats for the eyes for the fashion enthusiasts and fraternity.

Christie became a synonym for red carpet fashion since her spectacular outing in Iris van Harpen’s futuristic creation with which she was actually a song for ice and fire. Her latest red carpet look at the 71st Primetime Emmy Awards was as buzzworthy that we actually felt like ‘bending the knee’ to her. The queen of red carpet totally ruled the crowd with a champagne-gold-and-wine-coloured regal piece by Gucci.

Kendall Jenner and Kim Kardashian may have been laughed off at the presentation ceremony, but at the red carpet, they dropped some jaws. The once-again brunette supermodel stunned the crowd in black latex and red floral dress by London designer Richard Quinn. Simple. Futuristic. Hot. That is Kendall Jenner for you!

The metallic-gold dress donned by the ‘Russian Doll’ star wasn’t just intricate and maximalist, but also jazzy at the same time. Statement rings and earrings coupled with the dramatic bow weaved in the neckline elevated the overall look to that of oozing glamour and creativity.

No one dresses up as Billy Porter does. After a super-dramatic session at the Met Gala, Billy Porter managed to stun us again this time. The winner of Outstanding Lead Actor in a Drama Series for his role as Pray Tell on FX’s Pose also won the purple carpet with his 1.3-lakh-crystal-embellished suit by Michael Kors. To top up his game, he finished off his look with a crystal manicure and a dramatic hat, embroidered in bling as well.

All hail Zendaya. Donned in a custom one-shoulder asymmetric silk charmeuse gown by Vera Wang, her dress imbibed Poison Ivy vibes from ‘Batman and Robin’. The corseted gown sat gracefully on her flattering body. The Euphoria star finished off her look with diamond drop earrings and matching pump stilettos. Let’s state a fact here. Zendaya can never disappoint anyone with her fashion looks.