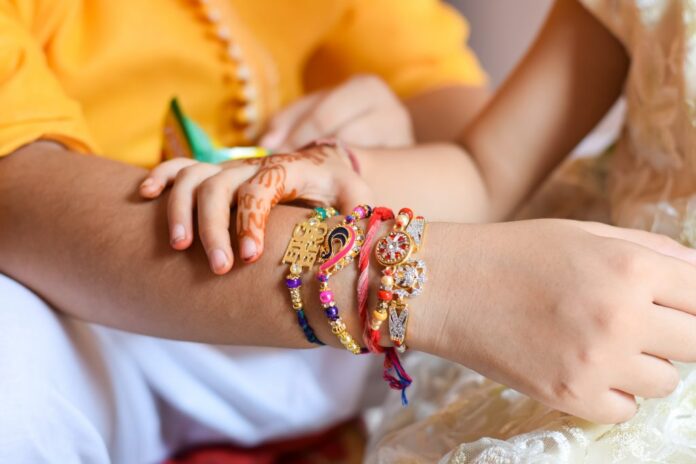 From fighting over TV remotes to sharing Netflix partners, the relationship between siblings is one of the most chaotic and pure relationships in life. You fight like cats and dogs and protect each other like parents. You always have each other’s back and yet will rat them out in front of parents over the smallest issues. They are your first best friend and the first competitor.

But, as you grow up, you become closer, petty fights turn into shared secrets and your siblings become your confidants. You start to enjoy each other’s company and presence. And since you are the Gen Z kids, you bond by binge-watching series and discussing theories.

So, below is a list of series and movies that you can binge with your sibling to celebrate Raksha Bandhan in your style!

Directed by Shakun Batra, this comedy-drama film is the story of a dysfunctional family. The movie stars Siddharth Malhotra, Fawad Khan, Rishi Kapoor, Alia Bhatt, Ratna Pathak Shah, and Rajat Kapoor. The film follows the story of two estranged brothers who return to their dysfunctional family after their grandfather suffers from a heart attack. This film is funny, emotional, heartwarming, and sometimes even hear wrenching and you and your sibling will definitely enjoy it.

Directed by Zoya Akhtar, this comedy-drama movie features an ensemble cast and catchy songs. Anil Kapoor, Shefali Shah, Priyanka Chopra, Ranveer Singh, Anushka Sharma, and Farhan Akhtar are in the lead role. It is also a story about a dysfunctional family. The sibling relationship between Ranveer Singh’s and Priyanka Chopra’s characters is quite heartwarming and realistic. You will definitely enjoy watching his movie.

Walk down memory lane and feel the nostalgia by binging the whole Harry Potter series written by J K Rowling. The sibling relationship between the Wesley children will warm your hearts and you will once again feel like a little child waiting for his/her Hogwarts letter.

This Disney animated musical-fantasy-comedy film is equal parts adorable and heartwarming. This story is about a multi-generational Colombian family, the Madrigals, all with some sort of magical abilities except the protagonist Mirabel. This beautiful film of complicated family relations and undying love for our family members will leave you smiling ear to ear.

This Emmy-winning British comedy-drama, created and written by Phoebe Waller-Bridge is a beautiful story of a free-spirited yet broken woman in her 20s and her navigating through life. The relationship between the protagonist Fleabag and her sister is quite real and messy but at the same time full of love. The series will make you smile, laugh, and also cry all while entertaining you thoroughly.

This American sitcom is one of the most lighthearted and heartwarming shows out there. It’ll make you laugh out loud multiple times. The sibling relationship between Claire (Jodie Bowen) and Mitchell (Jesse Tyler Ferguson) is quite entertaining. This show shows the importance of family and how each and every member has their own abilities and quirks.

This Emmy-winning Canadian sitcom is the story of a wealthy Rose family who suddenly loses their fortune due to embezzlement and has to move to a small town called Schitt’s Creek and live in a motel. The brother-sister relationship between the two characters, David Rose (Dan Levy) and Alexis Rose (Annie Murphy) is quite hilarious and heartwarming. The show is very entertaining and will make you laugh at many moments you and your sibling will relate to David and Alexis and will enjoy watching it.

Therefore, watching the above-mentioned movies and shows will not only be a treat but will also help you in spending some quality time with your sibling. If you and your sibling live away from each other then it’ll give you something to discuss and look forward to in the future. After all, Raksha Bandhan is all about spending time with your siblings and cherishing them.

Also read: Movie Recommendations for Your Next Date Night!

6 Wedding Movies to Watch Before the Big Day

Deck up your place this Navratri

Add some Spice to Your Date Night with these Thriller Movies

Ways to Celebrate Rakhi with your Long Distance Sibling