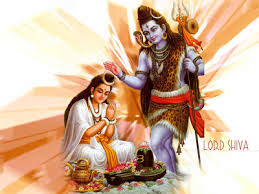 Lord Shiva and Goddess Parvati’s pure alliance between the two souls, ‘marriage’, is referred to as ‘Sitalsasthi’. The wedding commences in the month of may-june. SitalSashti is our mythology’s richest elements in culture. The nuptial is celebrated with huge pompous and excitement in few areas of our country. Its been a very important and celebrated nuptial in Brahmins since ages.  This festival is termed as the most eager and huge cause of enjoyment for everyone in Puri district. People from all walks of life come and  enhance the beauty of this alliance even more with their different folk dances, colorful garments and vibrant ornaments. The sitalsasthi is celebrated every year at the end of summers and beginning of monsoon season so that gods from heaven bless the entire populace from the scorching heat and provide relief with some refreshing and fresh rain.

Sitalsasthi has a great history behind this celebrated event due to which this turned into a celebrated divine Monsoon wedding of Shiv and Parvati.

Drawing from Indian mythology, we have heard tales of Tarakasura, a powerful demon who competed against Gods and defeated all of them. He gave rise to destruction but was blessed with a privilege and a gift that he could only be killed and defeated by Lord Shiva’s son. However, Lord Shiva, had none. Aware of how Lord Shiva has freed himself from the alluring illusion of the world and has devoted himself into meditation and austerity in remote Himalayas, Tarakasura began destroying two worlds. Mother Shakti was approached by all the Gods including Lord Vishnu to take a rebirth and marry lord Shiva to bear a child and bring an end to this destruction. As a result, she reincarnated as a daughter of Himalaya. According to the tales, Parvati began with her meditation, years passed but lord Shiva did not leave his austerity and meditation. Gods approached Lord Vishnu for a solution and was further followed by Kamadeva who bowed an arrow (love arrow) towards Lord Shiva and with full of anger and anxiety, Lord Shiva opened his third eye and burnt Kamadeva for his sinful work. But during all of this, Parvati completed her meditation. Lord Shiva and Parvati tied the sacred knot, right after.

The same festival is celebrated as ‘Hartalika Teej Vrat’ in North India and ‘Swarn Gouiri Vratam’ in South India. On this day, the married women fast for the long life of their husbands and the unmarried girls also fast for a good husband. It actually represents the intense meditation and fast Parvati went through to attain Lord Shiva. The wedding day of Lord Shiva and Parvati is the day of Mahashivratri.

Deck up your place this Navratri

Ways to Celebrate Rakhi with your Long Distance Sibling