Produced by Maddock Films, Homi Adajania’s ‘Angrezi Medium’ thumps the young generation’s idee fixe with pursuing higher academics overseas. The main objective of the film highlights the family’s stick-to-it-iveness to embrace the hurdles for the love of their kids. Champak Bansal’s (Irrfan Khan) sphere from Udaipur twirls around locking horns with his brother Gopi (Deepak Dobriyal). Bansal is one of the owners of the Ghasitaram sweet shop chain. He leads a pleasant life with his teenage daughter, Tarika (Radhika Madan). A graduated Tarika is about to commence another academic journey in which she wants to scout what lies beyond her minuscule world. Champak acquiesces to his daughter’s yearnings, but things begin to get out of control when it comes down to paying the hefty fee. He vows to do whatever it takes to send his daughter to study abroad and trudges up the stairs that not only authenticates his unconditional love for her but also reformulates the father-daughter connection.

You behold on the silver screen Irrfan’s factor in every frame. You laugh with him, cry with him and every time he overcomes a hindrance, you go through the exuberance with him. And along with him is yet another fine thespian, Deepak Dobriyal whose comradeship with Irrfan is an attestation to the fact that both of them are proficient actors. Radhika Madan pulls off a fine performance as a mildly wayward and often clueless teenager, especially in the scenes where her profound relationship with her father unfolds. Their chemistry is natural, and the portrayal of their respective characters seems so real that their dilemmas and inner conflicts start to resonate. Roles of Kiku Sharda, as the childhood buddy of the two brothers and Ranvir Shorey, as Balakrishna ‘Bobby’ Tripathy, living the apparently perfect NRI dream, act as a catalyst in moving the plot ahead. Bobby comes as a refreshing twist in the plot and Shorey does complete justice to his part. Kareena Kapoor Khan does well in her brief appearance as tough cop Naina and adds to the chaos in the second half of the film.

With one foot in homeland and the other in London, the music and the background score have been chalked out keeping the two different scenarios in mind; works out fine and differentiates the mood well. The first half of the screenplay is more engaging than the second, but, while trying to fit in too many subplots, the story goes quite topsy-turvy. There are some fantastic moments in the film, and sharply written scenes between the characters, which in turn, prove to be the highlights of the drama. However, the story is far too viewer-oriented and has inconsistencies that are hard to overlook, but Irrfan’s exceptional performance makes it worth the watch. 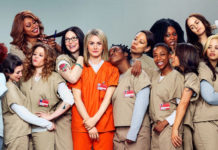 Web Series To Start As You Stay Indoors 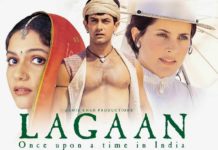 Bwood Movies To Watch During Lockdown 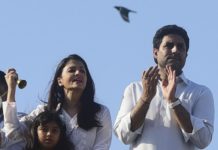