Home Honeymoon Destinations Spend your Honeymoon in these Castles-of Love

Is your love bond as strong as of the ever beautiful Mumtaz and Mughal Emporer Shahjahan? If not, then think of it because we want you to do so. Now you are in the right state of mind to be introduced to the list of Castles and places we are about to tell you. No prizes for the guesses. Like the Taj Mahal, there are many other castles which have immortalized some great love stories all around the globe. We bring to you these ‘Love-Castles’ for this Valentine which aren’t as old or majestic as our Taj but definitely beautiful with some interesting stories. The season of love is all around. Take a look, plan a trip and if you find them coincidentally in the same country you are going for a honeymoon, then don’t miss on these love symbols. Don’t, only if you think your significant other could demand one from you! 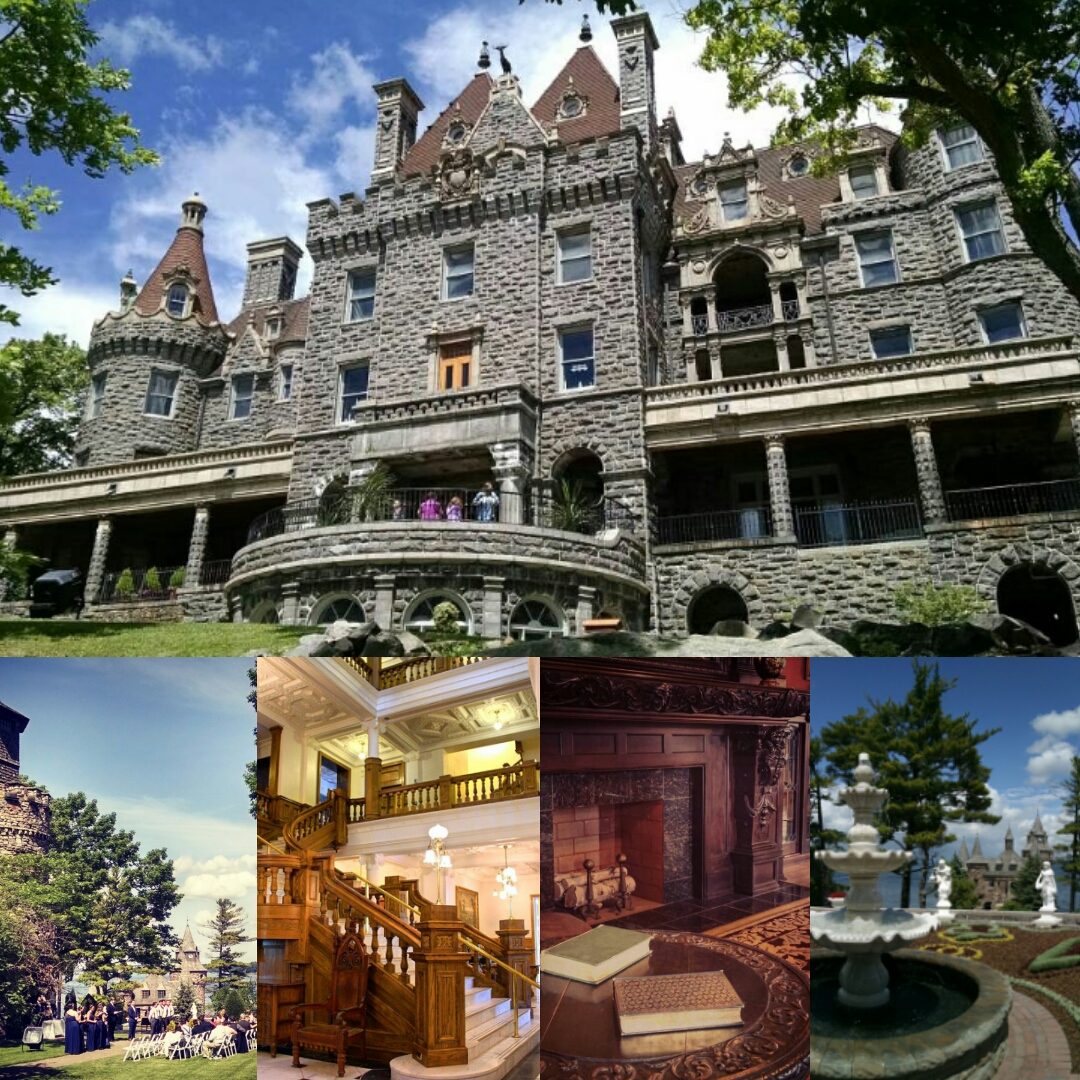 Nothing less than a fairy tale castle, this beauty nestles in Alexandria Bay on the Heart Island of the Thousand Islands in New York. Marking the border between Canada and the U.S., it is one of the tourist spots visited equally by people from both the countries. Just above Lake Ontario is an enclave of small islands known as the Thousand Islands where this love-castle lies. George Boldt, a hotel magnate in New York City, for the love of his beloved wife Louise Kehrer Boldt, launched the construction of one of the largest private homes in America – a six storey 120 roomed castle with the help of over 300 workers, artisans, landscapers, masons, stonecutters etc in the 1900s. Apart from the main castle there were four other architecturally notable masonry structures on the island. This majestic house was meant to be a present for his wife. The neighboring islands too were developed with a yacht house, farms, canals, golf course, tennis courts, stables and a polo field.

Just four years into the construction and it was abruptly ceased. A telegraph from Geroge Boldt ordered to stop the construction by hundreds of workers due to his wife’s sudden demise. His broken heart couldn’t bear to continue building his dream castle without Louise. Boldt never returned to Heart Island, leaving this incomplete structure as a monument of his love and leaving a shell of a castle mimicking the emptiness of his own heart. For the next 73 years the castle was open to vandals and visitors without any security. After pouring millions of dollars into restoration, the first two floors have now been restored. However, it is said that the restoration has been done to bring it back to the state it was left, not to complete it as Boldt had intended. The castle is now a premiere home and vacation spot for visitors who look out from the towers for lovely views of the river, and stroll in the Italian gardens and like to ply on the waters around, in a yacht. Boldt Castle can be reached by water taxi, private boat, or tour boat. If you are planning a trip to Canada or New York, do visit this monument of love for its marvellous interiors including the library and ballroom, and enjoy the surrounding realms. The romantic in you will find scenic vistas galore for a relaxing time. 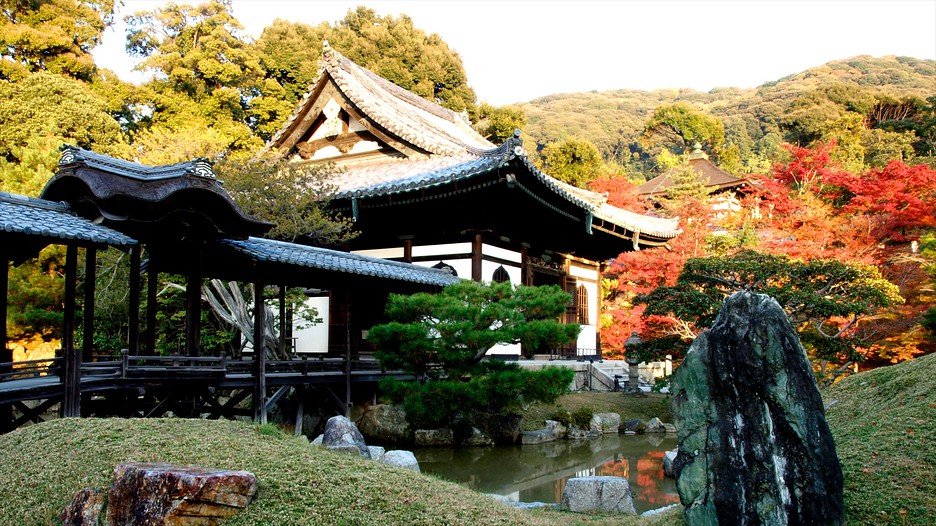 Kyoto is outranked only by Rome when it comes to the number of UNESCO World Heritage Sites. Kyoto has been the ancient imperial capital of Japan and boasts of its numerous Buddhist temples, shrines, palaces and dozens of gardens and museums. A walk through Old Kyoto with alleys of traditional narrow wooden houses and raked pebble gardens will fulfill your fantasies of Japanese structures and beauty. Though all the shrines and temples here are marvelous and beautiful, there is something that differentiates this one in Kyoto’s Higashiyama District. Maybe it’s the significance of love! Kodaiji Temple was established in 1606 by Nene who had taken the name Kodai-in later. She got this built, to pray for her late husband Toyotomi Hideyoshi, a historical figure in Japan. The principal image here is a statue of Shaka, though there are other objects designated as important cultural assets. It is due to the special lacquer work, known as Kodaiji Makie, featuring designs made from powdered gold and silver set in lacquer that the temple is nicknamed the maki-e temple. It also holds paintings, including one of Hideyoshi, as well as textiles, and a bronze bell with an inscription dating back to 1606. The gardens here are the scenic beauties apart from being a nationally designated historic site. This serene place is surrounded by beautiful Zen gardens with maple and pine trees which are illuminated during special shows in spring and autumn. Within this garden stands the Kaizando (memorial hall) where Nene would pray for Hideyoshi and which now enshrines wooden images of both of them. For all the tea lovers, there are two tea houses up on the hill, as Hideyoshi was a fervent tea ceremony practitioner. The return path to the temple buildings passes through a mystic bamboo grove and a series of steps, named Nene’s Path, leading back to the streets. When in Kyoto, get familiar with the Japanese cuisine and try Kaiseki – a traditional multi-course Japanese dinner which may consist of five or more small aesthetically pleasing courses. Witness the shakura – the spring blossom in Japan in March-April with all the scent of the white cherry flowers around and giving that illusion of snow, with the warmth of the spring. For those looking to explore something new on their honeymoon, Kyoto is a great destination topped with remarkable food and shopping in the picturesque city, nestled in forested hills. 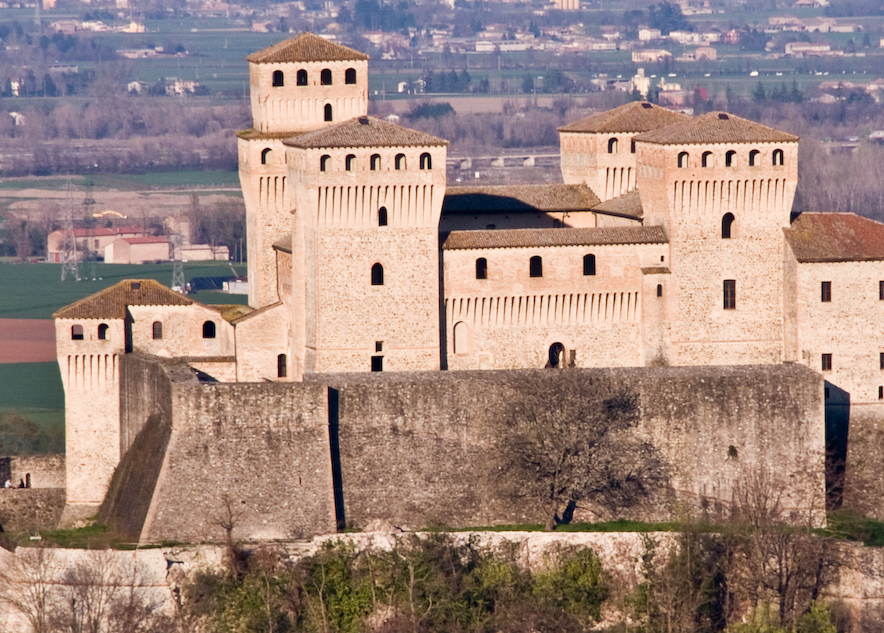 Romantic getaways in Europe are many, making it a honeymooners’ heaven – the bewitching grasslands, people, streets, the country sides and the architecture presenting a mix of royal and unfussiness. Out of all, Italy seems to beckon lovers of all age. The vivid history, culture and cuisine have combined to create an atmosphere of pleasing music, amiable villages, winding lanes and a warm welcome wherever you go. Be it Rome, Venice, Tuscany or Florence, everything in Italy is classic and so is the Castle of Torrechiara in Parma. While the aforementioned cities may be more popular, but it is the less crowded and secluded places in Italy that take you into the romantic tranquility. Such destinations would have definitely brewed some eternal stories of love; the castle here is one such proof. Constructed by Pier Maria Rossi between 1448 and 1460, this is one of the best preserved castles of Italy which was devised as an instrument of defense, as well as a distinguished home for the count and his lover Bianca Pellegrini da Arluno. In the midst of a pleasing climate, surrounded by vineyards and snuggled among the hills with beautiful sight of the valley at one side and the city on the other, this one is apt for the romantics. Once you have surpassed all the defensive details, you will discover the solace that it has hidden beneath, reminiscent of the court life. From the chapel of Saint Nicomede, which houses the two empty tombs of the two lovers, you can go on to a series of rooms with ornate designs from the fifteenth century. The external lodgings complete an itinerary of tranquil joy, peaceful celebrations and of dignified and passionate lovers. Between the Po River and the Apennine mountains south of Parma and Piacenza lay various other wonderfully preserved castles. Few of these even provide staying options. Go cycling together, explore the vineyards, get a taste of the excellent wine and lose yourself into each other. There are also few other castles, hiding love stories at their core and are must-visits if ever you get a chance.

Cherish the honeymoon moments at these location with the stories of castled love.

Exceptional Couples Activities In The Maldives

Top 5 Disneyland Destinations In The World

Where your reverie will come true – Thailand