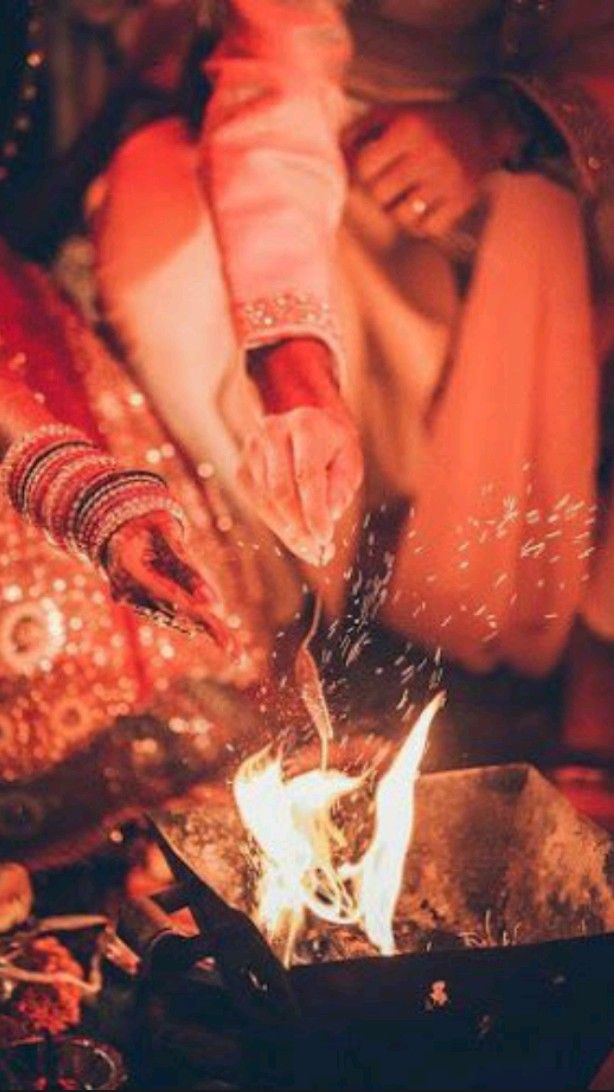 The ancient Hindu heritage is believed to be the oldest existing religion. Sanatan Dharma has a wide range of traditions which some believe even date back to 2300 BC. Although some argue that it has been timeless, hence existed forever.

Hindu marriage takes place in the presence of agni aka fire in the mandap. The bride dresses up in red and applies henna on her hands known as mehendi. The groom dresses up in a sherwani and arrives on a horse with a baraat which is like a dancing parade of all the close family and friends of the groom.

The Hindu phera ceremony involves seven rounds around the fire, each round signifying a promise to your significant other with fire present as witness.

According to the Hindu dharma, it is believed that each individual has seven lives. Hence, the seven pheras simply translate to accepting and promising yourself to each other for eternity. 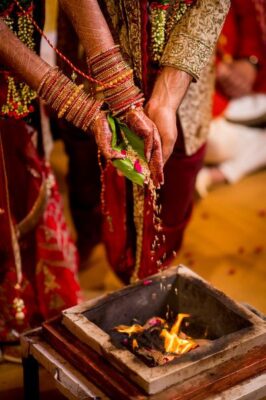 The second phera or vow promises to be each other’s strength as the groom protects the family and the bride pledges to be his strength.

The groom promises to earn, have a prosperous and wealthy family while the bride says that she will always stay loyal to her husband throughout; in the third phera.

In the fourth phera, the groom declares his life to be complete and thanks the bride for that and in return the bride declares to always try and make her husband happy.

In the fifth phera, the groom says that the bride is her forever best friend and asks god to bless her and their union. The bride too promises to shower him with love all her life and to share every glee and gloom.

In the sixth phera, they assure each other of their love, affection and care. They ask God to bless their union with good health, wealth and prosperity.

Finally, in the last phera, they call each other husband and wife as they promise to be each other’s friends above all else. They devote themselves to each other for eternity.

With this beautiful last vow, they are announced as husband and wife and are blessed with elder’s blessings to start their new married life with the utmost happiness!

The charisma of a Konkani wedding