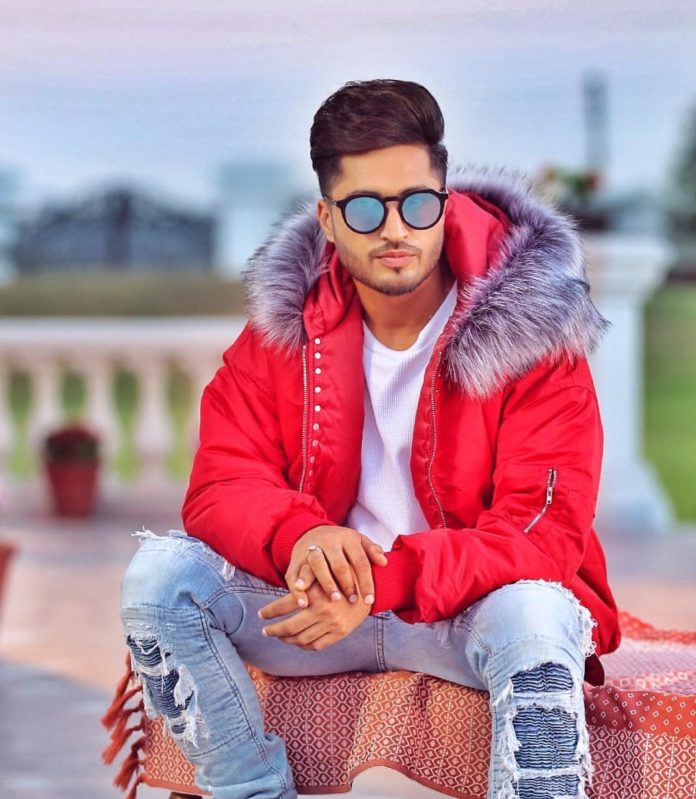 Nothing beats sheer determination and hard work when it comes to succeeding in the entertainment industry, no one knows this better than Jassie Gill. The singer-actor has slowly and steadily climbed the totem pole. Having made a name for himself in the Punjabi film industry, Gill is here to conquer Bollywood as well.

From being a common village guy to being one of the most revered names in the entertainment industry — Jassie Gill has come a long way, consistently reinventing his work and taking up challenging projects. Struggles and failures are a part and parcel of life but that shouldn’t deter one and it certainly didn’t dishearten Gill either. Precisely the reason why his disarming charm has won him a loyal fan base in the country. His sincerity is clearly reflected in his songs which speak for him. In an era where nepotism is the talk of the town, Jassie Gill shows us that it’s sheer hard work and dedication for your craft that can steer your boat towards success. The heart-throb is surely a youth icon adored by one and all. His story makes us believe in honesty and ingenuity. His story makes us believe in our struggles and the fact that at the end of the day, it’s all going to be good. Here’s to an ardent artist who deserves every bit of the fame and adulation coming his way.

Born in Jandali village near Khanna in Punjab, Jasdeep Singh Gill aka Jassie Gill’s life wasn’t a piece of cake. He took a liking towards music from an early age and was trained to sing in local youth festivals. The famous singer had to wait for three years before he made his debut, for which he had to pay from his own pocket. He had to face his own shares of hardships before making a name for himself. He credits his success to the unwavering faith his parents showed in him. The immense support he has received from his family is commendable. This strong support system has a crucial role in carving his career. Gill too, has always shown his gratitude towards his family and well-wishers.
He soon rose to fame with his unique voice and amazing songs, which swiftly made a permanent place in the hearts of the younger audience and every discotheque. Known for his versatile songs, the singer finds his loyal admirers in all age groups.

Foray Into The Entertainment Industry

Jassie Gill’s hard work paid off when he made his debut in 2011 with the album ‘Batchmate’ which became an instant hit with the masses. His song Churiyan was particularly well-received by the audience. He followed this up by releasing the single Vigre Sharabi the subsequent year. Gill later released his second album ‘Batchmate 2’, which became an even bigger hit than the previous one. The album included the song Lancer which struck a chord with one and all. His song Bapu Zimidar went on to become the next dance anthem  and proved to be a turning point in his career.

His next superhit song Classmate that featured in the movie ‘Daddy Cool Munde Fool’ was equally liked by his fans. In September 2013, he came out with the single Pyaar Mera. After the successful release of his album ‘Replay’, he released another single Nakhre in the year 2017.

An acting debut was no longer a distant dream as Gill made his acting debut on the big screen with ‘Mr & Mrs 420’ in 2014. There was no dearth of good offers for him as he did one project after the other. Soon after his debut, two more films came ‘Dil Vil Pyaar Vyaar’ and ‘Mundeyan Ton Bachke Rahin’ in which he starred alongside Roshan Prince and Simran Kaur Mundi.

His recent musical releases Nikle Currant and Surma Kaala, were also applauded by music lovers all over. The versatile singer is always searching for opportunities to reinvent himself and enthrall his loyal fans. His chartbusters are played on loop by many, as his energetic songs are favoured by one and all. No wedding or party is complete without a couple of Jassie Gill’s songs played at full volume.

The Hindi film industry was not a distant destination for the Punjabi singer-actor either. The artiste made his Bollywood debut in 2018 with director Mudassar Aziz’s ‘Happy Phirr Bhag Jayegi’, which was a sequel to the 2016 release ‘Happy Bhag Jayegi’. When the team of ‘Happy Phirr Bhag Jayegi’ reached out to him, he was already over half a dozen (Punjabi) films old. Initially, the singer thought that they wanted him to sing a Punjabi number for the film. But he was in for a surprise when he realised that the director wanted to cast him opposite Sonakshi Sinha. Aziz was keen on having Gill on board after watching the video of his Punjabi song Nakhre.

Holding his ground amidst talented stalwarts like Jimmy Sheirgill, Sonakshi Sinha, Ali Fazal and Diana Penty was no mean feat for a talented actor like Jassie Gill. Perfectly displaying his acting chops and comic timing, Gill aced through his role and was accepted with open arms by the audience. Providing his loyal fans more reasons to cherish his debut, he also lent his voice for the track Chin Chin Chu. Gill who is a known name in the Punjabi film industry had to work hard to bag his Bollywood debut. He had to go through rigorous screen tests to land his debut.

The filmmaker shared a video featuring quotes by herself and her leading stars along with family photographs from their personal albums. “From a team backed by its families comes the story of a family taking on the world,” the video stated before introducing the title. Ashwiny shared the video with the caption, “My existing reality is a reflection of my dear ones’ belief in me. From the team backed by its families. Presenting #PANGA.”

The story revolves around a family that laughs, cries and dreams together. A family that is a solid support system and makes everything seem possible even in the face of adversity. According to reports, the film will see Ranaut playing the role of a national-level kabaddi player and Jassie Gill will feature as her husband. The film is scheduled to release in 2020. The talented actor hopes that just like Punjabi music has created a space for itself in Bollywood, Punjabi actors will also create an audience for themselves. With everything working in his favour, Jassie Gill is surely a force to reckon with. He is all ready to weave magic with his talent.