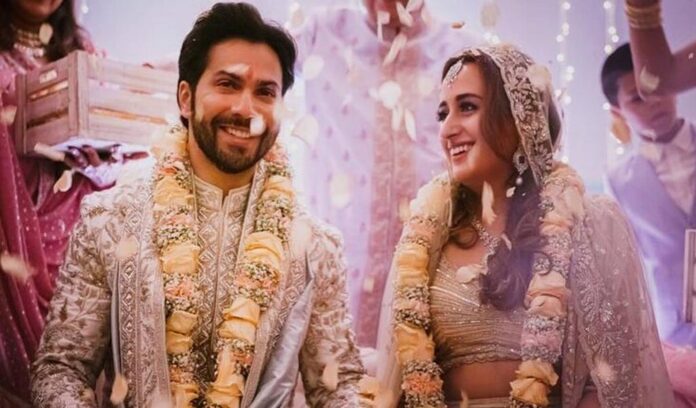 Varun Dhawan and Natasha Dalal broke the internet last night as they released pictures of their secret wedding in Alibaug on Sunday. Varun shared the first photos of his wedding pheras on Instagram just minutes after they got married with a beautiful caption: “Life long love just became official”.

The traditional Hindu wedding saw only family members and close friends in attendance. Keeping COVID-19 protocols in mind, Varun and Natasha reportedly had a limited guest list of 40-50 names. 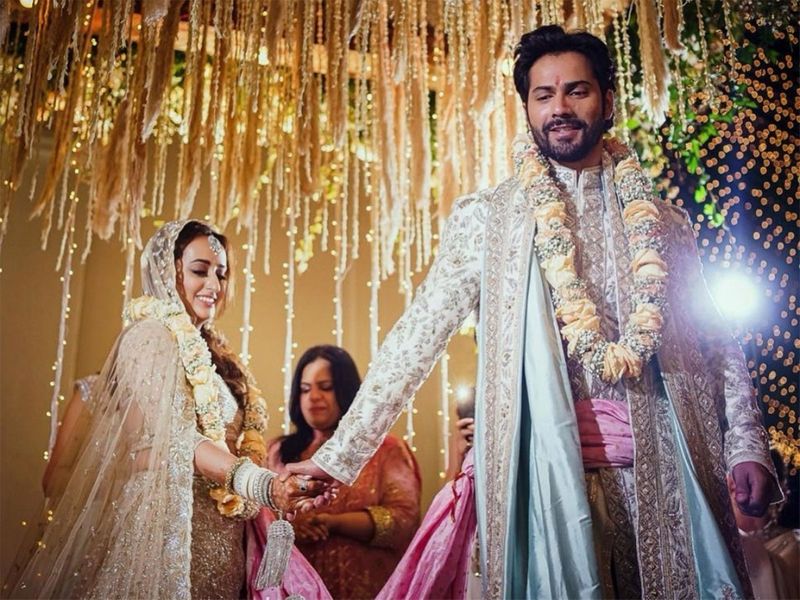 For her wedding, Natasha Dalal went for a light golden lehenga with a broad V-neck blouse featuring 3/4th sleeves with sequins all over. This was paired with a sheer georgette dupatta. Varun Dhawan matched the pageantry glamour in his embroidered ivory sherwani.

They followed a strict no-phone policy at the wedding and security found increment outside the Alibaug wedding venue – The Mansion House. The couple also made COVID-19 tests mandatory for those attending the wedding. 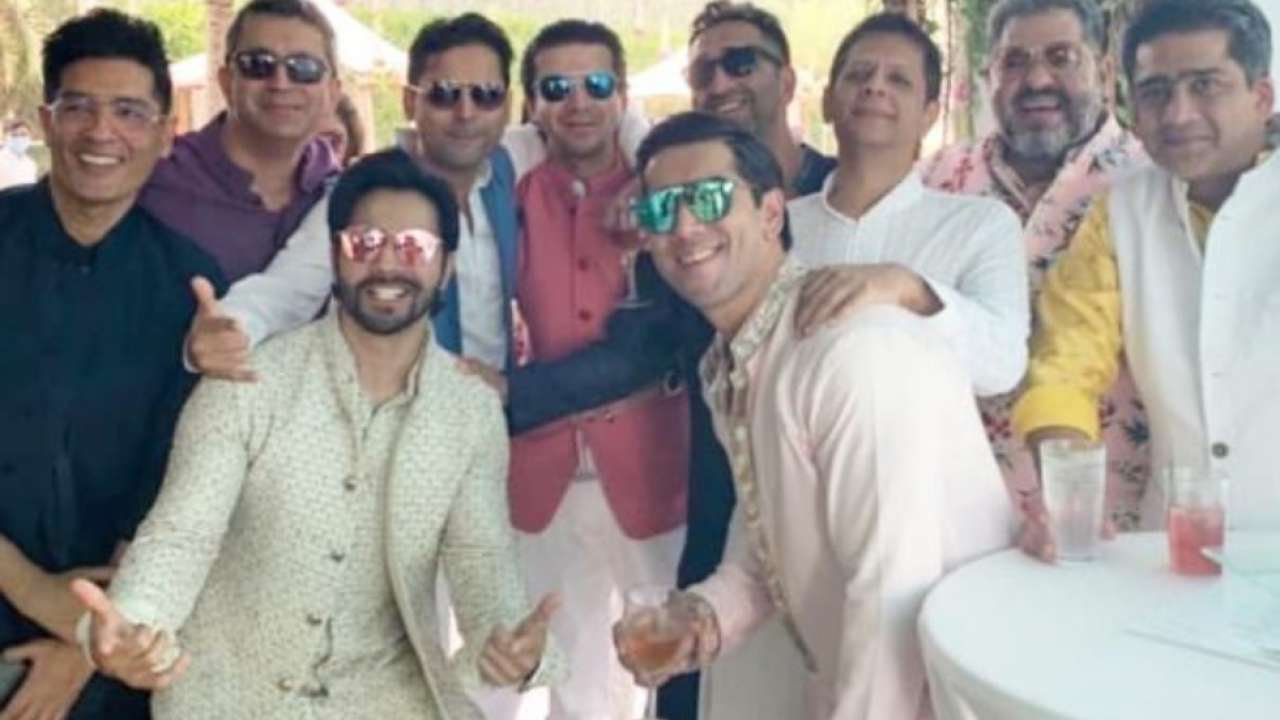 The wedding festivities began on Friday, when Varun Dhawan and Natasha Dalal travelled to Alibaug with their families. As per reports, they checked into separate resorts. Varun also reportedly had a bachelor party with the groom squad. Their wedding itinerary also included mehendi and sangeet ceremonies – mehendi artist Veena Nagda was spotted arriving in Alibaug on Saturday. A photo of Varun with his friends, including filmmakers Shashank Khaitan, Kunal Kohli and designer Manish Malhotra, did the rounds on the Internet on the morning of his wedding. (Source: NDTV) 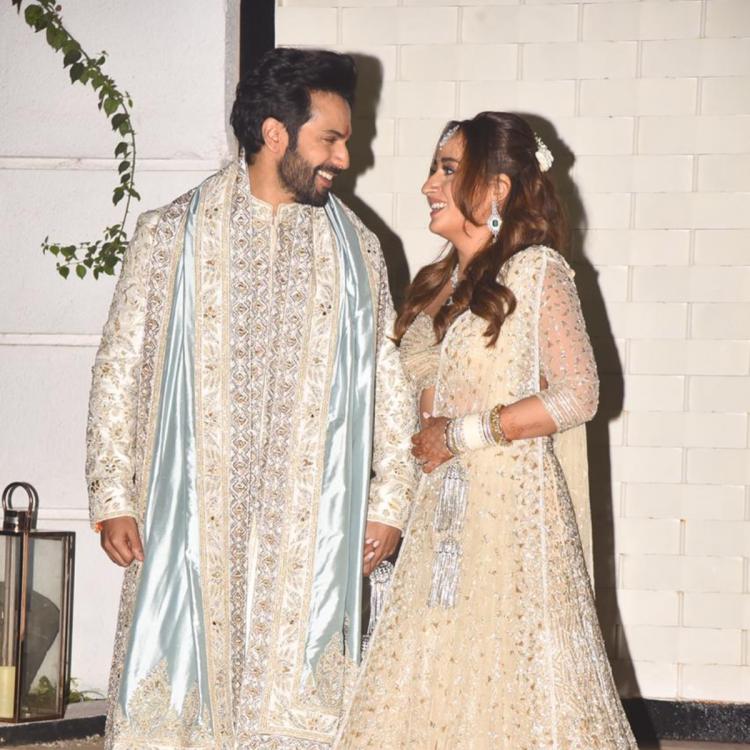 Varun Dhawan and Natasha Dalal, a designer, are childhood sweethearts and have an adorable love story. They were school together but started dating much later. After keeping his relationship a hush-hush affair for years, finally on the sixth season of Koffee With Karan, Varun confirms that Natasha is his fiancee. “I am dating her and we are a couple…I plan to marry her,” he said.

Recalling the moment when he fell in love with Natasha, Varun said, “I actually met Natasha in the 6th standard. We were friends till 11-12th. We were very close friends. I remember seeing her for the first time. We went to Maneckji Cooper. It was on the basketball court that I saw her and I fell in love with her that day. That was it! She rejected me 3-4 times, but I didn’t give up hope.”