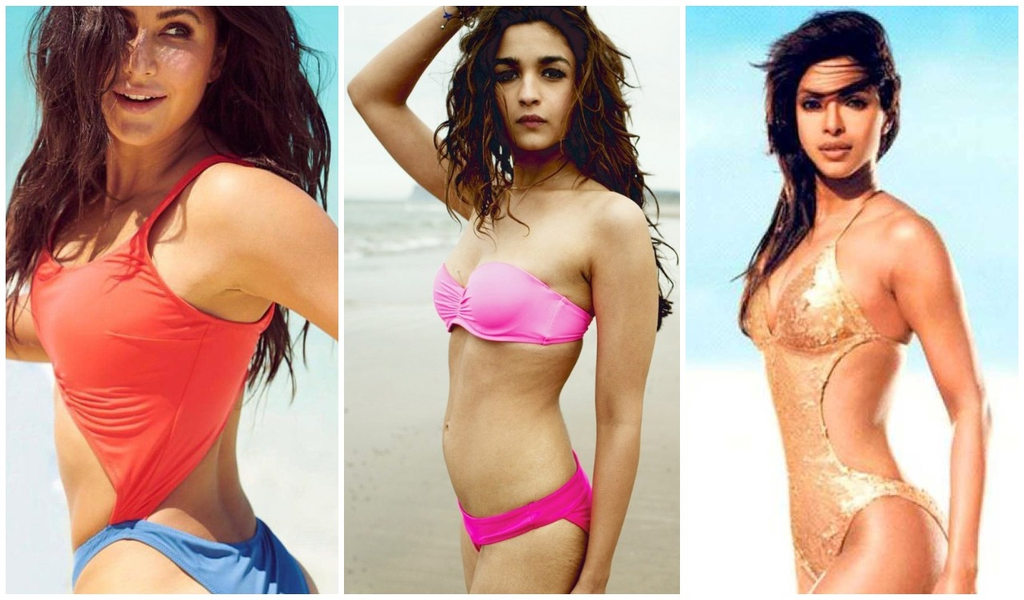 Bollywood has always introduced different fashion rostrums influencing millions of fashion enthusiasts uplifting the game of oomph. From the iconic, fashion-forward styles worn by top-notch actresses such as Nutan and Sharmila Tagore to stylish maillots and bikinis worn by Katrina Kaif and Priyanka Chopra in the current scenario, Bollywood’s love affair with stylish swimsuits through the ages is something noteworthy. Let’s have a look at swimwear fashion in the history of Tinseltown.

When Nargis first donned a bathing suit in the film ‘Awara’ circa 1951, she became one of the first lead actors in Indian cinema to appear in a bathing suit on-screen. More than a decade later, it was Sharmila Tagore who courted controversy when she appeared on the cover of Filmfare in a printed bikini. While donning a stylish bathing suit may be considered the norm today, it was these progressive, fashion-forward ladies who paved the way in Bollywood and did it in style. From the feminist characters, they played on-screen to the avant-garde fashion choices they made. Here, have a look at some of Bollywood’s most stylish actors in swimwear through the ages, from 1950 to now.

Known for breaking stereotypes, actor Begum Para circa 1951, posed for a photoshoot by the sea. Nutan in the 1958 film ‘Dilli Ka Thug’, dives into the sea to rescue Kishore Kumar during the film’s climax sequence wearing a monokini. Tanuja set fashion goals in 1965, in a backless, skirted swimsuit in the film ‘Chand Aur Suraj’. A style icon who was way ahead of her time, Saira Banu channelled Hollywood legend, Esther Williams, donning a gold sequined swimsuit with matching headgear in the film ‘April Fool’ in 1965.

Breaking stereotypes, Sharmila Tagore’s iconic bikini shoot for the cover of Filmfare in 1966 created quite a stir. The groovy 60s truly arrived in Bollywood in Sharmila Tagore’s waterski-song-sequence of the 1967 film ‘An Evening in Paris’. In 1973, a 16-year-old Dimple Kapadia made her debut. And it was in a red bikini starring opposite Rishi Kapoor in the film’ Bobby’. The film became one of the biggest hits and fashion trendsetters of the decade. The OG 70s style icon, Zeenat Aman in printed beach ensemble from the 1973 film ‘Heera Aur Panna’. This complete with a delicate waist chain is considered fashion-relevant to this date. In the 1979 film ‘The Great Gambler’, you can see Zeenat wearing a bikini with a printed bottom and solid top, another fashion-forward choice.

By the eighties, wearing swimwear was no longer considered to be risque. One of the most popular actors of the time, Praveen Babi glorified beachwear by donning matching sarongs, jewellery and ruffle-adorned styles. Madhuri Dixit dons an eighties-style striped swimwear as she makes her debut in the 1989 film ‘Tezaab’. Kajol can be seen wearing a tropical-printed maillot suit with high-cut sides, a style that was extremely popular in the 1990s. Actor Juhi Chawla dons an all-black, form-fitting suit with noodle straps in the 1993 film ‘Darr’. Sonali Bendre introduces a more modern beach aesthetic to Bollywood, in a stylish, all-white bikini, worn with a diaphanous printed wrap and sunnies for the 1995 film ‘Takkar’.

Lara Dutta wore a fabulous sequined bikini in ‘Blue’—Bollywood’s 2009 foray into making an action-thriller filmed underwater. Kareena Kapoor in a neon-green Bikini from the ‘2009’ film Tashan, sparked the whole ‘size-zero’ craze. Swimwear becomes more stylish than ever, from Alia’s Bandeau style to Katrina’s neon Monokini. Bollywood actors now wear the latest styles and trends, but not without a nod to those fashion-pioneers who paved the way in the years gone by.