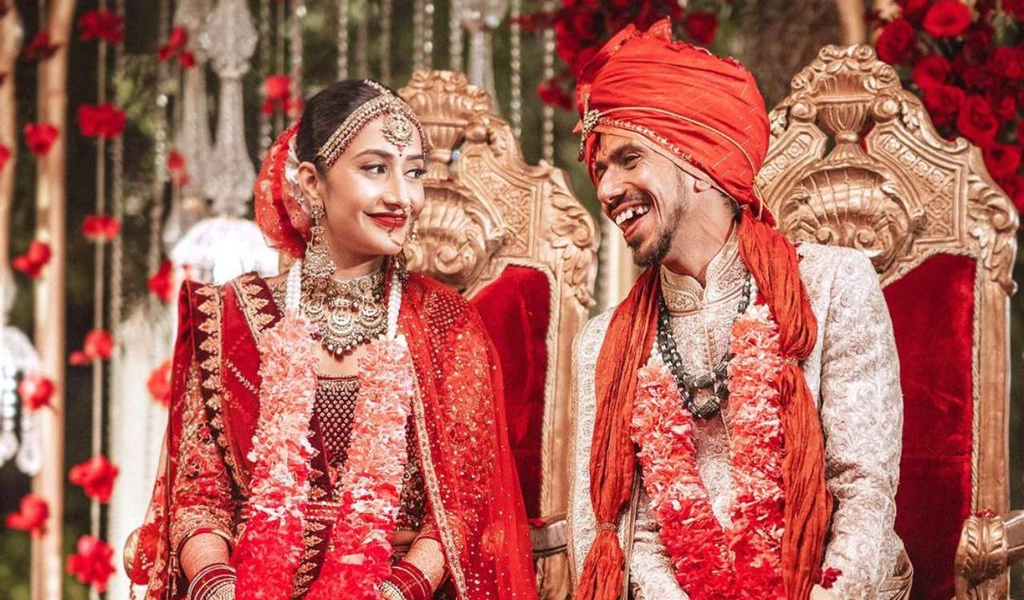 Indian leg-spinner Yuzvendra Chahal married Dhanashree Verma on Tuesday in Gurugram. The Royal Challengers Bangalore (RCB) spinner took to his social media accounts to share the news with his fans. Posting a couple of pictures with his partner on Instagram, the leg-spinner wrote: “22.12.20. We started at “Once upon a time” and found “Our happily ever after,” coz’ finally, #DhanaSaidYuz for infinity & beyond!”. In the pictures both Chahal and Dhanashree, dressed in their vermillion shades of outfits, share smiles while looking in each other’s eyes. 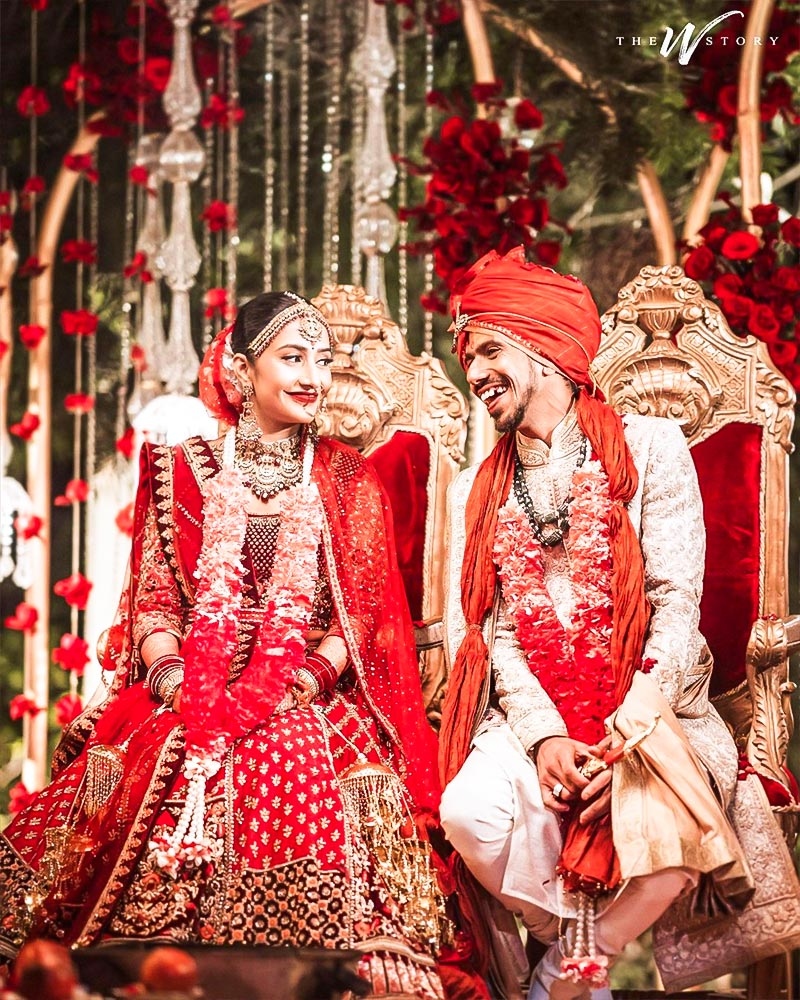 A picture of the newlyweds surfaced on the internet soon after. While Dhanashree decked up in a maroon lehenga, Yuzvendra complemented her in an ivory sherwani with a maroon turban. 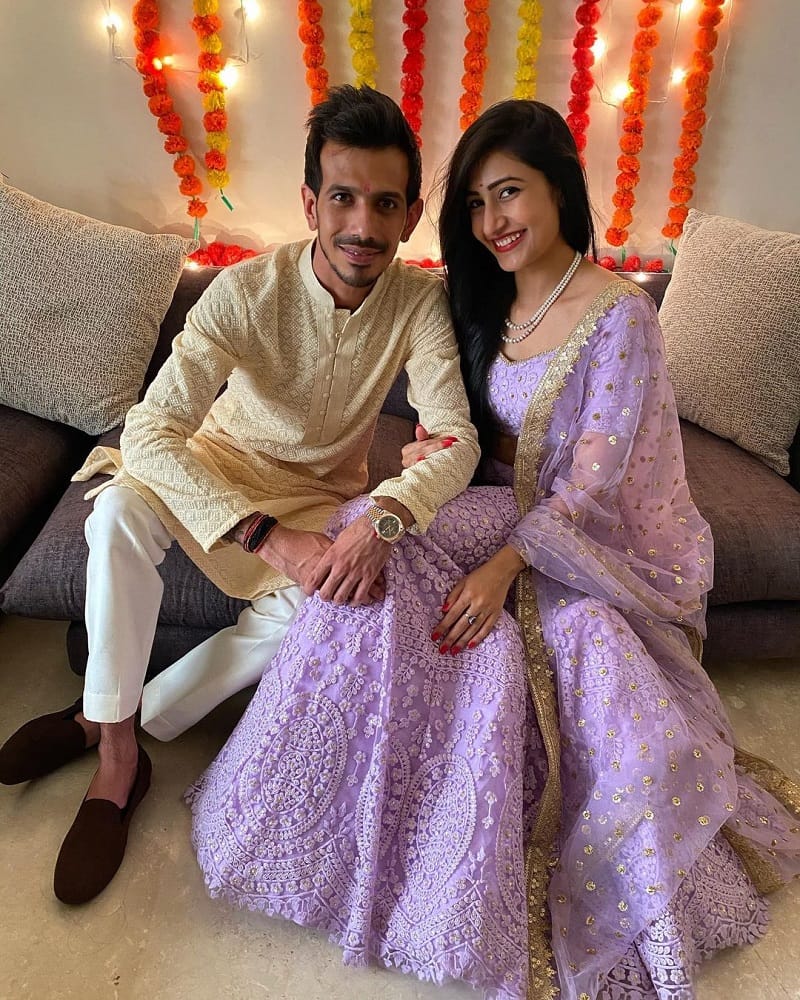 Dhanashree had earlier told Hindustan Times that Yuzvendra had proposed to her and she “happily agreed”. All this happened during the lockdown! Talking about how they met each other, Dhanashree said, “It started off as a student-teacher relationship in April. He had seen my dance videos on YouTube and knew about my work. During the lockdown, Yuzi decided to learn a few new things, including dance. So, he got in touch with me and we started our classes. Slowly we became friends and sort of felt a connect.”

Yuzvendra had shared the pictures from their Roka ceremony in August. He wrote in the caption, “We said “Yes” along with our families #rokaceremony.” The two posed for a few pictures and were seen along with their family members in one of them. A basketful of goodies in red wrapping paper was also kept in front of them. While Dhanashree had worn a lavender lehenga, Yuzvendra had chosen a beige kurta for the day.

Mohit Marwah Ties The Knot To His Long Time Girlfriend