Indian restaurant aggregator and food delivery giant, Zomato India, organised Zomaland which  is being described as the “grandest” food and entertainment carnival. It certainly stood out in comparison to other food fests. The festival, which is a three day carnival began in JLN stadium, Delhi started on December 13 and went on till December 15, 2019.

A well-organised event, Zomaland was a treat for everyone. To get the people in order, a smooth process with multiple checks were in place. The Ferris Wheel and photo booths were placed in the centre.

The food stalls lined the peripheries, with stages on either end. The decoration was beautiful and showcased about how a lot of thought went into the design and layout.

The blockbuster food festival had an array of incredible 70+ celebrated restaurants, divided into five food zones along with 1000+ innovative dishes. Be it an American burger or dim sums, Indian kebabs or Mexican tacos or a simple ice cream. From International to desi, Zomaland’s Delhi edition had a food zone for every palate.

Not just that, Zomaland 2019 has upped the game with larger-than-life attractions and an amazing line-up of 34 power packed performances by some of India’s most loved artists. The performances included the soulful Jasleen Royal, Ritviz, Sidhu Moosewala, DIVINE, Nucleya, Seedhe Maut, Prabh Deep, stand-up comedian Abish Mathew and many more.

Zomaland is all set to scale up its grandeur and will host itself in Mumbai and Hyderabad for the first time after Jaipur, Chandigarh and Pune. 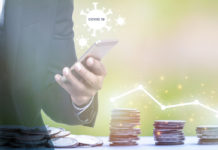 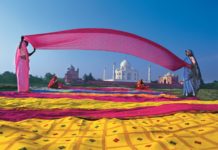