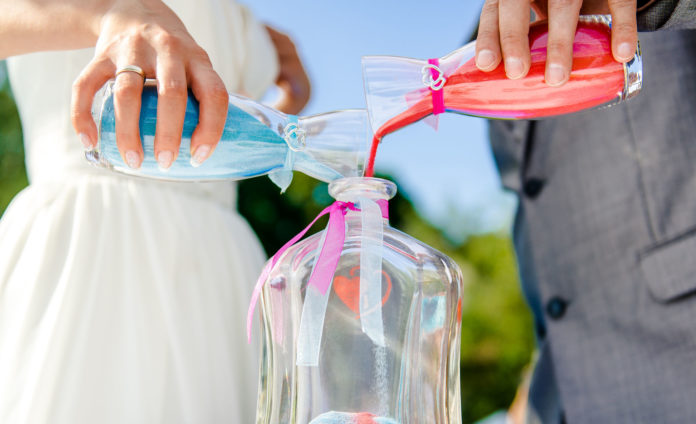 Weddings involve extravagant decor, grand revelry and plush gifts. They also involve various eccentric age-old customs and traditions. Without all of these elements blended together in perfect harmony, a wedding can easily lose out on its true essence. While elegant decor and vivacious parties work towards making the wedding memories worthwhile, it is the traditional customs and rituals which add meaning to a wedding. These ceremonies not only bring two people together but also their families, while binding them all with the thread of love and warmth. 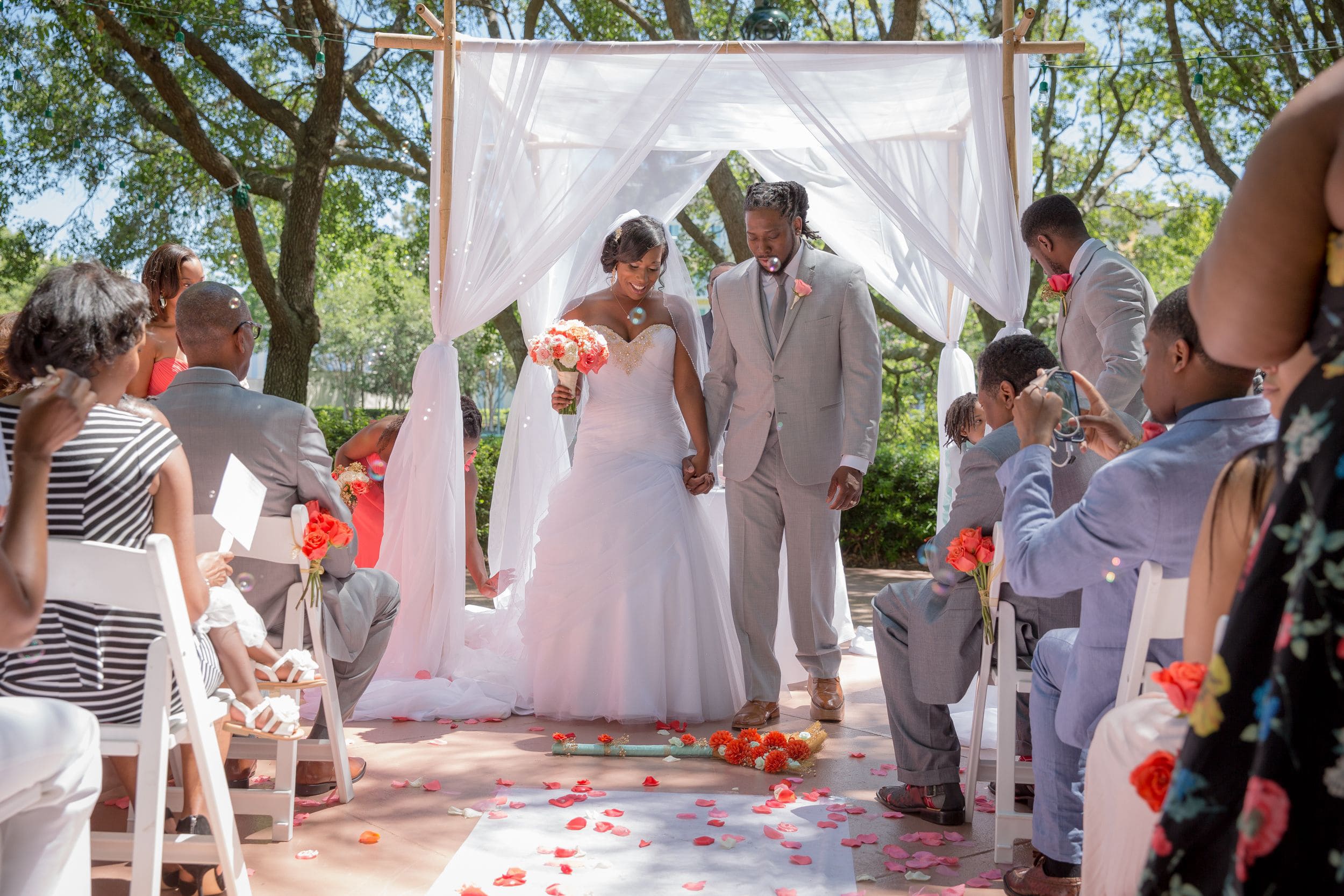 ‘Jumping the Broom’ is a wedding ritual practised in West African weddings and Wiccan communities. The ritual is usually performed after the wedding ceremony is over and the couple has been pronounced as officially wedded. During the ritual, a broomstick is placed in front of the newlyweds as they are expected to jump over it. The jump symbolises that the newlywed couple will now push away their old lives and step into forming a new life together. The custom is believed to have originated in the 18th century in Europe, to bypass the intervention of the church in a marriage because the marriage rituals of the Gypsies or the Roma were not acknowledged by the church. One such prominent ritual observed in Wales was the ‘Besom Wedding’. The marriage ceremony was quite similar to that of the ‘jumping the broom’ ritual, where the couple had to jump over a broomstick without touching it. Moreover, to invalidate the marriage a couple had to take the jump, only backwards. Some brides make their own brooms while others go for highly adorned, ready-made ones. Nowadays, the broomsticks are embellished with silk ribbons, fresh or silk flowers, bows, beads among others. 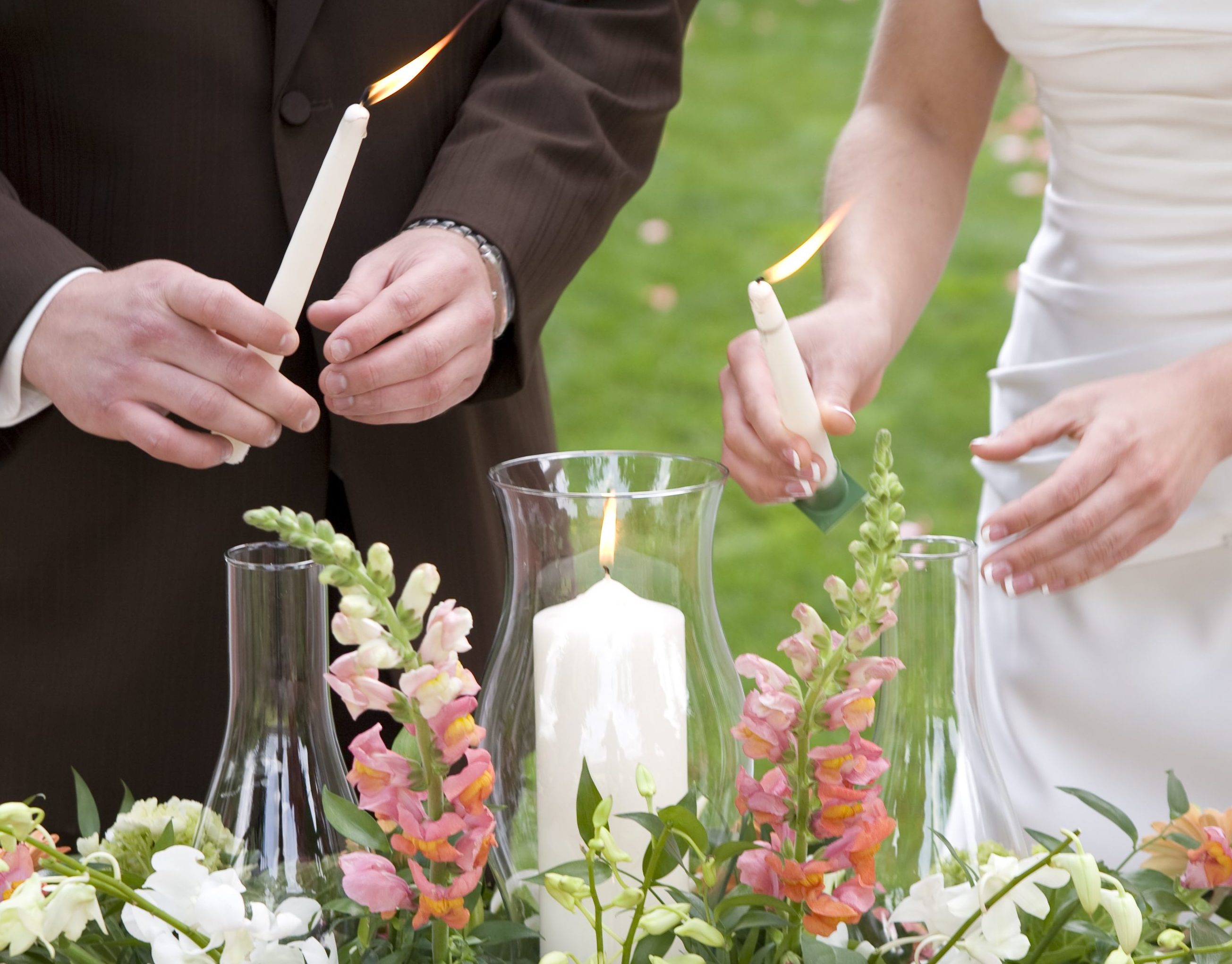 The unity candle ceremony holds a deep significance. It symbolises the union of the bride and the groom, and their respective families. The ritual is performed right before the wedding vows have been pronounced. During the ritual, two taper candles are placed on either side of a large pillar candle or the unity candle. The taper candles are usually lit by the mothers and then handed over to the bride and groom for them to light the unity candle. After lighting the unity candle, the couple then proceeds to blow out their respective taper candles. This symbolises that the couple’s separate lives will cease to exist. The two flames blend only to create a new, signifying that the couple has inextricably connected into the bond of commitment and love. This ceremony is most commonly performed in American Christian Weddings. It is believed to be a fairly new ceremony popularised by a television show. 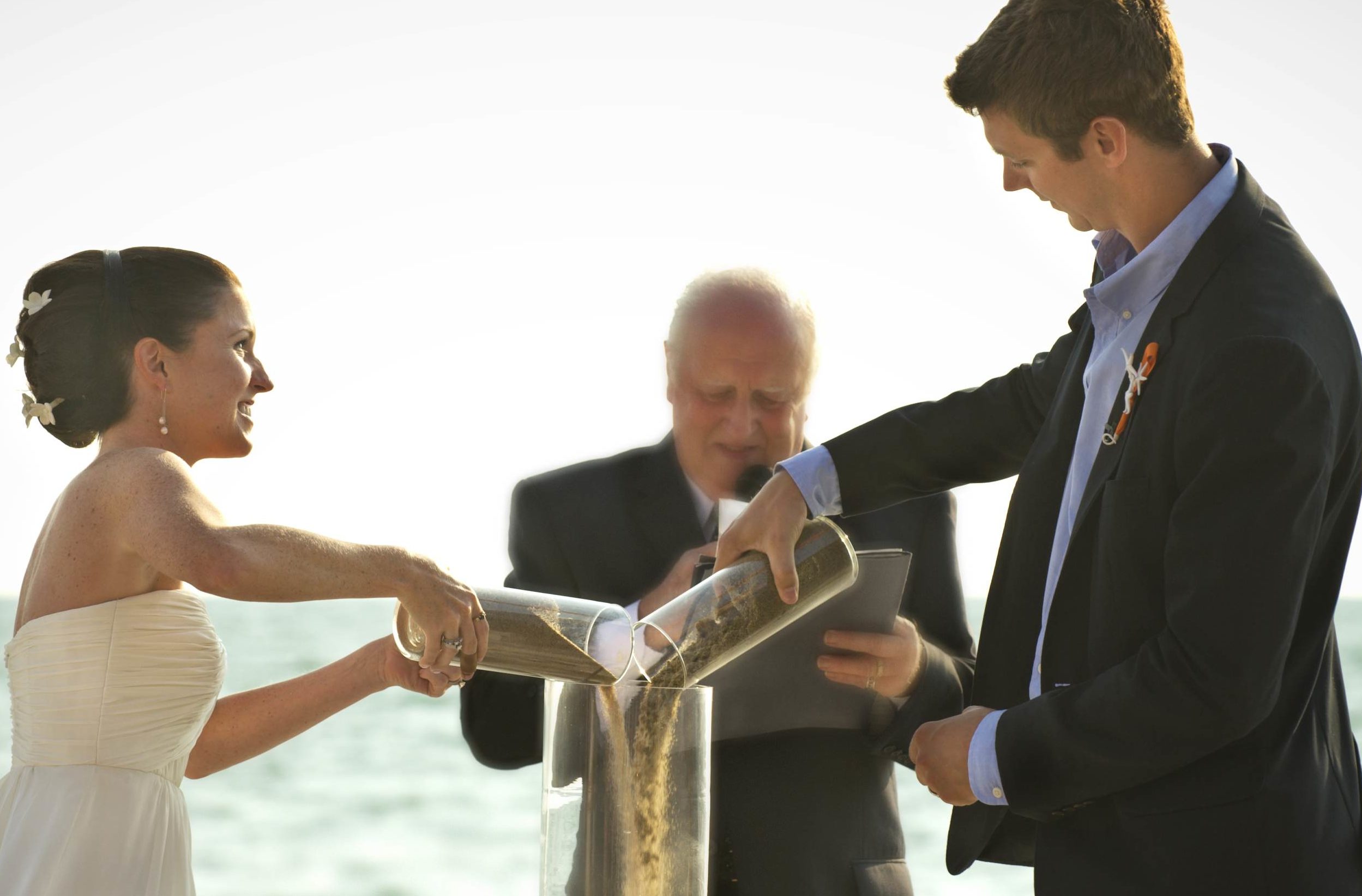 The ritual of Sand pouring is quite similar to that of the unity candle wedding ritual and it usually takes place after the wedding vows have been exchanged between the couple. During the ceremony, the bride and the groom are handed a vessel full of sand. Both the vessels contain a distinctive colour of sand. The bride and groom together pour sand into the shared vessel from their respective containers creating a beautiful one-of-a-kind layering, thus symbolising that the two lives cannot be separated thereon and that the couple has tied themselves into an eternal bond for life. It is believed that the ritual is derived from a Hawaiian tradition which involved scooping of sand from around the bride and groom’s feet by seashells and then pouring it into a single container. Some other ancient cultures, wherein traces of coloured-sand mixing can be found, include the Mandalas of Tibet, the Parlors of Victorian England and the Japanese form of sand-tray art. However, the quirky ritual is said to be majorly popularised by the Hawaiians and the Native American communities. 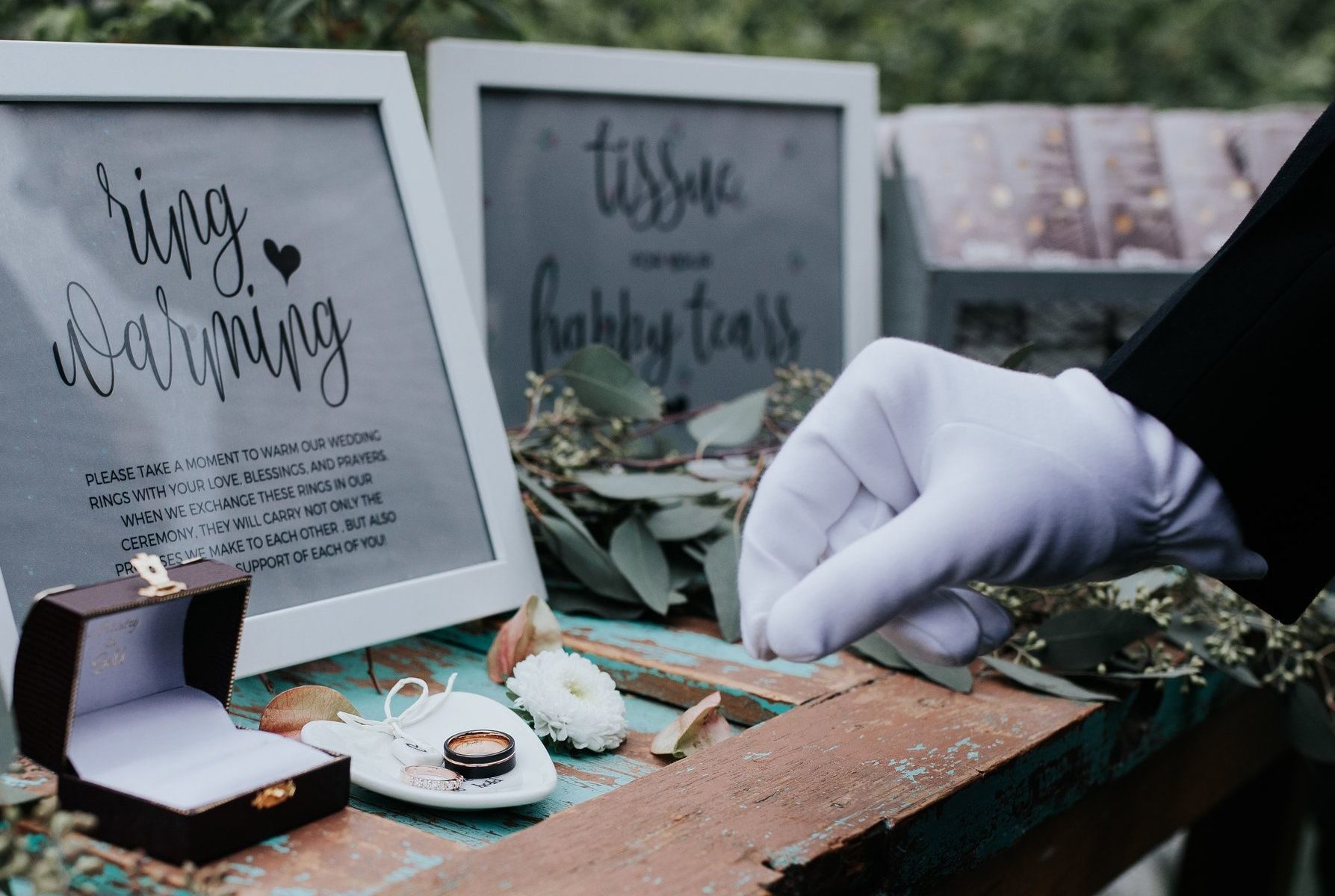 Ring warming ceremony has been an integral part of the Irish tradition. This ceremony is more meaningful because it involves the participation of each of the wedding guests present at the wedding. During the ceremony, the wedding guests are given the opportunity to hold the wedding bands for a brief moment and wish good luck to the couple. Ring warming ceremony can take place in two ways. Firstly, each guest passing the rings to the next or the other way is to keep the rings at a special table where the guests can one by one warm the rings. After the rings have been warmed by the blessings of the guests, it is returned to the bride and groom. Once the rings have been blessed, they certainly hold much more meaning as the two partners wear them every day of their lives as newlweds. The ceremony is widely practised in Ireland and is also considered a sacrosanct wedding custom. 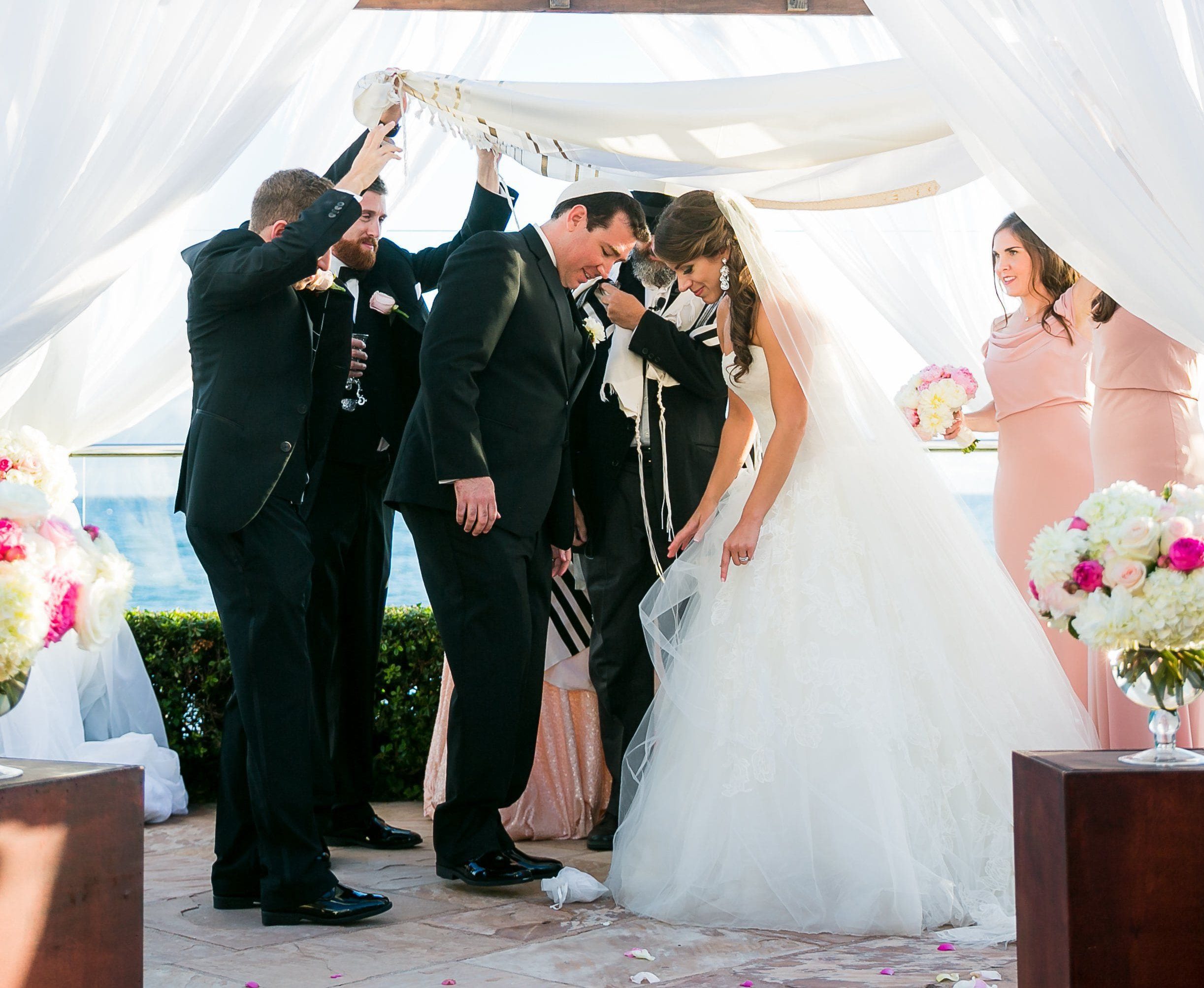 Breaking the glass is one of the most-renowned and long-standing Jewish wedding ceremonies. The ceremony stands as a symbol of destruction of the Jewish Temple in Jerusalem as some Jews believe that despite the joyous moments in life they still feel remorse of the destruction caused to the Jewish Temple. During the ceremony, the groom engages in smashing a glass with his right foot. Just as a broken glass cannot be fixed, it is believed to show the permanence and eternity of a wedding. There’s another belief associated with the ceremony – just like the broken glass cannot be brought back to its original state of being likewise, the bond of wedlock is irrevocable and thus cannot separate the lives of the couple. The glass to be broken is wrapped with care so as to prevent any injury. 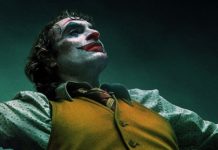 5 Indian Wedding Rituals That Will Blow Your Mind Away