Malayalam actress Miya George and her fiancé, businessman Ashwin Philip, got married in a close-knit ceremony in Kochi on September 12. The duo has been trending incessantly on social media after pictures from their dreamy wedding surfaced on the Internet. The couple married following all the government protocols amid coronavirus crisis. They married in the presence of their close friends and family. The guest list included about 50 people. During the ceremony, Miya looked drop-dead gorgeous in a lacy gown while Ashwin suited up for the wedding.

For her big day, Miya George wore an off white gown with lace detailing. She chose minimal accessories and middle-parted hairdo to complete her wedding look. Ashwin, on the other hand, looked handsome in a blue suit. Miya George’s bridesmaids wore lavender dresses for the wedding.

The wedding decor highlighted light pink roses along with a Victorian touch with chandeliers and candle. Miya George’s outfit was also colour co-ordinated, giving it a special look. The intimate yet stunning ceremony saw stunning decorations with pastel colours combined with ivory and white. Most things in the room appeared to adhere to the Victorian theme, including Miya George and husband Ashwin Philip’s outfits. The two love birds dressed up in traditional attires which were mostly a mix of light pink and blue. 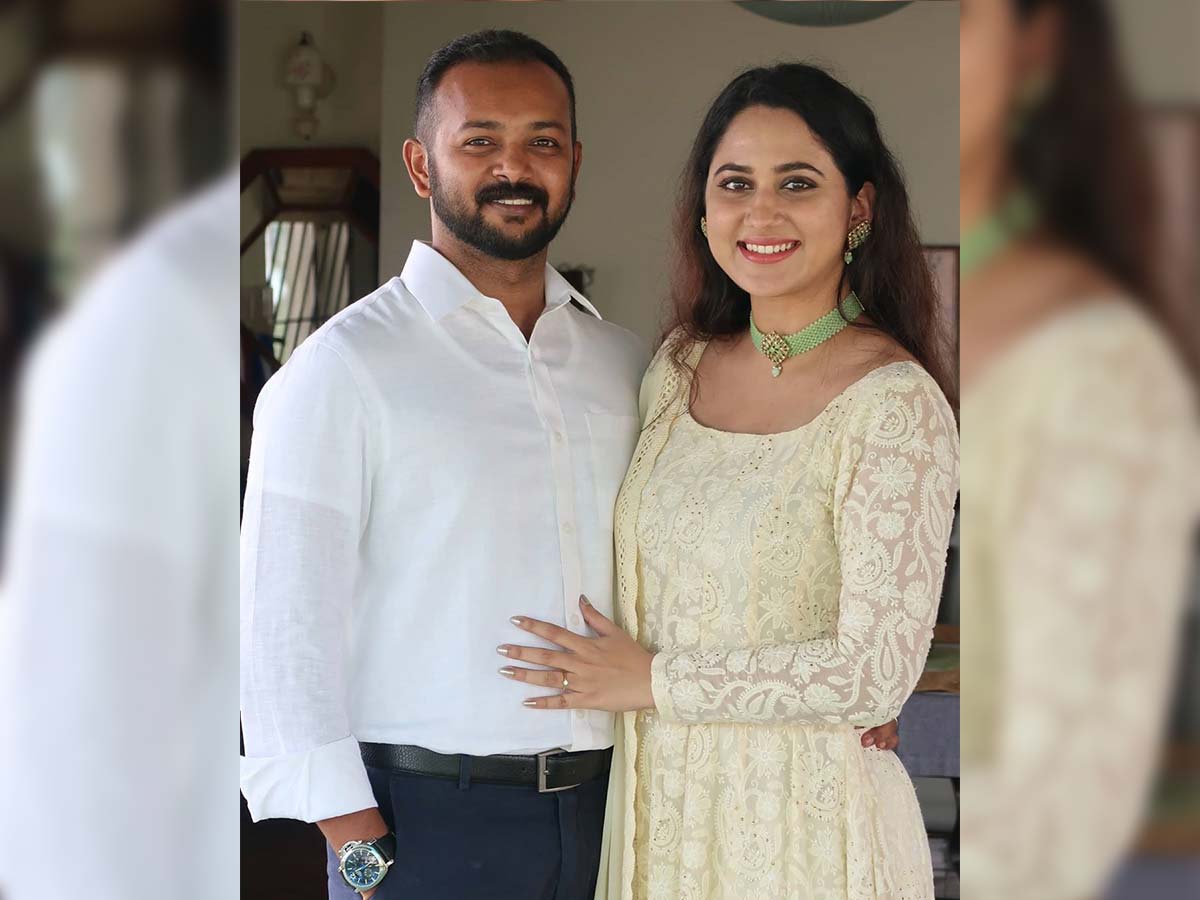 Last week, Miya George and Ashwin Philip had their engagement in a small ceremony. The actor shared the pictures from the ceremony online. Sharing the photos online, Miya George wrote. “I just realised..All the tym I was looking at u nly my love”. The duo’s families and close relatives were present at the function. Miya chose to wear an off white heavy embroidery Anarkali suit. She picked a green choker and matching stud earrings. Also, her fiancé chose to wear a simple white shirt and navy blue pants.

Miya George’s best friends threw her a surprise bridal shower ahead of her wedding. She took to Instagram to share a couple of photos from the bridal shower and it looks like they had a ball of a time. The theme of the bridal shower was blue and pink. While Miya looked gorgeous in a baby pink lehenga, her friends wore blue dresses for the occasion. 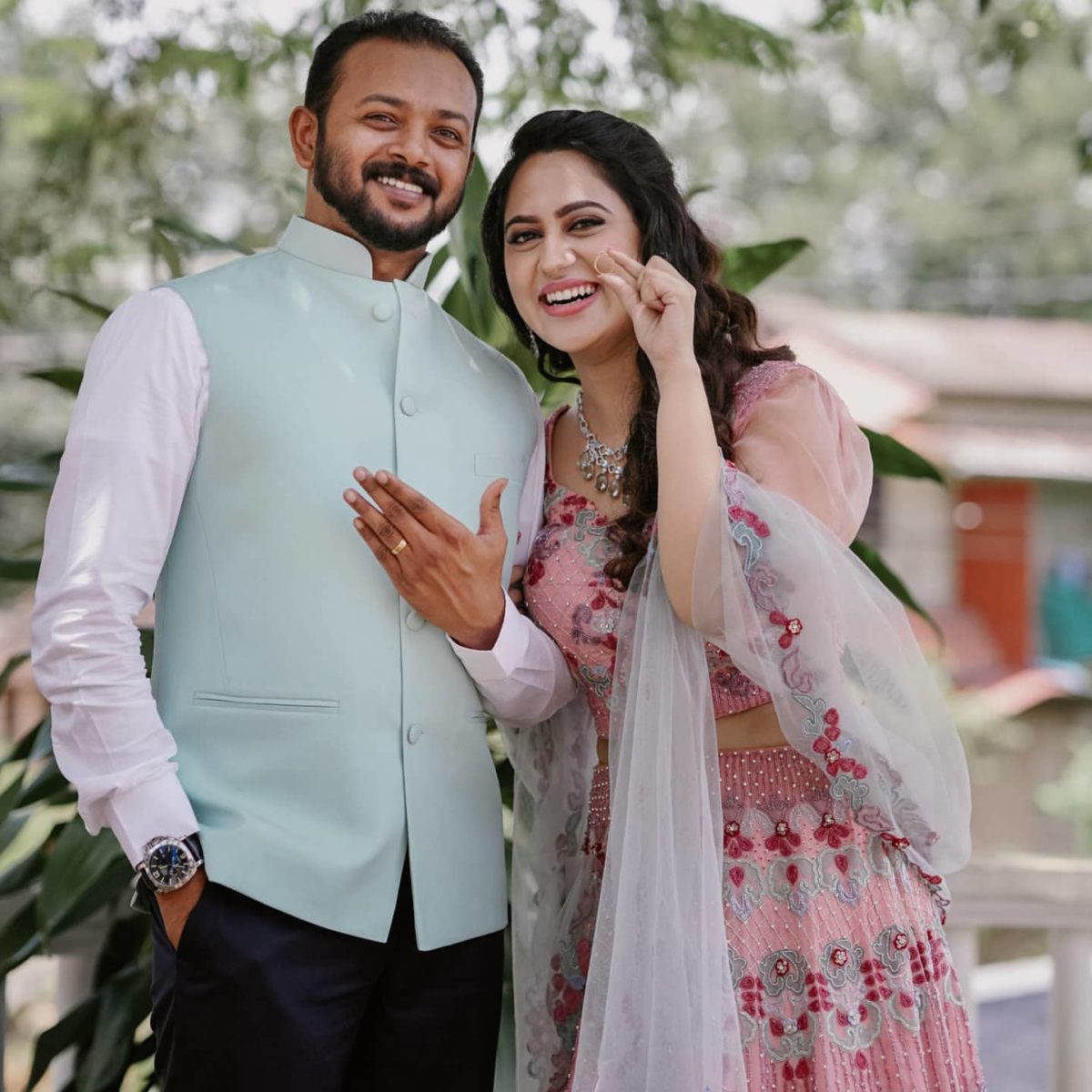 Miya George began her career on television and eventually made it to the silver screens. She starred in many memorable roles in Tamil and Malayalam films. Some of her notable films include Memories, Amara Kaaviyam, Indru Netru Naalai, Oru Naal Koothu, Brother’s Day and Driving Licence.

According to India Today, Miya George has been roped in to play a pivotal role in director Ajay Gnanamuthu’s Cobra starring Chiyaan Vikram. The makers of Cobra are waiting to shoot the remaining portions of the film in Russia.