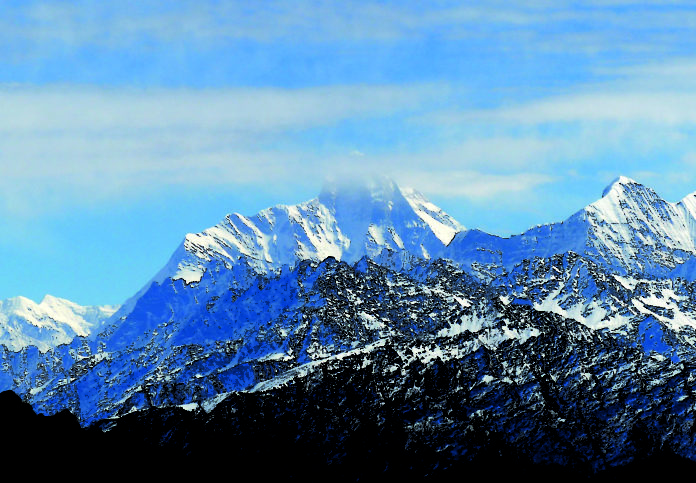 If an extravagant wedding is on the cards for you, then a sweeping romantic honeymoon cannot be far behind. To make the most of your honeymoon in the sweltering summers, pick destinations which rest far away from the sun’s gruelling gaze. Filled with the abundance of warm memories in your beloved’s arms, freezing cold places will make for the perfect honeymoon-picks this season. Picturise yourself with your partner more than a 1,000 miles away from the blazing summer heat of metropolitan cities, romancing in chilly and wintry destinations, shall certainly add the desired saccharine to your honeymoon. Valleys and hills are destinations, where the rays of sun feel like a blessing rather than a blow to the sweetest days of your lifetime. Wedding Affair brings to you a curated list of destinations which offer a perfect love-escape from the soaring heat. 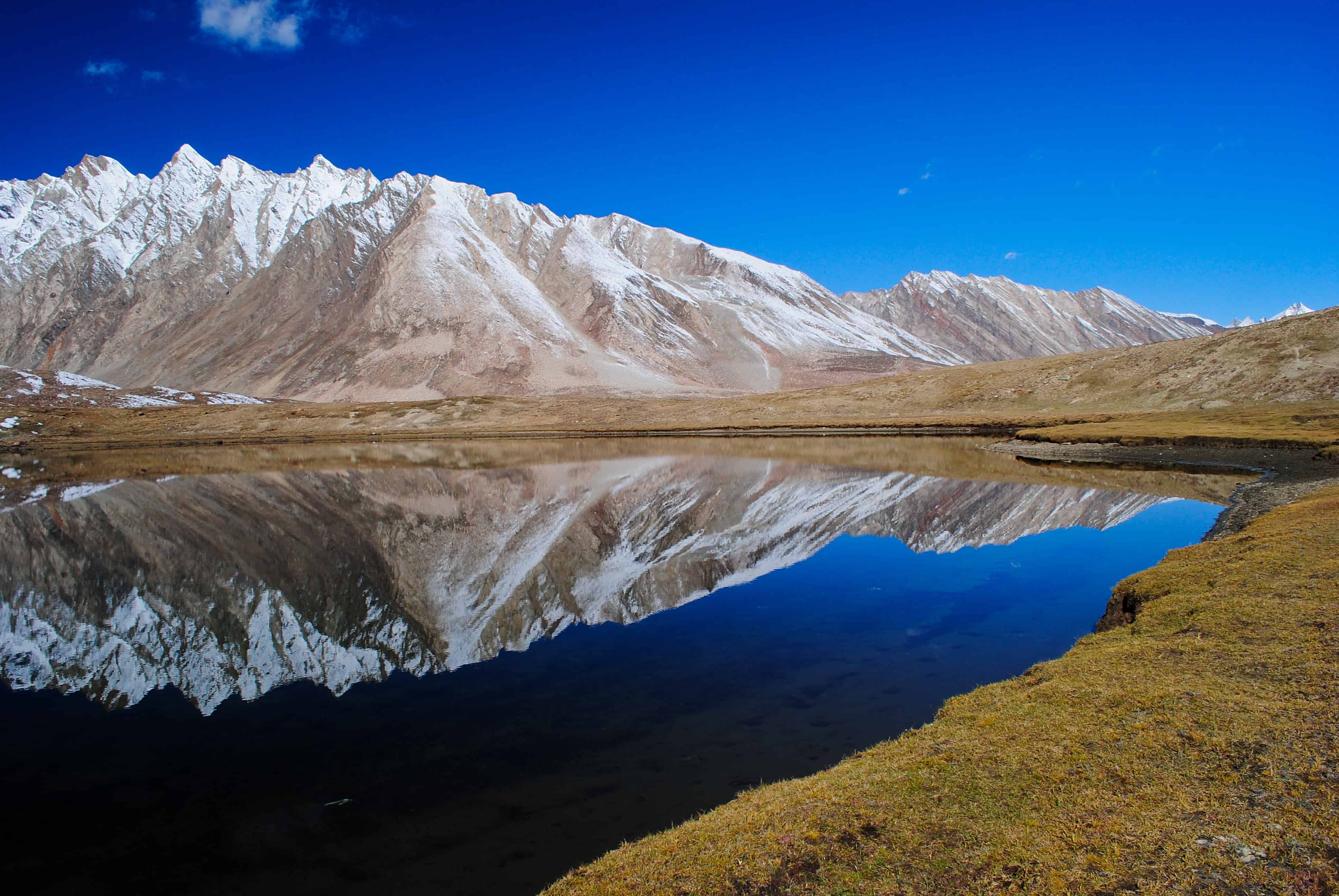 Enshrouded by lofty snow-clad mountains, Ladakh makes for the perfect summer escape. The serenity of Ladakh is such that it is bound to leave you enchanted. Astonishing Buddhist monasteries and mesmerising stupas add an extra charm to its already stunning landscape. The Pangong Tso Lake is absolutely enchanting and has been a hot-spot for numerous Bollywood film shoots. The lake has been attracting tourists from around the world by its alluring, colour changing propensity. From azure to green to grey, the magnificent lake changes multiple colours throughout the year. The tranquillity surrounding this lake is unparalleled. Take romance a notch higher, as you relish the captivating beauty of this lake with your beloved. Another picturesque location at Ladakh where you and your partner can visit for sightseeing is the Nubra Valley. In Ladakh, it is popularly known as the ‘Valley of Flowers’. During the early summer months, this valley is scattered with yellow and pink wild roses, adding to its pristine beauty. The road to Nubra gives you a chance to witness the overwhelming beauty of the Khardung La Pass. Moreover, there are numerous astonishing monasteries in Ladakh which can spiritually uplift your souls. Some of the most popular monasteries situated in the scenic landscapes of Ladakh include the Hemis, Thiksey, Diskit or Deskit and Spituk. 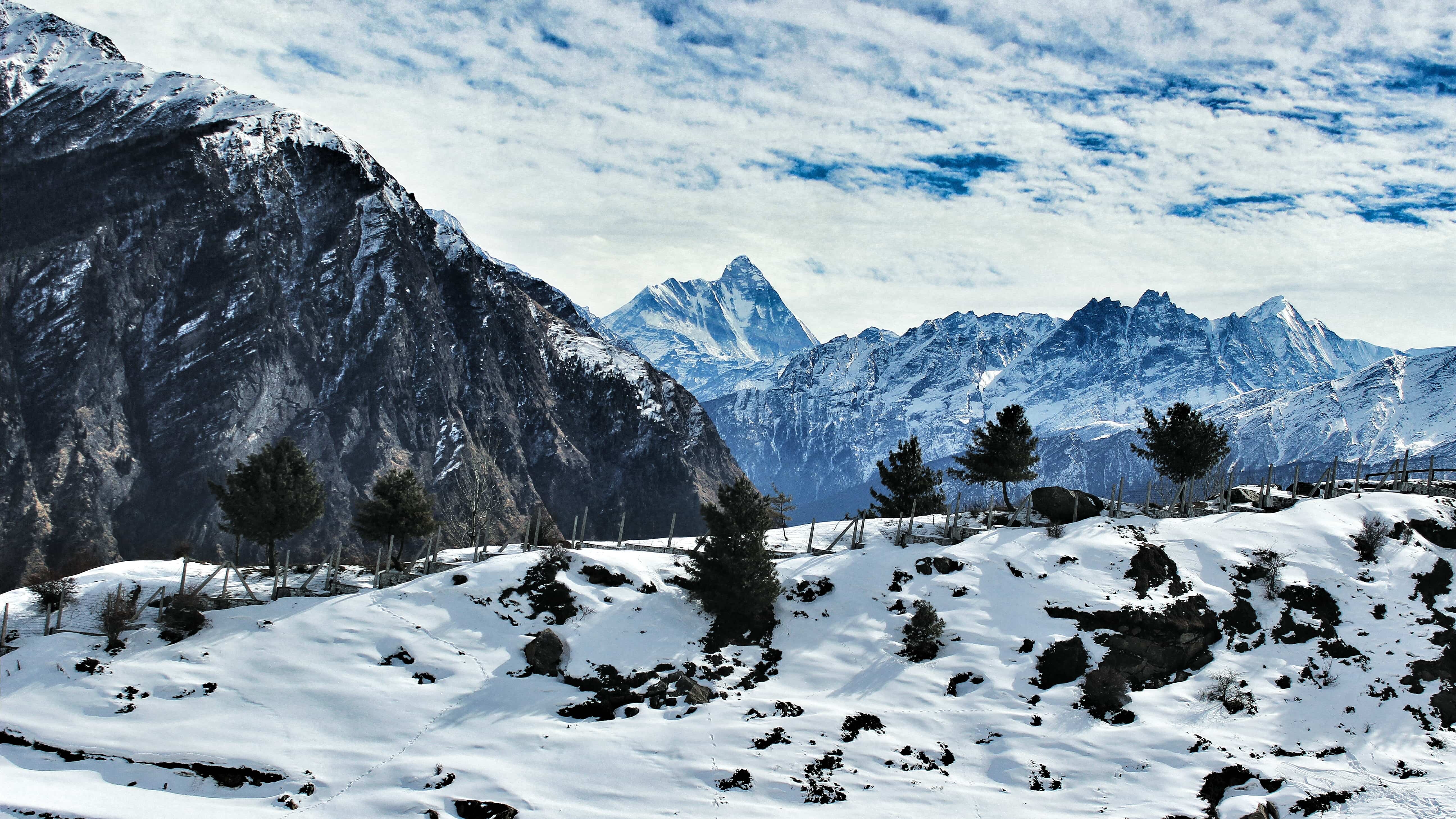 Situated 3,000 metres above sea level, Auli is a land of adventure. Skiing, trekking, camping and numerous other adventurous activities can be carried out in the idyllic landscape of Auli. It is also India’s premier skiing destination, and hence one can feel the maximal rush of adrenaline here. Don’t forget to catch the extraordinary views of the Nanda Devi ranges through the top of cable car station. Auli is home to lush greenery and is endowed with an extraordinarily alluring backdrop amidst the lofty snow-clad peaks of Garhwal Himalayas. The opulence of nature can be experienced to its fullest and the feels of honeymoon shall certainly be unforgettable amidst the exotic setting of Auli. Taking a romantic stroll around the scenic Chenab Lake is bound to add much to the bag of your honeymoon memories. You can also pay a visit to the highest man-made lake in the world, Auli Artificial Lake. Perched on the base of mountains like Nanda Devi and Valley of Flowers, the spellbinding lake certainly ranks as one of the must-visit sites in Auli. The panoramic beauty of this lake is something one cannot afford to miss the glimpses of. Some other tourist places in proximity to Auli include Kuari Pass, Badrinath and Tapovan. 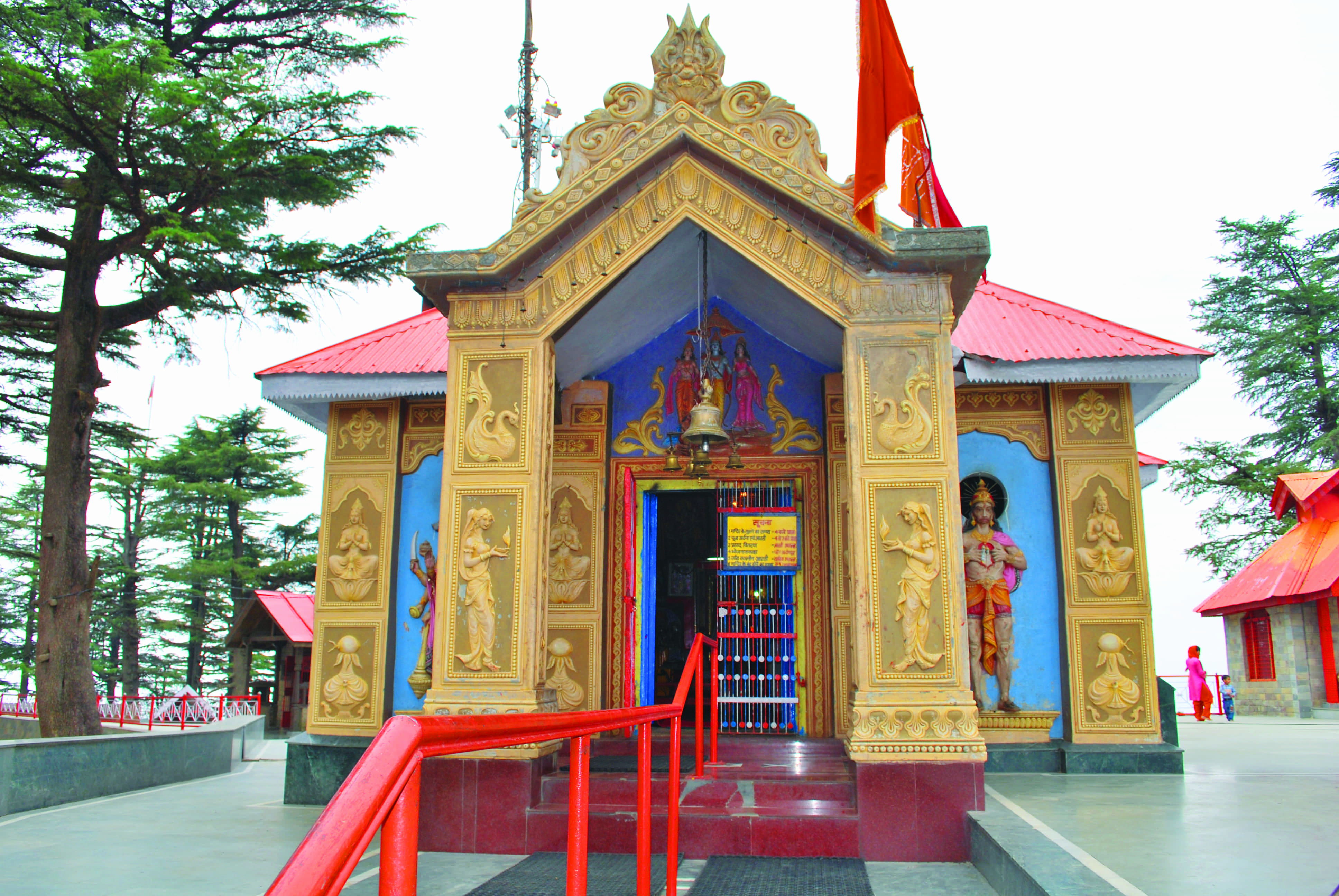 The capital city of Himachal Pradesh, Shimla is bestowed with abundance of natural beauty. It is one of the most sought after honeymoon destinations of India which holds plethora of nature’s riches and was also once popular as the ‘British Summer Capital’ of India. Words fall short when it comes to portraying the charms of this fascinating landscape. The Ridge Road in Shimla is widely known as its cultural hub. The area also houses a famous shopping centre where you can splurge to your heart’s content. This road is also home to the second oldest church in North India, the Christ Church. Modelled on the neo-Gothic style of architecture, the Christ Church glows during the night with full magnificence. The tranquillity of this place attracts tourists from far off places. Situated at Shimla’s highest peak on Jakhoo Hills, Jakhoo Temple is also one of the prominent tourist spots of Shimla. The ancient temple is devoted to the worship of Lord Hanuman with one of the world’s largest Hanuman statues at 33 metres (108 feet) standing in its premises. Some other well-known places to visit in Shimla include Kufri, Chail, Mashobra and Green Valley. 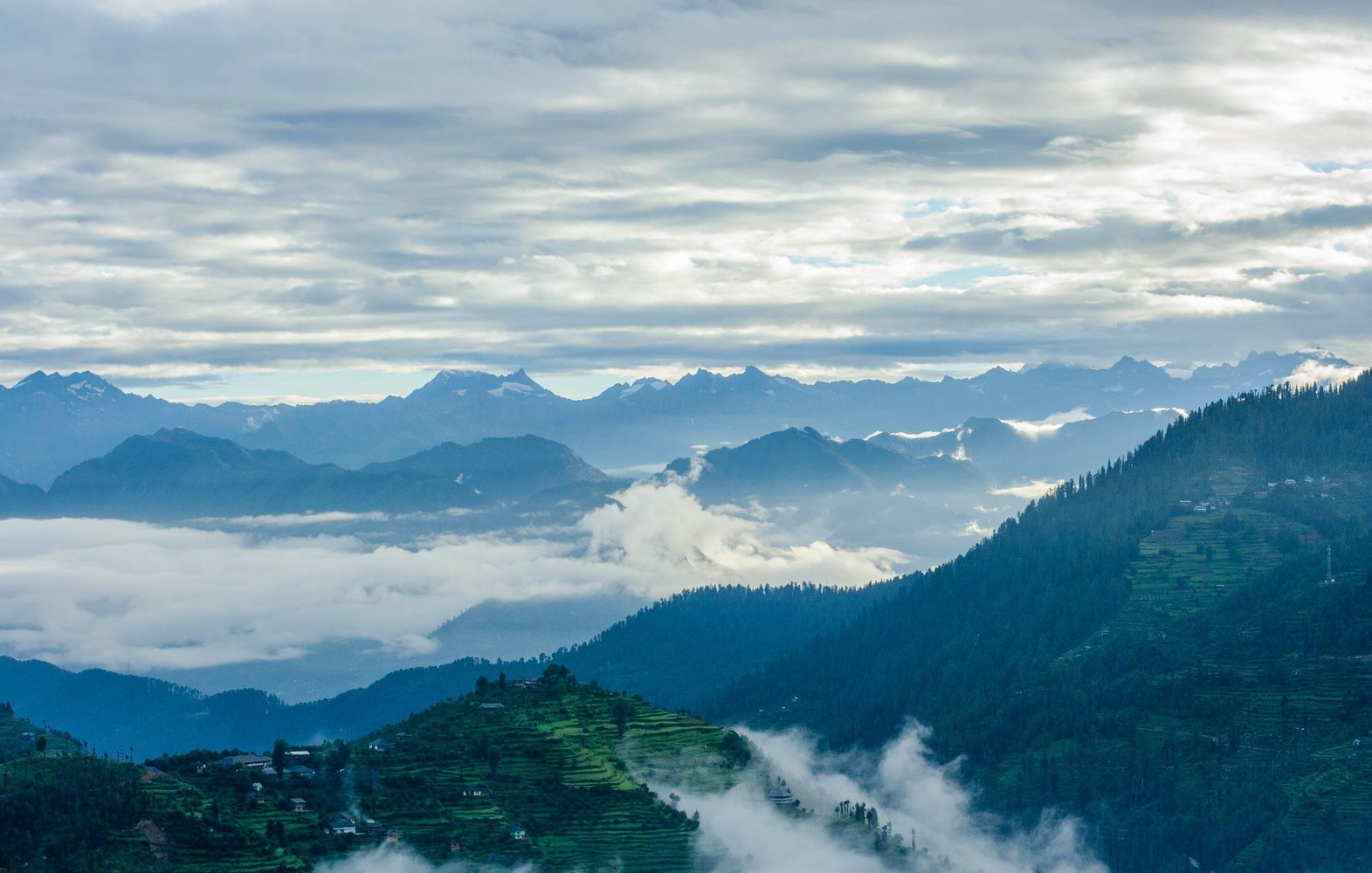 Romancing in a secluded countryside set-up can never go out of fashion. Mighty mountains, flowing rivers and nature’s pristine greens make for an ideal backdrop for love to bloom. Tucked away in Himachal Pradesh, Tirthan is one of the best offbeat destinations. Owing to its untold endowments, the Tirthan valley rests miles away from the touristy rush. Approximately 80 kms away from Kullu towards Tirthan, the scenic Jalori Pass makes for an ideal trekking spot. Soak in tranquillity as you and your beloved traverse through the secluded villages, clear rivers and stunning waterfalls. Gaidhar Waterfall and Chhoie Waterfall are the two prominent attractions in the valley. There are a multitude of things you can do in Tirthan including trekking, fishing, camping, river crossing, rock climbing and bird watching. Within the Great Himalayan National Park situated in Tirthan Valley, as good as 180 species of birds have been spotted. For nature lovers, bird watchers or even photographers, Tirthan proves to be a haven. One can also spot numerous rare and migratory birds flying freely in the pristine environment of Tirthan. Jibhi, Ghiyagi, Gushaini and Banjar are some of the must-visit villages and towns situated in and around the vicinity of Tirthan.