Home Events Namaste America and the US Consulate hosts a ball to mark the...

U.S. Consul ‘General Thomas L. Vajda’ and President of Namaste America ‘Atul Nishar’ co-hosted a ball at the U.S. Consulate at BKC to mark the swearing-in of the 45th President of the United States of America- Donald Trump.

Hosted at the beautiful vast green lawns of the U.S. Consulate, the event represents the second time that the Consulate and Namaste America have partnered to host an inaugural ball. The event follows a long history of successful inaugural events that the Consulate has hosted in Mumbai. 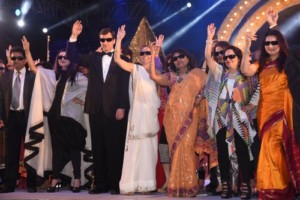 “What better way to showcase the bonds between our two countries than by co-hosting this wonderful evening for Indians and Americans to come together to mark an important event in American democracy – the inauguration of a new U.S. President – and the democratic values and principles we both share,” affirmed Consul General Vajda. 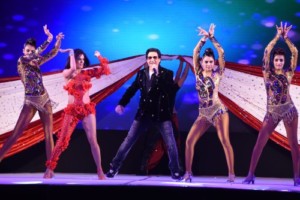 The evening was a blend of zest and excitement and was in a full swing. The beginning of the evening saw a striking performance by the “Guru of Dance” Shiamak Davar and his dance company. The energetic performance included an interaction with all the guests present at the event with an impromptu jig on the Bollywood number Kala Chashma. This was followed by the official first dance by Mr. Atul Nishar and his wife Alka Nishar along with U.S. Consul General Thomas L. Vajda and his wife Amy Sebes.

“It is an extreme honour and a moment of pride for us to co-host this ball to celebrate the 45th President of USA – Mr. Donald Trump. India and the United States being natural partners, I am confident that President Trump and Prime Minister Modi will continue to work to improve the economy and standard of living in both countries”, said Atul Nishar, the President of Namaste America.

Namaste America Indo American Association of Art and Culture, which is committed to foster goodwill by providing a platform for cultural and trade exchange.

Discussing Nasimi At The R-Day Celebrations Of Azerbaijan In Delhi

Sartorial Delight At The Emmy Awards 2019