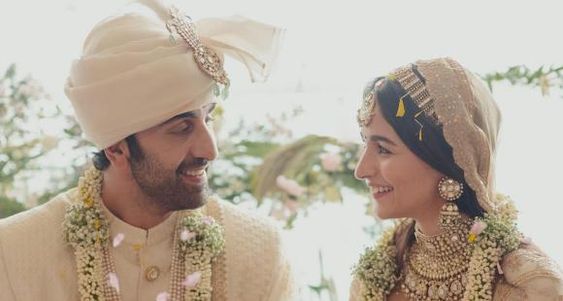 Marriage is considered as the sacred union between two people and a commitment towards each other. There is a lot of fan base when it comes to Bollywood celebrities and we often look up to their lifestyle choices. Here is a list of Bollywood celebrities who’ve set a perfect example for us by breaking certain marriage stereotypes.

Rajkumar Rao and Patralekha tied the knot in Chandigarh on 15 November 2021. According to customs, the groom is supposed to put sindoor on the bride’s forehead. In one of their wedding videos, Rajkumar is seen asking Patralekha to also put sindoor on him and she happily did.

Marriages involve considerable lifestyle changes that can be overwhelming to both the bride and groom. The conventional bidaai involves only the woman crying. But can’t women smile during their bidaai? Of course, they can! While actress Angira Dhar was all smiling at her wedding, her groom Anand Tiwari teared up. He also broke another stereotype by putting henna on his hand with Angira’s name.

Conventionally, male priests are appointed for wedding rituals but Dia Mirza and Vaibhav Rekhi broke stereotypes by appointing a female priest for their wedding. They also didn’t follow the age-old custom of Bidaai and Kanyadaan (Giving away the bride). Dia Mirza in a social media post wrote, “I had never seen a woman performing a wedding ceremony until I attended my childhood friend Ananya’s wedding a few years ago. Ananya’s wedding gift to Vaibhav and me was to bring Sheela Atta who is her aunt and also a priestess, to perform the ceremony for us”.

Women marrying men younger than them has always been a source of condemnation for them. Katrina Kaif not only married Vicky Kaushal who is younger than her but also broke a stereotype where the brothers of the bride hold pholon ki chadar. She made her bridal entry with her sisters who were holding it for her. In a social media post she posted a picture of the same and wrote, “Growing up, we sisters always protected each other. They are my pillars of strength…May it always stay that way”.

Purab Kohli and Lucy Payton subverted societal norms by marrying two years after becoming parents. They decided to marry when their daughter turned two. Kohli in an interview said that “We always wanted to get married, but didn’t want to rush into it. When Inaya was going to come into this world, it was a glorious moment by itself, and we didn’t want to dilute that by suddenly rushing into marriage.” He also said in another interview that most of the things at their wedding were centred on their daughter.

Neena Gupta has been one the most unapologetic actors till today. She was in a relationship with Vivian Richards in the 80s and had a child out of wedlock. At that time, several people proposed to marry her but she refused to marry under societal pressure. She found love at the age of 50 and married Vivek Mehra.

Celebrity style inspired makeup look which you should try!

All about Princess Beatrice and Mapelli Mozzi’s private royal wedding