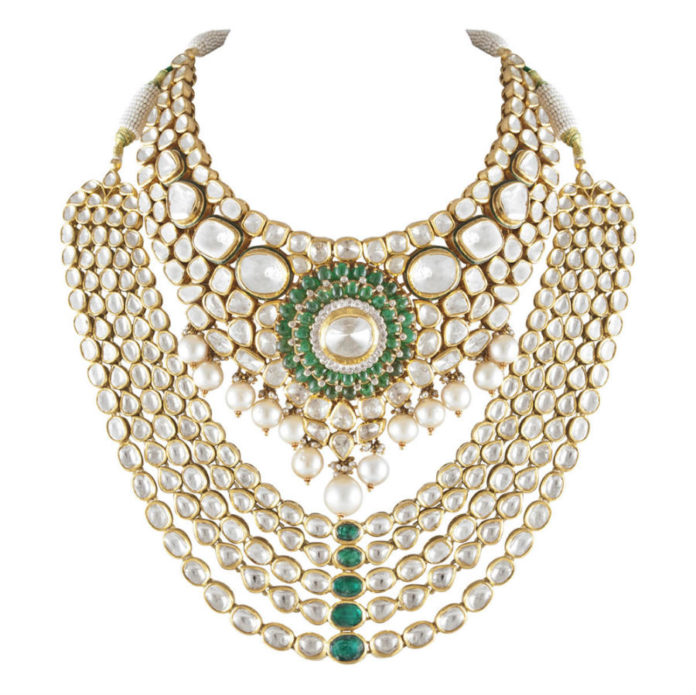 Narayan Jewellers, a household name in the glamorous and glittery world of jewellery, entered the National circuit with the launch of their new bridal collection with designer Rina Dhaka at the FDCI Couture Week. The event was presented by #HonorTheSmile campaign, an initiative by NGO Smile Foundation. Narayan Jewellers by Ketan and Jatin Chokshi, a renowned jewellery brand from Vadodara, has been in the business for more the seven decades. 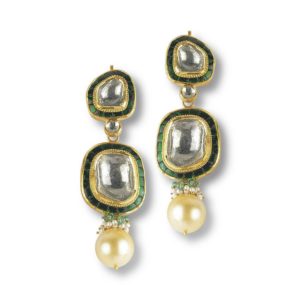 Narayan Jewellers won two mega awards at the Retail Jewellers India Awards, also dubbed as the Oscars of the Jewellery industry in India. Narayan Jewellers stood tall as the sole jeweller from Gujarat to have won two awards this season – the Jewellery Buff’s Choice Award for their Diamond Vivah set, against 20 other nominees and Platinum Jewellery of the Year Award against five other nominees at the 13th edition of Retail Jewellers India Awards 2017.

Bollywood beauty Huma Qureshi looked like a million dollars as she glided down the runway as the showstopper at the FDCI Couture Week. Qureshi adorned the Narayan Jewellers timeless and glorious diamond necklace, which had bagged the award. A statement of elegance and panache, the incredible diamond encrusted neck piece consisted of a choker necklace, attached to another cascading multi- layered neck piece. 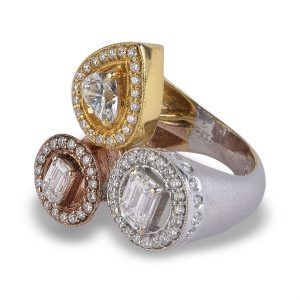 For most Bollywood celebrities, Narayan Jewellers has remained a constant favourite. Actor Divya Khosla Kumar and Taapsee Pannu sported striking and eye-catching pieces curated by Narayan Jewellers at the recently held IIFA Green Carpet 2017 in New York. Their pieces have also been spotted at the Oscar red carpet and flaunted by many Bollywood celebrities during their wedding ceremony. 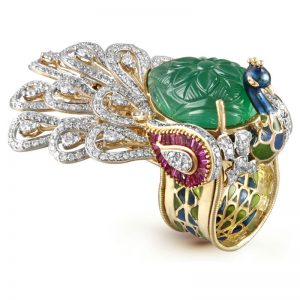 “The festive season of 2017 has started on a grand note for us. Being the only brand to win two awards consecutively for the 2nd year at one of the biggest and the most prestigious jewellery platform in the Indian industry, the Retail Jeweller India Awards, makes us feel humble and ecstatic. Especially winning the jewellery buff’s choice award amongst a competition of 20 of the best Vivah pieces in the country, is a moment of pride for us”, shared Jatin Chokshi, Owner, Narayan Jewellers Vadodara. “These awards stand as a mark of inspiration as we continue to set higher benchmarks in deliverance, quality and innovation. Our 2017 Bridal collection which we launched at the FDCI Couture Week with Designer Rina Dhaka is a testimony to that. It is rare to find an opportunity to mix glamour and the chance to make a difference to society. It was an honour to be part of the #HonorTheSmile campaign by Smile Foundation at the FDCI show. Rina Dhaka’s collection added the magic to our Jewellery”, further added Ketan Chokshi, Owner, Narayan Jewellers.

A Perfect Mélange for Your Dream Wedding: Hyatt Regency Dharamshala

Indulge In Extravagance With The Royal Orchid Hotels